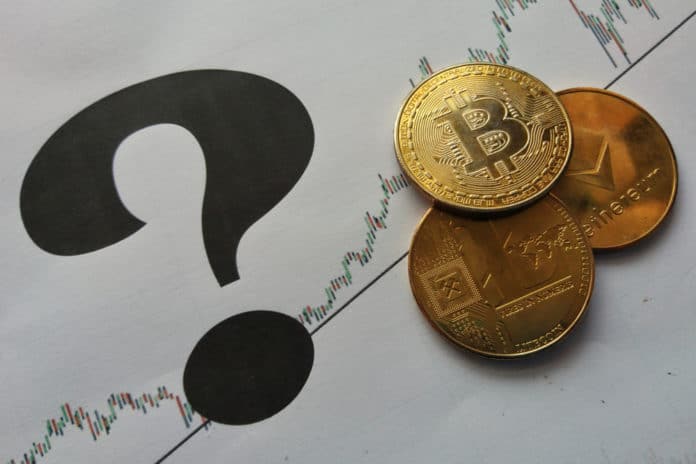 Cryptoground flagged the movement of almost $141 million in Bitcoin which raised significant alarms, causing investors to fear that such a move would cause a sudden dip in the value of Bitcoin. Despite these fears, the defunct cryptocurrency exchange is still on lockdown ever since the 2014 heist. Mt Gox is currently not allowed to liquidate their assets without consent from Japanese authorities.

Contents hide
1 Unknown whether assets have been sold
1.1 Related Articles:
2 Crypto investors and enthusiasts urge traders not to panic

Unknown whether assets have been sold

The 16,000 BTC and 16,000 BCH that left Mt Gox’s wallets, entered different accounts that are currently not associated with the company. Mt Gox may have moved the Bitcoins in preparation for a sale event. The nature of the transaction is, however, unknown at this point in time.

Bitcoin enthusiast and investor Alistair Milne stated on twitter that it looks like: “16k Bitcoin from Mt Gox were consolidated to this address. We obviously don’t know if they were sold or just moved for some other reason.”

Looks like 16k BTC from Mt Gox were consolidated to this address
We obviously don't know if they were sold or just moved for some other reasonhttps://t.co/rr05Vn7Fnv pic.twitter.com/eMS1vMCG3l

It’s not a surprise if the recent transactions are a result of a sale event. It’s reported that Mt Gox trustee, Kobayashi sold $400 million worth of Bitcoin from December 2017 to February 2018 to pay back Mt Gox’s creditors.

The sale of Mt Gox’s assets may have also been a contributing factor to Bitcoin’s low prices in February 2018. Milne also tweeted his observations concerning Mt Gox’s $18,000 Bitcoin transfer the day before Bitcoin hit $6,000 on February 6, 2018.

Want to know who was selling the bottom? 18k of MtGox's BTC transferred the day before we hit $6000 on Feb 6th pic.twitter.com/nluQpexhoM

“The last time this happened, Mt Gox proceeded to sell the funds at market rate, practically sending the entire market in the red,” said Ivo Jonkers, cryptocurrency trader. “I wouldn’t be surprised if this happens again.”

Crypto investors and enthusiasts urge traders not to panic

In a report prepared for the Tokyo District Court, Kobayashi made plans to raise additional funds for more Bitcoin and Bitcoin Cash to reimburse the 25,000 accepted claims from creditors. “I plan to consult with the court and determine further sale of BTC and BCC,” said Kobayashi. “The amount of BTC managed by the bankruptcy estate as of March 5, 2018, is 166, 344.35827254 BTC.”

Even if Mt Gox’s assets are not being sold yet, the news alone could cause a drop in the market. CryptoPaul took to Twitter to relieve the fears of traders. “They already confirmed [Mt Gox] don’t have permission to sell anything from judges until further notice, at the very least summer, but everyone is going to panic because they’re sheep and stupid and spreading information does cause the market to dump.”

#mtgox
they already confirmed they dont have permission to sell anything from judges until further notice, at the very least summer, but everyone is going to panic because theyre sheep and stupid and spreading information does cause the market to dump.

It remains unclear what Mt Gox intends to do with their large stash of Bitcoin and Bitcoin Cash. The fear concerning a crash, however, may be irrational. At the time of writing, Bitcoin prices gained 5.99 percent in the last 24 hours.