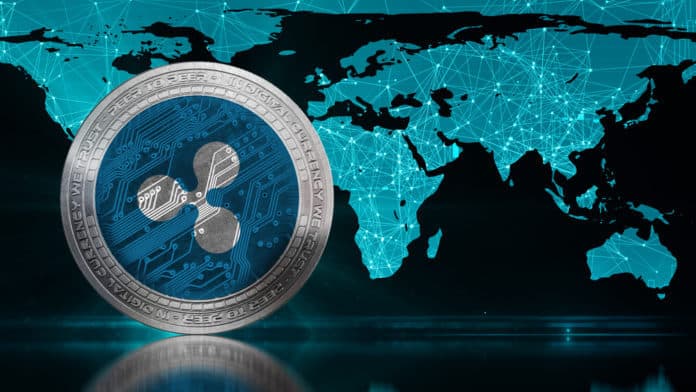 Currencies Direct on 29th May 2018 confirmed that they had completed an overseas payment transfer over Ripple’s xRapid platform. Using the decentralized platform, the payment that usually takes 3-5 days now takes only seconds to complete.

Contents hide
1 What Is xRapid Platform?
1.1 Related Articles:
2 Could xRapid Be the Future of Money Transfer?
3 Future of Remittances

Brian Harris, the Chief Financial officer of Currencies Direct alluding to the success of the entire transaction, made these remarks:

“Our trial with XRP was a resounding success. We’re currently assessing our next steps, but the evidence we’ve gathered indicates that the use of XRP is a game changer, making payments near- immediate and significantly improving service to our customers.”

Ripple developed the xRapid to link financial institutions on blockchain technology that will ease interbank services by using Ripple’s XRP token. This development is a departure from the ubiquitous speculative trading that has characterized cryptocurrencies to give them a new purpose:-as a mechanism of value transfer.

Simply defined, xRapid is a liquidity solution.  Companies using the platform can easily swap assets. XRapid uses the XRP digital asset to provide on-demand liquidity. The use of the XRP digital asset lowers liquidity and thereby reduces costs, while easing real-time payments in emerging markets. XRP is designed for enterprise use and provides financial institutions with a liquidity option to facilitate cross-border payments.

Using Ripple’s xRapid, a financial institution can directly connect to exchanges in the sender and receiver countries.’  The currency of the sender immediately exchanges into XRP token which is simultaneously changed, within seconds, into the receiver’s currency in the second digital asset exchange. Upon completion of the transaction, funds are remitted to the recipient’s account in the native currency. The entire transaction can be tracked end to end for safety purposes. The result of using Ripple’s xRapid and XRP token for this transaction is a cheaper and faster way of transferring money.

Could xRapid Be the Future of Money Transfer?

Ripple has partnered with several financial institutions including central banks and commercial banks across the globe to implement its blockchain-oriented products. Notably, institutions such as the UAE Exchange, Saudi Arabia’s Central Bank, RakBank, Santander, and Cuallix have already implemented ripples blockchain technology in their operations. Actually, Cuallix was the very first bank to test xRapid and XRP and confirmed that the tests were a success.

Admittedly, the recent market crash in the cryptocurrency market has left most investors considering their positions. However, financial institutions are being bullish on Ripple’s technology. In March alone, three money transfer companies: Mercury Group, IDT Telecom and MoneyGram signed up to pilot the xRapid money transfer service.

Mercury FX, a global currency exchange provider, was one of the companies that was involved in a pilot study of the xRapid pilot phase. Alluding to the success of the technology, Alastair Constance, Founder of Mercury FX stated:

“Mercury is delighted with the incredible speed and cost-efficiency of the xRapid pilot phase and is excited about a production rollout in the near future,”

In an interview with Forbes, Constance asserted that “The exchange rates were very competitive.” Additionally, she stated, “…and the transaction times were unbelievable.”

The success of overseas money transfer by Currencies Direct will undoubtedly herald an industrywide adoption of Ripple technology. Predictably, there is likely to be an increase in the amount of institutional money permeating into the cryptocurrency arena.

World Bank projections indicate global remittances are expected to grow by 4.6 percent in 2018. Going by the number of partnerships, Ripple is increasingly becoming the service of choice for most financial institutions. The successful transfer of Currencies Direct has bolstered its position as a fast, reliable, and cheap technology.

Clearly, with most financial institutions adopting Ripple technology, more money transfer institutions will inevitably choose the use of xRapid and XRP to remain relevant. If Ripple manages to obtain a 10 percent market share of all global remittances, there will be a faster flow of money. The more rapid flow of funds will translate into high profits for the companies that have adopted Ripple technology.

It remains unclear how players in the money transfer service will leverage on Ripple’s technology to reduce costs. What remains clear, though, is that we are going to witness a slump in the price of remittances. Currencies Direct already has a head start in the service, and, the other players must up their game.

Welcome to the world of fast, cheap, reliable money transfer in 2018!