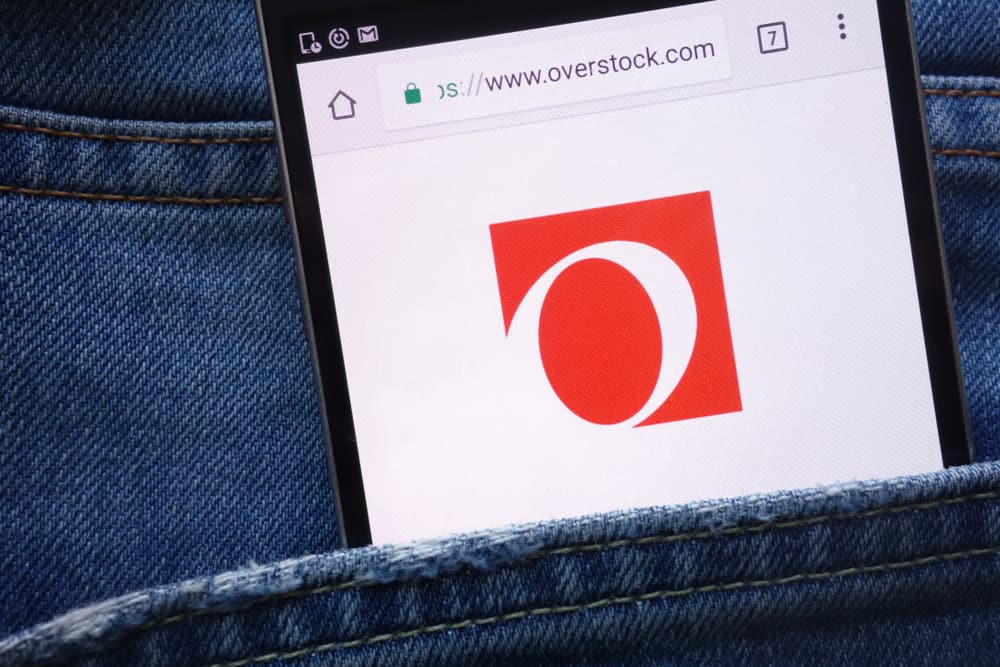 Overstock.com Inc. experienced a huge surge in interest from investors as the price of their shares went up by 26 percent in anticipation of their next big move. The Wall Street Journal recently reported that Overstock CEO Patrick Byrne is planning to sell the retail wing of the company to focus exclusively on its cryptocurrency businesses by February next year.

Contents hide
1 Say Goodbye to Retail
2 Will Overstock’s Problems Be Over?
2.1 Related Articles:

The decades-old retail business of Overstock may leave the company in the next few months as the focus shifts from wooing shoppers to championing blockchains. Overstock was founded by Byrne in 1999 and began selling jewelry and furniture on the internet. The sale may happen by February, according to CEO Patrick Byrne. He didn’t name any potential buyers of the retail arm.

After the Wall Street Journal published the report on Friday, the shares of the company rallied by up to 26 percent. However, the stock is still down by about 66 percent this year. The Salt-Lake City-based company has entered the blockchain space with its fully owned subsidiary Medici Ventures.

Will Overstock’s Problems Be Over?

Its startup, tZero, a trading system not yet commercially launched is also burning money. Byrne, however, doesn’t seem too phased by the cash burn. He told WSJ:

“I don’t care whether tZero is losing $2 million a month. We think we’ve got cold fusion on the blockchain side.”

Overstock experienced a price surge in the second half of 2017 as shares rose by 400 percent, going all the way up to a high of $88 in January this year. However, since the highs its price has steadily declined. Today, the Overstock share price currently sit at $20.93.