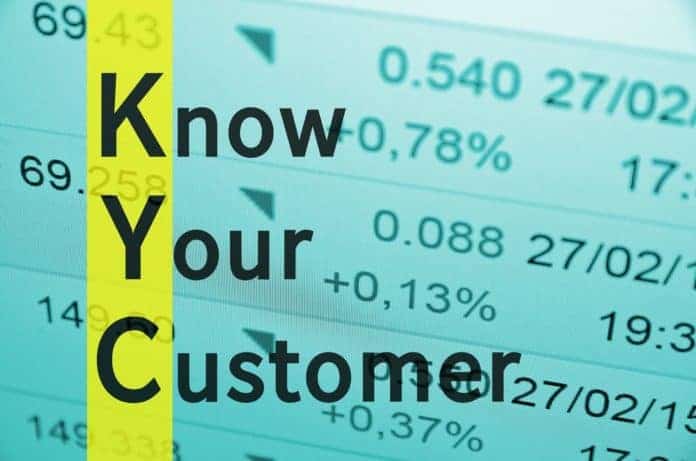 Poloniex has recently started blocking accounts which have not complied with their new KYC policies. While this isn’t surprising news — Coinbase has had KYC policies from the beginning, — some users are still holding onto the ‘decentralized, anonymous’ dream.

Contents hide
1 Users Have 7 Days to Comply Before Having Their Accounts and Assets Lost
1.1 Related Articles:
2 Circle Acquired Poloniex for $400 Million
3 Circle Sets the Standard for Consumer Protection and Self-Regulation

Users agree this has been in the pipeline ever since Circle acquired Poloniex last year. Circle’s focus has been on consumer protection and self-regulation from its inception, so they’re just doing what they do best.

User EpicFishFingers took to Reddit to show his anger towards Poloniex’s new policies, saying, “Any exchange can spring this sh*t at any time and f* you over.” A Reddit moderator, crypto_buddha, points out Poloniex initially warned its users back in December 2017.

Currently, Poloniex is blocking access to legacy accounts who haven’t been verified yet. During the 7-day period in which users are required to comply, access to their account is limited, and daily withdrawals can’t go over $2,000. Once the verification process is completed, users are able to withdraw up to $25 thousand per day.

Once accounts are limited, users lose access to a number of functions within the exchange platform. Both trading and lending are disabled, while open orders are simply closed. All deposit addresses are revoked, and withdrawals are limited to the daily limit. Any funds sent to any of the deposit addresses will be inaccessible until the user completes the verification process.

Most users understand the requirements and attribute it to the recent U.S. regulations. User elpochi1, a self-declared miner, suggests this is just the beginning for crypto exchanges in the United States. The user also points out Poloniex was recently acquired by Circle, a project backed by the giant American investment bank Goldman Sachs.

Back in February, Circle completed the acquisition deal for a whopping $400 million. Jeremy Allaire, Circle’s CEO and Co-Founder, believes the first $1 trillion company might come out of the crypto industry.

Erik Voorhees, an early Bitcoin investor, and CEO at ShapeShift, sees this as a sign crypto companies will start consolidating. He believes 2018 will be the year of crypto mergers. An analyst at Canaccord Genuity, Michael Graham, echoed Voorhees sentiment.

Now that mergers and acquisitions have started, Voorhees sees IPOs as the next logical step for crypto companies. He said, “Personally I’m excited to see the first bitcoin company IPO. I think it should be Coinbase. It will be a huge milestone for an industry that no one took seriously five years ago.”

Coinbase’s COO, Asiff Hirji, said so regarding his company, calling it the, “most obvious path.”

Circle Sets the Standard for Consumer Protection and Self-Regulation

Circle is a digital payments company which aims at providing open platforms for users all over the world. Founder of Messari Crypto, Ryan Selkis, said, “Circle is a terrific company that sets high standards around consumer protection and self-regulation, and the Poloniex acquisition will make a wide range of digital assets more safely accessible to the broader public.” Reports say Circle is planning on becoming the first regulated crypto exchange, a logical step following its focus on consumer protection. As part of its service, Circle offers three platforms to its clients — Circle Invest, Circle Pay, and Circle Trade.

Circle Invest promises a “crypto without the cryptic” platform which allows users to buy and sell digital assets. The platform currently counts with seven coins available and promises more are on the way. Circle Invest also promises instant deposits and withdrawals to its customers.

Circle Pay offers an easy way to send money between friends. Users are allowed to send individual payments or split it among all members of a group chat. As for Circle Trade, it will enable users to trade crypto OTC (over-the-counter).