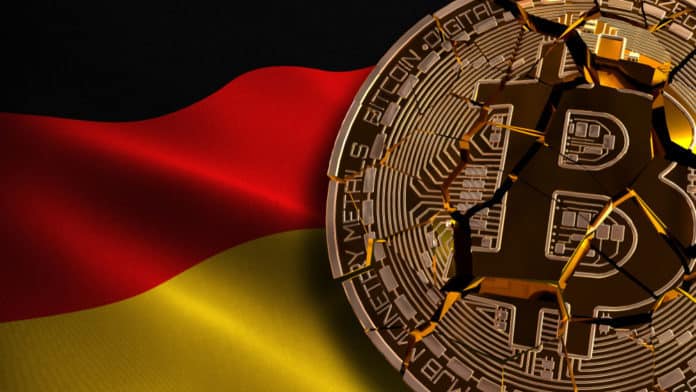 In the opening statement of the German written letter, Felix Hufeld, President of the German Federal Financial Supervisory Authority, BaFin, made it clear that his address is not intended to speculate on the future of Blockchain technology, but rather present his objective assessment and detached observations from a financial supervisor standpoint.

The document started by reporting the rise to prominence of the technology in many countries. Estonia, regarded as a world digital leader, allegedly went for Blockchain for many public administration services, while a pilot project for land registry was implemented by Sweden. Blockchain technology is also praised for having the potential to give many African countries a quantum jump in terms of property rights documentation, and as a stepping-stone for sustainable economic growth.

Hufeld went on to claim that Blockchain “has the potential to flip the entire financial sector upside down” since it cuts the need for intermediary service providers. The disruptive nature of Blockchain technology is described to go beyond cost savings and automation of manual processes, to induce the emergence of completely new business models.

The document indicated that new use cases of Blockchain technology are currently being researched, and gave an example of how a consortium of global banks are working on building a joint platform for more efficient and less costly interbank transfers. It claimed that this could make cross-border and domestic financing easier to handle for small and medium-sized companies. Another use case of automatic insurance reimbursement for flight delays through smart contracts was also reported and deemed interesting.

Hufeld noted that he can see the potential of Blockchain technology to dictate new standards in the financial market, even though most applications were still on pilot scales and trial phases.

Speaking of cryptocurrencies like Bitcoin, Hufeld maintained that narrowing Blockchain down to only crypto tokens, and defining Bitcoin as just another type of sovereign currency are both fundamentally wrong statements.

He explained that while a central bank issues a sovereign currency valid under its own jurisdiction, a cryptocurrency is more of a “unit of account”, not backed by any type of state-regulated issuer.

Hufeld carried on with addressing the risks associated with the numerous applications of Blockchain and conveyed BaFin’s mission as an overseer and a regulator of the market. He emphasized the need to find the right balance between leaving enough space for innovations to develop, and effectively blocking threats to financial stability and consumer security.

Hufeld described understanding the intentions and purpose of a given Blockchain project, as an important aspect to consider in his risk analysis process. He added that pseudonymity and the decentralized, cross-border Blockchain structure, makes public Blockchains vulnerable to abuses such as money laundering and terrorist financing.

He went on to address his thoughts on ICOs, which he describes as an:

He warned individual investors to be particularly cautious before investing in ICOs, recalling the high price volatility associated with crypto tokens. He once more explained that BaFin will only take action, should financial stability or user safety is thought to be jeopardized.

He added that the EU commission has issued a FinTech action plan intended to address key regulatory issues surrounding Blockchain technology, and hoped his following letter would:

“Promote legal certainty in Europe and strengthen the competitiveness of the European single market”.

He pursued by saying that excluding the high electricity consumption and other ecological consideration – two aspects that nevertheless should be seriously addressed-, Distributed Ledger Technology has the potential to:

“Fundamentally change the financial market the way internet did in the past”.

He predicted that in the long run, some of the projects we see in the market today will disappear, while others will consolidate their positions within this novel realm.

In this part, Hufeld described Smart Contracts as being somewhere between hype and success, where he recalled how vulnerable to cyber attacks they remain. He criticized the fact that codes can’t be changed once deployed, considerably limits their “smartness”.

“Smart contracts are about as smart as a Jukebox from the 70s, from the sound of a coin a fixed song sounded. The contracts from the analog world are – at least on this point – smarter.”

However, Hufled held that on the other hand, Decentralized Applications, DApps, could be quite revolutionary. He praised the fact that DApps helped establish a Blockchain economy, which experts consider a real alternative to centralization tendencies.

He pursued by adding that he is not worried about the debate around anonymity in the Blockchain space since trading platforms mandate users to go through identity verification and anti-money laundering procedures.

He finally pinpointed the real hype, if not the bubble as he said, to be the irrational and short-lived price gains some cryptocurrencies like Bitcoin underwent. He warned that investing in Blockchain projects remain highly speculative, and that, total losses are still possible at this point. Even though a great potential of applicability growth exists, Hufled recalled that most decentralized Blockchains are still limited in terms of performance and scalability, which makes them unable to meet the early promises and expectations.