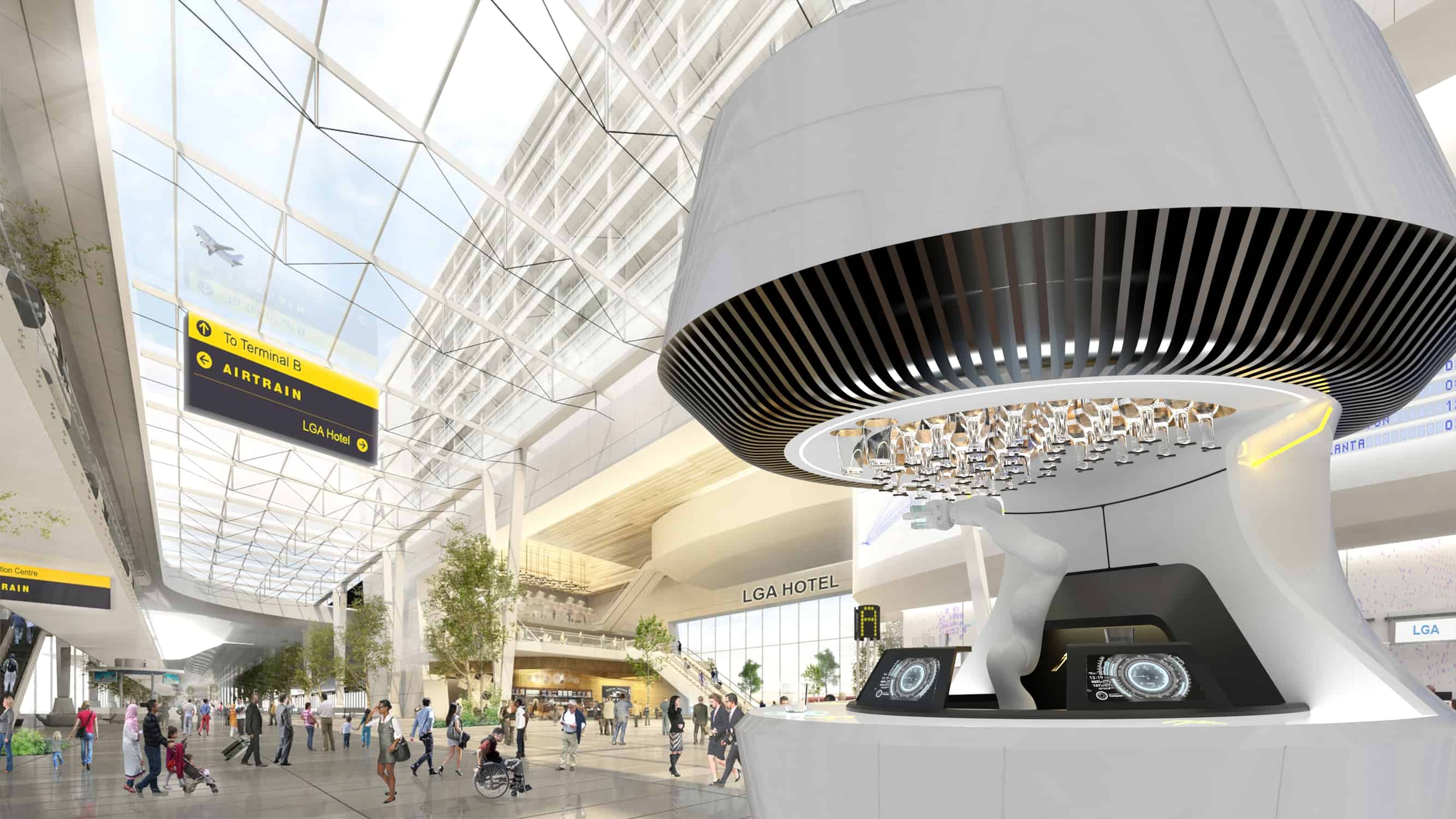 While most people probably don’t mind being greeted by the same old familiar faces behind the counter at their favorite bar, a company from Estonia is convinced that the time is ripe for robots to uprise and jump into the bartending game.

Robolab, the aptly named company that specializes in service robotics, has already built a prototype robot for the task. Dubbed Yanu, this “bartender” robot comes with snake-like flexible arms that can grip glasses, pour drinks and take payments.

Basically, Yanu is designed to do everything it does far more efficiently as compared to the average human bartender.

Robolab touts Yanu as the world’s first fully autonomous and portable bartending unit that deploys sophisticated artificial intelligence (AI) technology to precisely and efficiently serves drinks. The robot can take orders from patrons, mix and serve beverages, and process payments. And the best part is that it does all of it without requiring any human input whatsoever.

Additionally, Yanu also comes equipped with a chatbot technology, which enables it to communicate with people. It is programmed to remember a customer’s previous drink orders, offer local sightseeing tips and perform a range of add-on functions, which may include cracking occasional jokes.

As to why Robolab believes that AI-powered robot bartenders can be better alternatives to their human counterparts, the company’s CEO, Alan Adojaan, explains:

“Hospitality and entertainment venues of all kinds are seeking greater profitability in their food and beverage transactions and are increasingly looking towards automation as a way to realize exponential gains. Yanu offers a faster, cheaper, and more reliable method of serving customers, while delivering an interactive and unique experience that will help attract new clientele.”

Without delving into the technical nitty gritty, Yanu hosts a disembodied cybernetic arm inside its body (a kiosk, basically). This arm, powered by Robolab’s homegrown AI system, can serve up to 150 to 200 drinks an hour. Comparing that with the ability of an average human bartender, each unit of Yanu is capable of replacing up to four bartenders made of blood and flesh.

ICO to Fund and Support Yanu

Starting this August, Robolab is launching an initial coin offering (ICO) with the hope that the venture will help the company raise enough funds to unveil a full prototype of Yanu by the end of the year.

The ICO, scheduled to run till Nov 11, will award all token holders with a number of benefits such as free entry to lounges and pubs featuring Yanu, VIP status and much more. In fact, the official Yanu ICO page says that Yanu “even acts as a personal assistant of sorts” for people who pay using tokens from the ICO.

So the million-dollar question here is, can robots actually replace human bartenders solely based on their ability to serve drinks faster and efficiently? Don’t forget that each Yanu will cost approximately $150,000 or so initially.

While it is obvious that a robot CANNOT replicate some of the intricate parts of the human bartender experience (at least not yet), Yanu may prove itself very helpful in popular pubs, clubs and lounges with high turnouts. Robolabs has reportedly already entered into agreements with five airports in Europe and two beverage companies whose flagship cocktails will be among Yanu’s specialty following its launch.