Home News Rumors Surge Amid Video Footage of ‘Police Raids’ at Tron – Not... 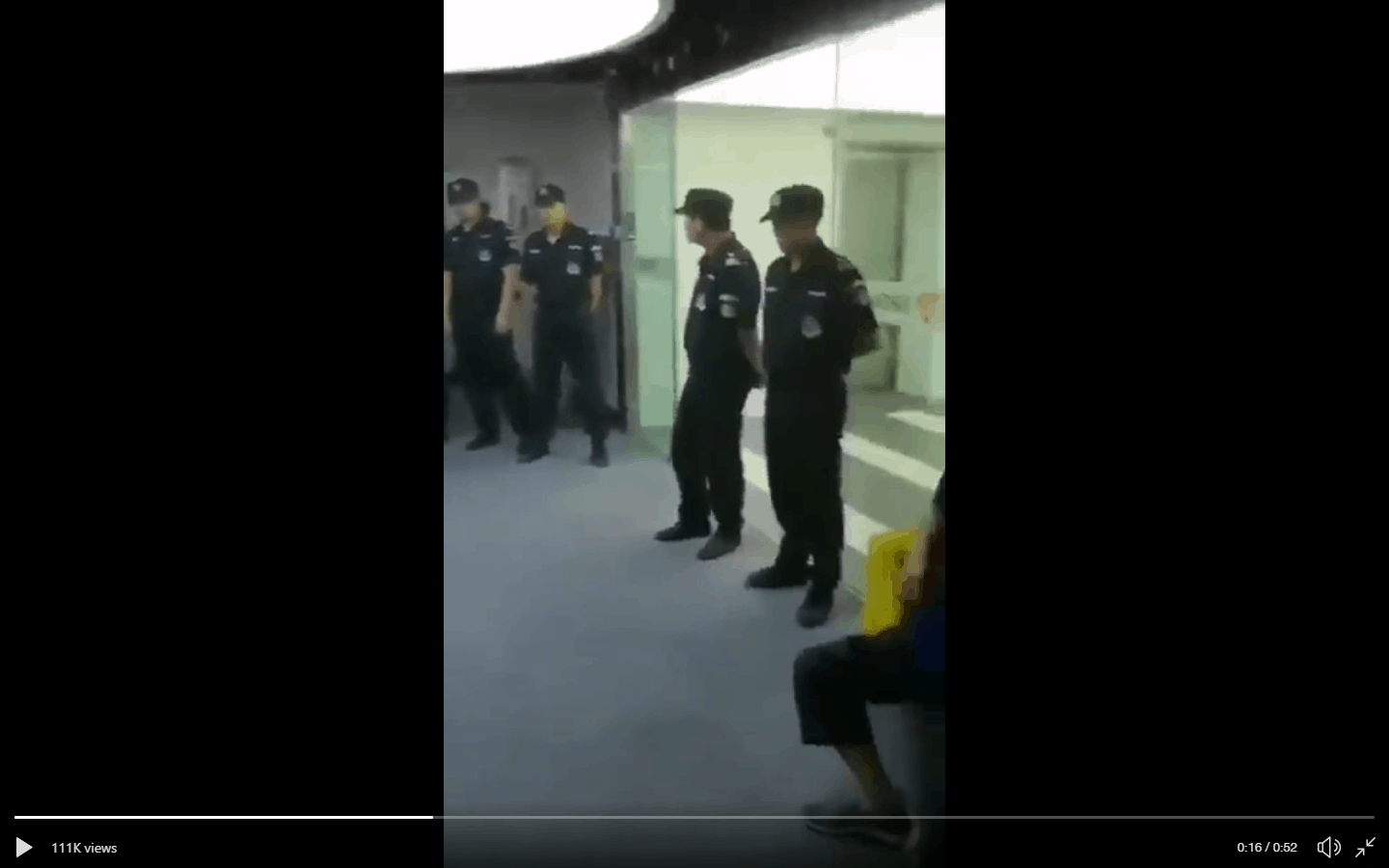 The video, almost a minute long, features an unidentified individual filming and commentating in Chinese while walking calmly in the foyer of the Tron HQ, and also films part of the office where Tron employees are at their desks, seemingly unphased.

Police raids at #Tron offices in Beijing? Additionally, there's many angry people gathered there who are saying things like "Tron is a scam". $trx #trx @justinsuntron pic.twitter.com/qFykQErQu6

A second video, also tweeted by Hayden Otto shortly after and just 16 seconds long, appears to show an upset woman shouting passionately at those around her, with the Tron logo clearly visible on the glass doors behind her.

Speculations From the Crypto Community

Cryptocurrency users on social media were quick to jump to conclusions regarding the nature of the incident, with rumors including everything from a scam investigation by the Chinese authorities, to accusing Tron of running a Ponzi scheme.

If those allegations were true, Tron would face tremendous difficulties in the coming weeks, as financial crime is taken particularly seriously in China. However, according to Tron, the truth behind this video footage is actually different from the rumors swirling.

The rumors and speculation on Twitter were fueled in part by the movement of huge sums of TRX, totaling 23.5 million US dollars worth, into an unknown wallet which was flagged by the Whale Alert (@whale_alert) Twitter account. The account, which monitors movements of large sums of crypto and alerts the community, tweeted at around 2:45 AM UTC, that 675 million TRX tokens had been moved. That transaction can be viewed here.

Naturally, with the video showing that uniformed police officers were blocking the entrance to the Tron offices, many investors assumed that Tron was under investigation by the Chinese authorities.

This was heavily suspected to be related to rumors that Tron was implicit in a scandal which took place earlier in the year, costing unsuspecting investors 200 million Chinese Yuan, or US$30 million, and prompting one severely affected investor to take their own life tragically.

From reddit: "a group was using a derivative of Tron's Chinese name to conduct a ponzi type of scam, which many Tron enthusiasts fell for losing millions, one victim committed suicide. Victims blaming Tron & Justin Sun for not confirming whether the group was working with Tron."

As a leading blockchain protocol, there are Ponzi schemes using #TRON, #BitTorrent or #uTorrent names like “MMM #bitcoin, #Ethereum pyramid & #EOS ecosystem schemes”. We will never ask you to send money. Be careful & hodl your $TRX/ $BTT

Why Were Uniformed Officers Really at the Tron Beijing Offices?

So, if this wasn’t the real reason the police were out in force in the Tron lobby this morning, what was?

It seems the police officers were in fact called by Tron to its office building in Beijing, a Tron Medium post reveals. They were called to remove the people trying to enter and secure the office.

A number of people attempted to enter the office of Raybo technology, a partner of TRON in mainland China. v/Video on the internet show scenes of the incident and the police response that removed them and secured the office. Detail: https://t.co/XGkCPjjdl1

The people trying to enter were protestors from the Wave Field Community – hence a large amount of police required. It seems this was a completely warranted response, as another Chinese Twitter user also posted their own 15-second video, showing two men physically fighting in the lobby, surrounded by a large crowd.

The Aftermath of Tron’s Troubles

Whilst this explanation is different from the rumors which have been flying throughout the crypto-verse, it does go some way to explain why the video also shows Tron workers sitting calmly and carrying on with their work – and not in the midst of a crisis with law enforcement.

Regardless of the nature of the dispute, it brings a fresh round of controversy for the Chinese blockchain project, ahead of Justin Sun’s charity lunch with legendary investor Warren Buffet.