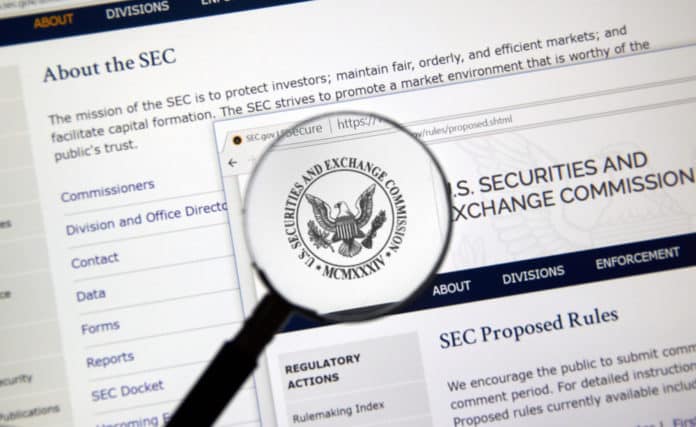 Since the initial coin offering frenzy of 2107, the Securities and Exchange Commission (SEC) has been actively enforcing its campaign targeting suspicious ICOs while in the meantime trying to educate investors and help them navigate the newly established cyber crowdfunding realm. An “Investor Bulletin” has been made available since July 2017, wherein the SEC covered the topic from various aspects, ranging from the technological facet of blockchain and cryptocurrencies to the key points to consider when determining whether to participate in an offering or not.

Earlier this month, SEC launched an ICO website that mimics a fake offering of tokens to emphasize the ease with which such schemes can be conducted. The offering seems legitimate and even features a standard whitepaper, fake testimony, and celebrity endorsements.

Once the “Buy Coins Now!” button is clicked, the website redirects the browser to investor education tools and tips on how to spot fraud and how to invest responsibly while letting common sense and critical thinking prevail over promises of guaranteed return and other delusive enticements.

The website name, Howey Coins, is a tongue-in-cheek reference to the Howey test, used to rule whether a transaction is an “investment contract,” and de facto considered a security offering under the Securities Act of 1933 and the Securities Exchange Act of 1934.

Commenting on the initiative, Jay Clayton, SEC Chairman, said in a press release published on May 16 following the website launch:

“The rapid growth of the ‘ICO’ market, and its widespread promotion as a new investment opportunity, has provided fertile ground for bad actors to take advantage of our Main Street investors.”

He went on to explain:

“We embrace new technologies, but we also want investors to see what fraud looks like, so we built this educational site with many of the classic warning signs of fraud.”

More recently, SEC published a press release on May 29 about securing a court order halting a fraudulent ongoing ICO campaign, which has successfully raised $21 million to date. The press release states that the court order approved an immediate asset freeze on Titanium Blockchain Infrastructure Services, the accused firm. As of press time, the company’s website has not been taken down yet.

The press release reports that SEC charged Michael Alan Stollery (known as Michael Stollaire), an auto-proclaimed “Blockchain evangelist,” of wrongful claims. The plaintiff found that Stollaire had lied about alleged business relationships with numerous big corporations, including PayPal and Verizon. As a matter of fact, SEC filed a complaint on May 22 with a federal district court in Los Angeles, California, providing evidence that the Titanium website featured a fabricated testimonial from corporate customers and unfounded claims made by Stollaire himself about having relationships with those clients.

“This ICO was based on a social media marketing blitz that allegedly deceived investors with purely fictional claims of business prospects.”

The document went on to emphasize that ICO investors should be “especially cautious” when considering this type of investment.

As of press time, the offering was rated 3.9 on a scale of 5 on icobench, a leading website in ICO listings and ratings, where allegedly top investors, experts, short legal reviews and thoroughly established assessment algorithms are used in the rating methodology.

Attractive websites featuring complex — yet vague — explanatory whitepapers and other kinds of marketing gadgets and tools are easily built overnight. Besides, fraudsters can often fabricate seemingly genuine arguments intended to lure investors into phony deals and money grab schemes, especially with all the hype around blockchain. Caution and realism should prevail while considering investing in ICOs, especially knowing that the fantasy of getting rich overnight is nothing but escapism that has a huge blind spot and its own ways to blur the sight of red flags and dishonesty.