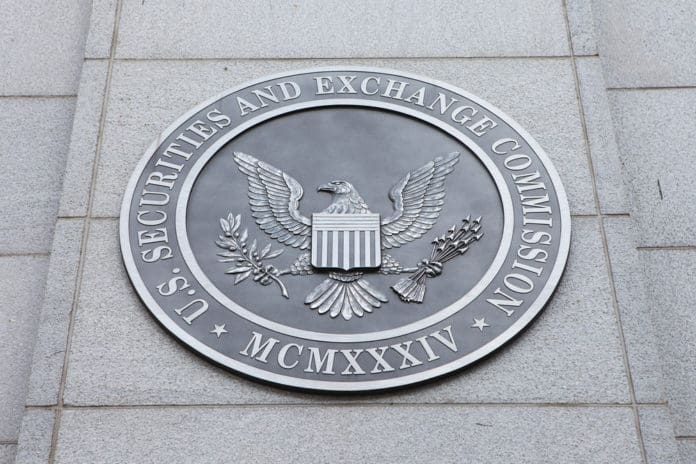 On May 29, 2018, the Securities and Exchange Commission announced that it had obtained a court-ordered temporary restraining order, including an emergency asset freeze, against Titanium Blockchain Infrastructure Services Inc., whose ICO has already raised as much as $21 million from investors.

The SEC press release details a now-unsealed SEC complaint against Michael Allan Stollery aka Michael Stollaire, the president of Titanium Blockchain. The complaint charges that Stollaire made fraudulent and public claims about his business relationships with well-known entities such as the Federal Reserve, PayPal, Boeing, Verizon, and Disney. It further alleges that the Titanium Blockchain website (which is still live as of this writing, although the whitepaper is missing) contained false testimonials from its corporate customers.

According to Robert A. Cohen, Chief of the SEC Enforcement Division’s Cyber Unit:

The SEC complaint, filed on May 22 in a federal district court in Los Angeles, charges both Stollaire and Titanium Blockchain with violation of the antifraud and registration provisions of the federal securities laws. Another Stollaire company, EHI Internetwork and Systems Management Inc. was also charged with violation of the antifraud provisions.

The SEC is seeking preliminary and permanent injunctions, the return of allegedly ill-gotten gains plus interest and penalties plus a ban against Stollaire from participating in any future digital securities offerings. In addition to the temporary restraining order, the court also appointed a permanent receiver over Titanium Blockchain.

Following the SEC complaint, Titanium Blockchain released a brief response post on Steemit, which essentially said that it was cooperating with the SEC and that everything was out of its hands. It also said that the Titanium Blockchain official Telegram chat “is no longer managed.” And while it ended its post by saying “as usual, product development continues quietly in the background,” the market doesn’t seem convinced.

Since the SEC’s announcement, both the value and the trading volume of Titanium Blockchain’s token have crashed precipitously. While Coinmarketcap lists HitBTC, Fatbtc, and IDEX as the main exchanges trading the token, users on the official Titanium Blockchain subreddit claim that HitBTC never distributed the token and IDEX immediately delisted it following the SEC complaint.

Titanium Blockchain isn’t the first ICO to be charged by the SEC for fraudulent claims of business relationships. As we reported last week, another project, Centra Tech, also tricked investors into believing that it had legitimate business partnerships with legitimate companies, in this case, Visa and MasterCard.

But what Stollaire should be worried about is following the fate of Centra Tech’s three founders, Sohrab Sharma, Robert Farkas, and Raymond Trapani. All three were arrested and stand accused of conspiracy, securities fraud, and wire fraud, in addition to civil claims by the SEC.

You can read the SEC’s initial complaint against Centra Tech here, which is eerily similar to the one filed against Titanium Blockchain. Considering that authorities arrested all three founders shortly after the SEC filed its complaint, it is possible that a similar fate awaits Stollaire.