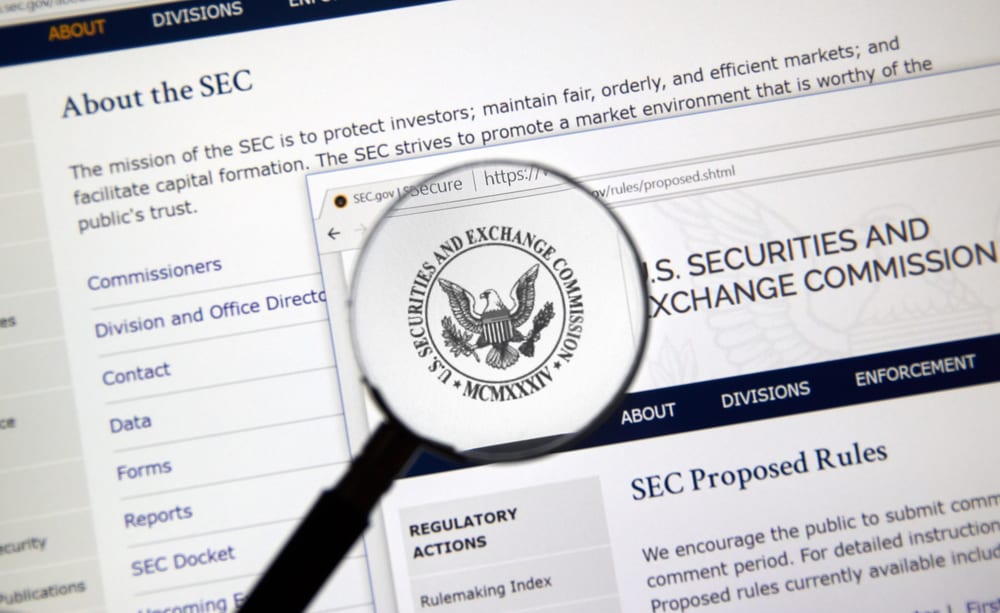 In a press release published November 8, the U.S. watchdog announced that it had settled charges against Zachary Coburn, founder of EtherDelta for operating an unregistered securities exchange.

According to the Securities and Exchange Commission, SEC, EtherDelta is a marketplace that helped bring traders of digital asset securities together, by use of an order book that lists offers to sell and bids to buy, a website that displays those orders, and a smart contract that runs on the Ethereum Blockchain for settlement purposes. The press release reads:

“EtherDelta’s smart contract was coded to validate the order messages, confirm the terms and conditions of orders, execute paired orders, and direct the distributed ledger to be updated to reflect a trade”.

The filing claims that 3.6 million unlawful orders were executed over an 18-month long period, where tokens that are classified as securities under the U.S. federal securities law had been bought and sold.

The order further states that trading on the EtherDelta platform took place after the SEC has issued the 2017 DAO report. The latter concluded that certain tokens or digital assets sold during ICOs, are regarded as security offerings by the SEC, and promised to subject those tokens and exchanges that listed them to careful scrutiny. Furthermore, the report established that all platforms that offered digital asset trading should register or operate pursuant to an exemption.

Investment Contracts or Security Offering According to U.S. Federal Laws

While investigating the DAO hack of 2016, the SEC concluded that the token offered during the DAO ICO should have fallen under the securities investment category in the first place.

“For the purposes of the Securities Act, an investment contract means a contract, transaction or scheme whereby a person invests his money in a common enterprise and is let to expect profits solely from the efforts of the promoter or a third party.”

In conclusion, all securities offerings in the U.S. are subject to prior filing with the SEC.

The Order and Eventual Cooperation of EtherDelta

The Press release goes on to clarify that EtherDelta failed to register as an exchange or operate pursuant to an exemption prior to offering the trade of digital assets. Stephanie Avakian, Co-Director of the SEC Enforcement Division said:

“EtherDelta had both the user interface and underlying functionality of an online national securities exchange and was required to register with the SEC or qualify for an exemption.”

Steven Peikin, another Co-Director of the SEC’s Enforcement Division conveyed his belief that applying Blockchain technology brought significant innovation to the securities market. However, he added that enforcing existing laws and overseeing what is actually taking place in the digital market is a necessity that stems from the fundamental role of the SEC, which is protecting investors.

The Press release mentioned that Coburn fully cooperated with the commission, consented to the order, and agreed to pay the various disgorgement, prejudgment interest, and penalty fees.

As of press time, EtherDelta has made no official statement or comment on the SEC order.