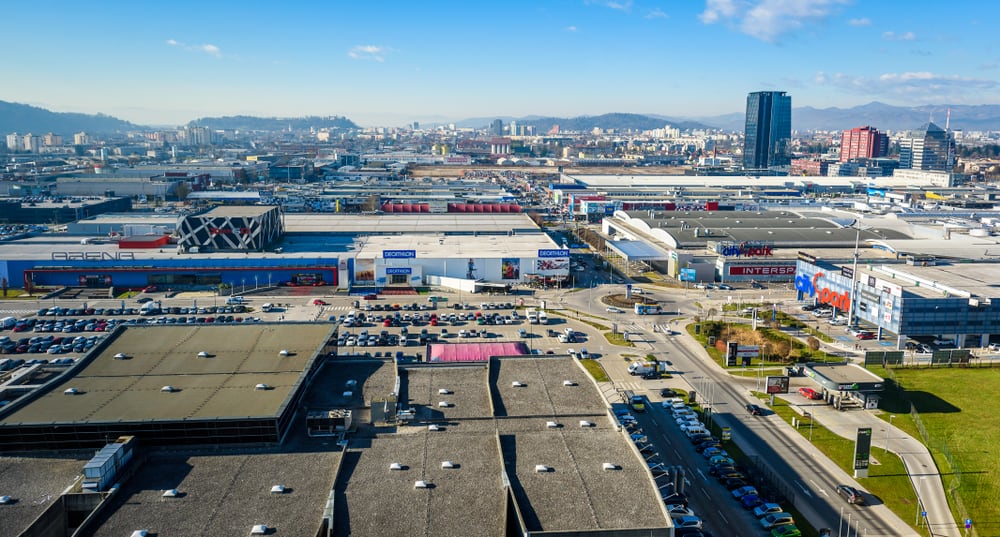 The 475,000 sq m center BTC City, founded in 1954, is reportedly ready to implement strategies to become a “genuine Bitcoin City,” and soon it will be ready to process payments made in Bitcoin.

Contents hide
1 How Will BTC City Develop Into the First Bitcoin City in the World?
1.1 Related Articles:
2 How Does Elipay Work?

On May 25, former Slovenian Prime Minister Miro Cerar visited the “Bitcoin” city in Ljubljana to open the Beyond 4.0 international conference, organized by Adriatic Council, focusing on the digitization of society, blockchain technology and the center’s strategy to transform into “a genuine Bitcoin City.” The Bitcoin City (BTC) company stated that it will become “The first of its kind in the world to provide its visitors, consumers and business partners with an ecosystem that will develop and integrate advanced technologies based on state-of-the-art approaches (blockchain, AI, VR [virtual reality], AR [augmented reality], ML [machine learning] and the world of cryptocurrencies).”

How Will BTC City Develop Into the First Bitcoin City in the World?

A Fitnech startup, Eligma, has developed Elipay, a “transaction system that enables customers to purchase goods and services with selected cryptocurrencies at any store that accepts Elipay as a payment option.”

This payment system is scheduled to be tested in June 2018 at the future “genuine Bitcoin City” by a limited number of selected users. However, some of the vendors stated that they cannot wait for the testing date, and they already started using Elipay for transactions. Some of these retailers are iSTYLE, Al Capone, Atlantis Water Park, Babadu, Big Bang, Minicity, Vodno mesto San Martino, Kibuba and Sneakers.

During an early session of the conference, Cerar visited Restavracija City restaurant and he was treated to a coffee, which Tadej Slapnik, State Secretary in Office of the Prime Minister of the Republic of Slovenia, bought in cryptocurrency through Elipay.

The process of this crypto transaction system is very easy and can be considered really similar to shopping in euros. The point-of-sale system consists of a web-based POS that can also be integrated and a mobile application available for iOS and Android.

Elipay wallet works just like any other credit card where customers can “deposit funds, transfer funds, check their balance, view payment history, and get info on stores that support Elipay.” When a customer wishes to buy something at a store with Elipay, all he/she has to do is enter the data into the POS. A QR code and the payment information are generated. The customer then scans the QR code within Elipay app and confirms the payment. As for the seller, he/she can immediately see and verify the purchase on POS.