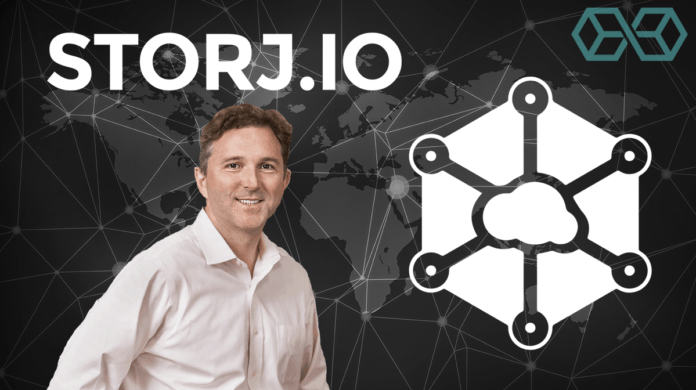 Worldwide, the digital data we create doubles each year; with experts predicting we will produce a huge 44 zettabytes of data every year by 2020.

Storing and accessing such vast amounts of data is costly, energy intensive and time-consuming.

Cloud storage has revolutionized the way we store and share documents, pictures, and data.

The traditional cloud storage operators, such as Microsoft Azure, take our uploaded data and store it in centralized servers.

However, traditional cloud storage has encountered several problems with the security of users data due to these centralized servers, which experts argue, offer a single point of attack for hackers.

Likewise, legacy cloud storage providers don’t encrypt data by default, and if they do, it’s most often on the server-side, rather than the client, leaving data vulnerable and exposed during ‘transit’.

Alongside this, there have been issues with availability and performance for those who are far away from the cloud’s data centers.

With the emergence of blockchain technology, it has enabled decentralized cloud storage which could provide a much-needed solution to the growing worldwide data needs.

Blokt interviewed John Quinn, Co-founder and Chief Revenue Officer of Storj, to find out why decentralization is ushering in a new era in cloud computing.

John Quinn, who previously held roles at the financial institutions Credit Suisse and Deutsche Bank, brought strong leadership to Storj, helping it to complete a $3 million equity round in 2016, and Storj’s $30 million token sale in 2017.

The Storj concept formed when Shawn Wilkinson, after searching for an affordable place to store large data sets, found that centralized cloud storage was expensive, restrictive and left data exposed. Instead, Shawn envisaged a platform where he could store data in friends’ storage devices using blockchain, forming the key principles behind Storj.

“You can think of the Storj platform as the Airbnb of cloud storage. Our ultimate goal is to become the largest cloud storage provider in the world without ever owning or operating a datacenter.”

As the majority of storage devices are operating at less than 25% of their total capacity, the Storj network consists of storage node operators who have excess storage capacity and those who need to store data in the cloud.

These two network participants form the core of the Storj network, the node operators acting as the ‘suppliers’ of storage space, and your traditional user who requires secure cloud storage as the demand.

Storj’s V3 Network, which launches in fall 2019, is an S3-compatible storage solution, which means that new users can implement the Storj platform into their existing storage architectures using just a few lines of code.

Compared to it’s predecessor, the Storj V2 Network, the V3 network will build solutions to scalability issues encountered when the V2 network, running since 2017, hit a staggering 150 petabytes of data.

“At launch, the best use-cases for the network will be apps that store static data once and read it many times, apps that store and read large files, and use-cases that require long-term backups. Long-term, we see the platform branching into nearly every type of storage and data delivery category, including content delivery networks.”

Likewise, Storj will facilitate connectors, parties who transfer data among components, right from the launch. This allows Storj’s open source partners to generate revenue every time the users of their platform stores data on the Storj network, through the Storj open source partner program.

“There is a huge need for new monetization models in the OSS community. OSS accounts for the majority of cloud workloads, but the companies providing this technology only receive a small portion of the revenue. The Storj partner program will be very empowering for open source companies, because it solves the challenge of  cloud monetization.”

As expected, Storj’s program has generated a lot of interest from OSS companies. To date, Storj has established partnerships with ten OSS companies including MongoDB, MariaDB, Couchbase, Minio, and others who are keen to use the Storj monetization model.

It’s little wonder that Storj is forming strong partnerships because currently there is a huge gap between cloud computing revenues and the remuneration for OSS companies.

“Cloud computing is a $150B industry, however, despite OSS companies accounting for the majority of workload, total revenue for public OSS companies is a mere $5B. Many open source companies have struggled to compete against the large cloud providers, which use open source software as a loss-leader to sell their cloud computing and storage services.”

The Storj network consists of three parts. The first is storage nodes, which store data and are operated by individuals who wish to rent out excess hard drive capacity and bandwidth.

Secondly, there is the Uplink, which uploads data to the network, connecting applications to facilitate data storage on the platform. The final part of the network is the Satellite, which coordinates the traffic between Uplinks and storage nodes.

Currently, Storj is encouraging individuals to become V3 storage node operators. We asked what V3 nodes were, and what benefits do node operators get?

Quinn adds that during the next phase of the alpha, which is the Vanguard release, developers and partners can begin storing data on the Storj network in a test capacity, ahead of full production launch.

One of the most interesting features of the Storj network is that V3 storage node operators only require consumer-grade computer hardware, and a constant connection to the internet, alongside the extra hard drive capacity and bandwidth which they’re willing to share.

The STORJ utility token facilitates payments to the Storj network of storage node operators. Without a native token, Quinn says, it would be impossible to reward all node operators within the network.

Expanding on the utility of the STORJ token, Quinn added:

“At the peak of our V2 network, there were more than 150,000 storage node operators across more than 200 countries and territories. Using the Ethereum network, and its capabilties to make payments with STORJ tokens, we can send hundreds of thousands of payments in a short amount of time with much lower transaction costs than fiat currency.”

As the amount of node operators is expected to grow, the Storj team have been evaluating the Raiden network, to make payments more affordable, in less time, and programmatically.

Regarding the long-term utility of the STORJ token, Quinn added:

“The STORJ utility token will allow us to incorporate more programmatic payment features, like micropayments, atomic swaps and more.”

STORJ is currently trading on many high volume exchanges including Binance, Bittrex, OKEx, and HitBTC.

The Future of Storj

In comparison to other S3-compatible object storage solutions, such as Amazon S3, Google Cloud, and Microsoft Azure, Storj’s decentralized nature gives it a competitive edge over traditional providers.

“Our decentralized cloud storage platform is much more affordable, at about half the price of traditional cloud storage providers, more performant, performing 20% faster than AWS, in addition to being private, secure and reliable.”

Reflecting on the market conditions of 2018, and the outlook for the future of the Storj network, Quinn concluded:

“I think the market has matured, and I’d like to think we’ve been on the forefront of that trend. Storj are building great tech that is useful to our users and disruptive to Amazon, Google and Microsoft… In the end, we feel like we can create a virtuous cycle for our network, for our community and for our open source partners, where we all prosper together.”

Storj Labs have made strides in delivering one of the fairest and transparent cloud computing networks ever developed, and providing economic empowerment for the open source community. Blokt looks forward to seeing the beta release of the Storj platform in fall 2019.