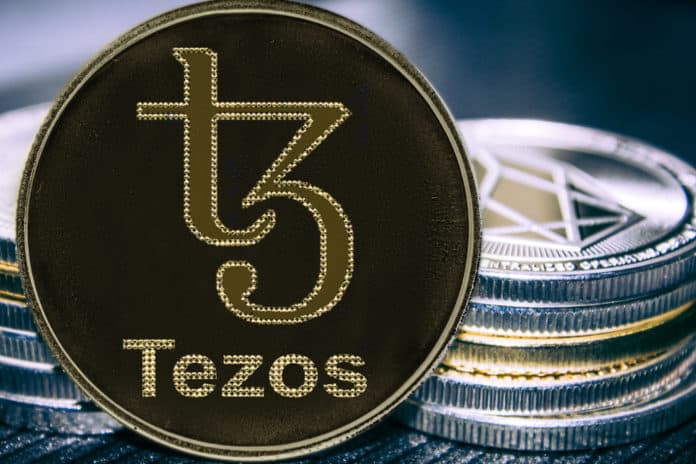 Top 20 market cap coin, Tezos, is making cryptographic history with its first round of on-chain upgrade proposals, named “Athens.” The two Athens proposals will see incremental changes introduced to the Tezos blockchain, without the need for a disruptive hard-fork.

It’s a little secret that Tezos has, in the past, received its fair share of governance issues, and these changes to Tezos on-chain governance have been long in the making.

Following one of the most successful ICO’s to date, where Tezos attracted US$232 million, a schism erupted within Tezos’ leadership structure, which saw co-founders Arthur and Kathleen Breitman enter into an open dispute with Tezos Foundation president Johann Gevers.

Gevers eventually stepped down, and now, the Tezos Foundation, developers, and the community have reached the final stages of the first amendment process of a blockchain – a historical achievement for on-chain governance.

Governance is an integral process for blockchains. As early Bitcoin pioneer Pierre Rochard states, “…governance is the process by which a set of transaction and block verification rules are decided upon, implemented, and enforced…” – a definition which could be applied to most protocols.

Here, Blokt examines what the Tezos Self-Amending Protocol is, how it’s used, how it compares to other blockchains governance models and its significance for blockchain protocols.

Tezos Bakers and the Amendment Process

To offer some context to the Tezos self-amending vote system and its advanced governance mechanism, we first need to understand what “bakers” are within the Tezos ecosystem, and how the amendment process works.

These “bakers” are baking blocks instead of bread. In Tezos, baking is a process where full nodes within the network create new blocks on the Tezos blockchain. Although it’s comparable to mining in that it’s essential for the creation of new blocks, it’s carried out via delegated proof of stake (PoS) rather than a proof of work consensus algorithm.

Bakers are chosen probabilistically in proportion to their stake of Tezos’ tokens (XTZ), with Bakers requiring 10,000 XTZ to qualify as a delegate. In essence, the more XTZ a baker has, the higher its chances of being chosen to validate the next set of blocks.

So, what part do bakers play in on-chain governance in Tezos? Bakers are the parties who initially submit or upvote governance proposals during what is known as the “proposal period.” Bakers may upvote as many as 20 proposals per period, though only one proposal is escalated to the Exploration phase.

These proposals can be diverse and varied, such as increasing the block size, increasing gas limits, or changing the roll size for being elected as a baker. The Tezos Foundation has previously stated:

“One of the most important features of the Tezos protocol is its ability to improve itself through protocol amendments proposed and approved by community members.”

Once the proposal period has concluded, and a single proposal has received the highest number of votes, bakers can then vote to test the most upvoted proposal, which initiates the testing period once the proposal reaches a “quorum” – the minimum number of members necessary to conduct a proposal for that group, and achieves an 80% supermajority. If these conditions aren’t met, the amendment process reverts to the beginning of the testing period, hence the term “self-amending.”

The testing period is where Tezos revolutionize governance, as instead of hard-forking and implementing the proposal to mainnet straight away; it first goes to a test chain forked from the main Tezos chain for 48 hours.

This off-chain testnet, which matches the proposal, is used to initially evaluate the proposal before it’s irrevocably implemented into the Tezos mainnet. In short, as participants can gauge whether a proposal is a worthy amendment to the protocol before it’s pushed to mainnet, this eliminates contentious hard-forks which have been prevalent in other projects, as we’ll discuss later.

Bakers once again submit votes, which like other stages must reach a minimum quorum and gain an 80% majority of bakers who approve the proposal. If the proposal doesn’t reach the required votes, it’s once again pushed back to the proposal period.

To provide a proof of concept that the governance mechanism is functioning correctly, the first two on-chain upgrade proposals were forwarded in February 2019.

Nomadic Labs, a team of lead blockchain architects of the Tezos protocol, triggered the beginning of the proposal process on the 28th of February, which if passed successfully would trigger the migration of the Tezos protocol from the alpha phase, into the “Athens” phase.

The proposals, called Athens A and Athens B, put forth the following changes:

How do participants submit proposals and vote?

Bakers can use the command line Tezos client to enter their vote for either Athens proposal and all future proposals. The Tezos client also shows bakers the status of a single voting period, including the blocks remaining until that voting period is over. Likewise, new proposals can be submitted via the client.

How Do Amendments Work on Tezos?

So, we’ve examined how and why the Tezos community should vote, but what technology enables these upgrades? Protocol changes are triggered once a successful voting procedure is completed, with the protocol then activating an “automatic upgrade.”

Essentially, the hash of the chosen protocol (the one voted for) is written into the current state of the existing protocol, known as the “context.” The context is prepared for the next protocol, which has been voted in to be implemented and initializes a new structure to the Tezos protocol.

How Does Tezos Governance Compare to Other Chains?

Other chains have their own form of governance, although as we’ll explore later, not all governance methods have worked effectively in the past. Most revolve around “on-chain” and “off-chain” governance.

On-chain governance is based around code, and rules for changes are encoded into the blockchain. Conversely, Off-chain governance usually works more like traditional centralized systems and involves gatekeepers or high-level developers proposing and implementing changes to the protocol.

Let’s look at some other major blockchains and compare their governance methods:

In spite of the new historic governance methods created for Tezos, there have been many notable instances where blockchain governance has failed, paving the way for a contentious hard-fork.

Hard-forks are a change to an underlying cryptographic protocol which makes previously invalid blocks and transactions valid. This could include a change in block structure or difficulty rules. Often, hard-forks can be initiated following a hack, or when a number of core members of a protocol are in disagreement over its future. To date, some of the largest governance disputes have risen from hard-forks.

One of the best examples of this scenario is the Ethereum “Decentralized Autonomous Organization (DAO).” Essentially, the DAO was an open-source, smart contract based venture capital organization for projects building on Ethereum. Having raised over 11.5 million ETH, worth around US$150 million at the time, it was the largest crowdfunding in history.

Shortly after, due to a critical flaw in its code, the DAO was targeted by hackers who made off with 3.6 million ETH. As this was a fault in the DAO smart contract codebase and not Ethereum’s, it was decided, via off-chain governance, to hard-fork the Ethereum blockchain and refund users affected by the DAO hack – causing controversy and disagreement within the ETH community.

One group argued that code is law, and if the blockchain is to be immutable, things that occur on the blockchain should never change, i.e., they were proponents of on-chain governance. Others supported the fork, believing that hackers shouldn’t be allowed to profit, and humans should have the final say through consensus. This resulted in the creation of Ethereum Classic, the original version of the chain, where the code, and the hack, remained immutably embedded in the blockchain.

A similar scenario occurred, though not as a result of a hack, with Bitcoin (core) and Bitcoin Cash, in which a debate over block size limit saw Bitcoin Cash emerge as a stand-alone product of a hard-fork. The increased block sizes proposed by Bitcoin Cash proponents would allow faster transactions, although many developers disagreed with the changes. There is still fierce debate between the two projects today.

Instead, the three-tiered Tezos proposal system and self-amending governance can circumvent some of the most unattractive features of hard-forks, providing a dynamic governance model and ensuring that pushed proposals have consideration time and a strong majority – essentially, a hybrid of on-chain and off-chain governance.

“We wish to avoid hard-forks because, as a mechanism for introducing innovative but contentious changes, they tend to be centralizing. We do not do it out of some weird intrinsic rejection of hard-forks. We value pragmatism.”

If the Tezos network was catastrophically harmed, Breitman says, then there would be cause for a hard-fork. What Tezos offers is a best-scenario alternative, which addresses governance issues pragmatically before they’re pushed to an ultimatum via hard-fork.

Realistically, dogmatically following a single method of governance will, at some point, expose the protocol to a situation its governance model can’t handle or likewise create a schism within the community that can’t be repaired.

Off-chain governance goes against the grain of decentralization and default to the word of code, whereas on-chain governance cannot reliably predict or react to random events which undermine chain integrity, such as bugs and hacks, and require a quick response.

However, what Tezos achieves is the laying of governance foundations which incorporate aspects of both, a community vote, and should the vote fail, an adjournment to another vote, or the dismissal of the proposal altogether.

From a technology perspective, should Athens be voted through during its final phase, it will be the first example of a truly democratic implementation of an amendment on a live blockchain protocol.

Finally, some users may be wondering, why to name the first proposals “Athens?” This one is simple – apart from being the birthplace of democracy, all proposals, and thereby every new Tezos protocol version, will be alphabetically named after a city. So, what will be next?