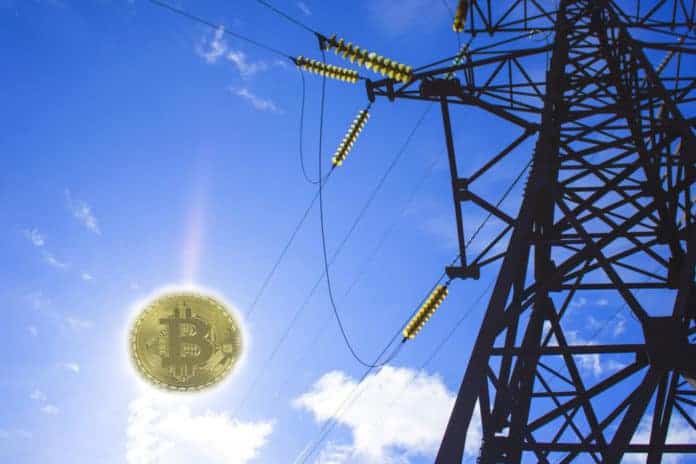 By the end of this year, the net electricity consumed by the bitcoin network could be equal to the energy usage of a country as big as Austria – let that sink in.

Contents hide
1 First peer-reviewed study on the bitcoin network’s energy footprint
1.1 Related Articles:
2 How much worse will it get?

Anybody familiar with the concept of crypto mining would know that mining is an energy-intensive process. But how much does it add to the net electricity consumption of the world?

Alex de Vries, a financial economist who also doubles as a blockchain evangelist, has been keeping a tab on the bitcoin network’s energy footprint. He even has a website dedicated to the cause. Last year in December, de Vries estimated that bitcoin miners worldwide are consuming as much energy as it would require to power all of Denmark.

However, based on the latest figures at his disposal, de Vries estimates that the network’s energy footprint will substantially increase over the next few months. His peer-reviewed article on the topic was recently published in the journal Joule. This marked the first-ever time when an estimate of bitcoin’s energy demands was peer-reviewed, and it expectedly got people thinking — should we be wary of the impact of mining farms on the environment?

According to de Vries’ findings, the bitcoin network alone will account for nearly 0.5% of global electric-energy consumption by the end of 2018. To put things into perspective, that amounts to a whopping 7.7 GW — roughly the same amount of electricity that would keep Austria going.

How much worse will it get?

De Vries relied on a number of economic reasoning to justify the upper bound of his estimate (7.7GW).

The rules that govern the bitcoin network reward miners with 12.5 bitcoins once they mine a block. Judging by the current fiat-equivalent of a single bitcoin token, that amounts to approximately $100,000.

Given that a new block is mined every 10-minutes, the net worth of newly mined bitcoin everyday hovers somewhere around $15 million.

However, the network was designed such that the difficulty of the mining process will automatically increase to ensure that the average block creation rate of 10 minutes remains by and large the same. So as more mining rigs enter the game, it becomes increasingly tougher for miners to mine a block.

To meet the challenge, mining farms will require using more powerful machines, which in turn will lead to higher electricity consumption.

“You are generating numbers the whole time and the machines you’re using for that use electricity. But if you want to get a bigger slice of the pie, you need to increase your computing power. So there’s a big incentive for people to increase how much they’re spending on electricity and on machines.”

He added that eventually an equilibrium point will be reached when energy and hardware costs will equal the value of newly mined bitcoins. On the flip side, if the price of bitcoin suddenly rises as it did in Q4 2017, more miners will join the game, and the network’s energy consumption will undergo a steep rise. If you remember, there were some alarmist reports towards the fall of 2017 (when bitcoin’s price was hitting one high after another) that the mining industry would require all of the world’s energy production to sustain itself by 2020.

de Vries’ research shows that a number of factors will combine to ensure that such a scenario never happens. However, he warns that the odds are reasonably high that bitcoin mining will someday demand as much as 5% of the world’s net energy production.