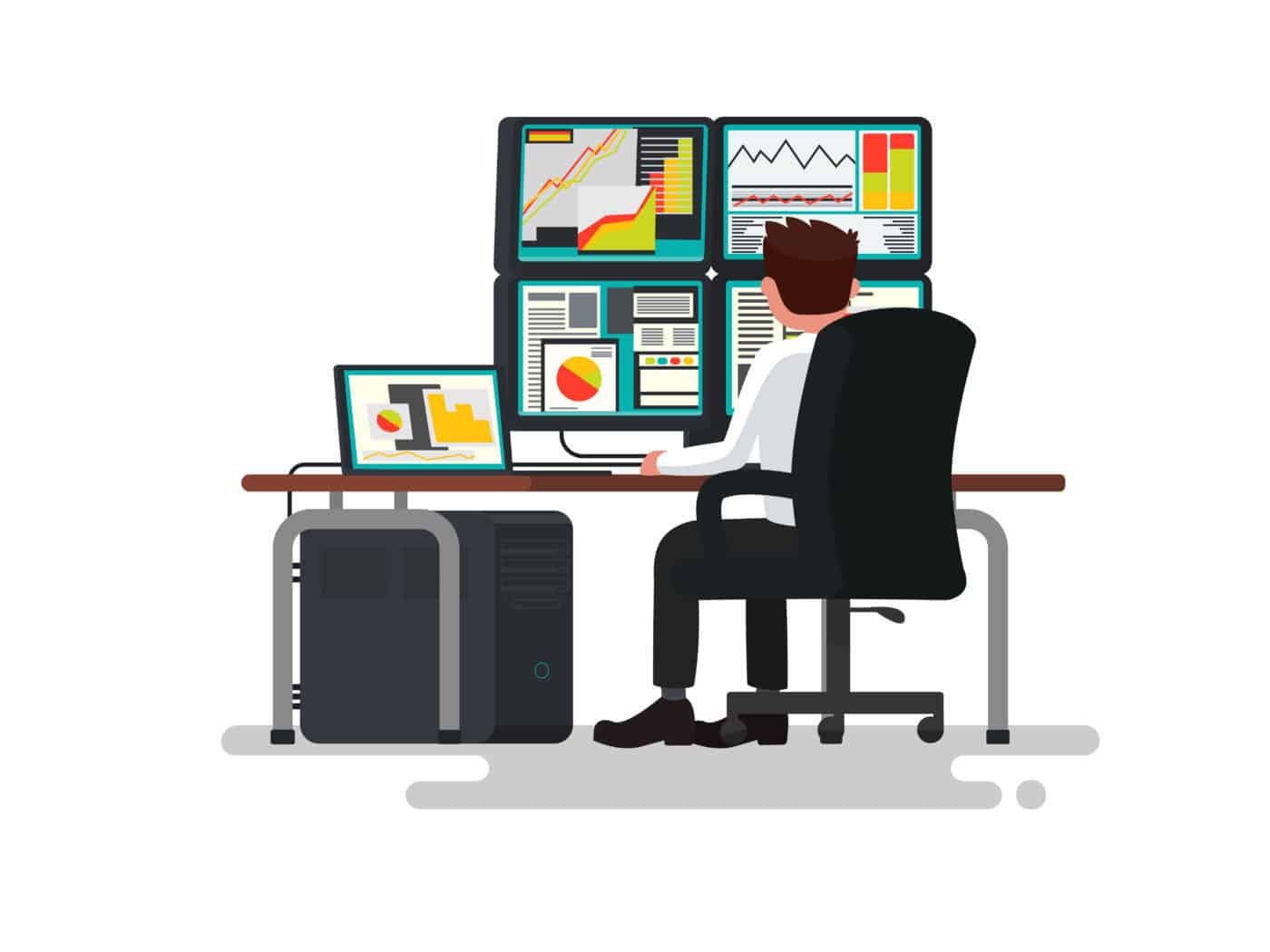 Most people wish they were better at trading, and many people do in fact try to improve. Yet, statistics show that the majority of day traders are unsuccessful. A 2012 Wall Street Journal piece revealed that over 70% of accounts at retail-focused FX broker FXCM were unprofitable. Another earlier academic study showed that over 80% of day traders lost money, and even among those that made money, it was usually insufficient to cover transaction costs. Only about 1% of day traders could be called profitable.

These are sobering statistics. But just because the majority of traders fail doesn’t mean that trading is an unprofitable venture. There is an obvious successful minority of consistently profitable traders. Trading is also a skill like any other, and what better way to learn the craft of successful trading than by emulating what the top traders are doing?

That’s where TrakInvest comes in.

The Idea behind TrakInvest – An Effective Learning Tool and Trading Resource

On top of this virtual-social combination, TrakInvest also adds in powerful analytics tools. Similar to how robo-advisors such as Wealthfront and Betterment offer algorithm-based portfolio management, TrakInvest is also able to provide market insights and customized portfolio recommendations.

The whole concept behind TrakInvest is to empower the retail investor with the tools to trade just as successfully as the big players. You can learn from top traders and receive detailed market insights, all for a nominal monthly fee.

The Next Step – Incorporating Blockchain Technology

TrakInvest has also launched its internal cryptocurrency, the TRAK token, on the Ethereum network. Naturally, you might question why TrakInvest needs to launch its own token; isn’t it enough to offer virtual cryptocurrency trading?

But the truth is that TrakInvest’s TRAK token not only integrates smoothly with its business model, but makes the entire platform more attractive as well.

Tokenomics: How the TRAK Token Integrates with TrakInvest’s Business Model

The most important question when evaluating a cryptocurrency token is simple; what is going to drive demand for the token? In TrakInvest’s case, there are five primary demand drivers for the TRAK token, and each one fits in seamlessly with TrakInvest’s business model.

TrakInvest operates on a monthly subscription basis, and it currently has a user base of about 100,000 members. Right now, they are all paying in fiat currency. However, TrakInvest will implement a wallet that automatically converts said fiat currency into the TRAK token. This is a guaranteed monthly demand for the TRAK token that is only set to grow.

Each user will be assigned a TI Score, which measures the performance of a trader on the platform. The higher your TI Score, the higher the chance of you getting social followers on the platform, and the higher the chance of getting a payout. The payout will, of course, be in the form of TRAK tokens. This will incentivize more people to join the platform, feeding back into the first demand driver. According to TrakInvest, based on current data, about 1.5% of its user base will have a TI Score sufficient to earn TRAK tokens.

One amazing part of TrakInvest is that it offers real world-based and tested trading certifications, known as the GOTC, or Global Online Training Certification. This is a three-month course that costs $150 (which will also be converted into TRAK tokens!). GOTC is a practical course in which students need to get at least one month of positive (virtual) portfolio returns to qualify.

This isn’t some course that TrakInvest just threw together and that no one recognizes. The GOTC was developed in conjunction with the Indian Institute of Science and has won recognition and support from the Indian government. TrakInvest already has 20,000 students in its GOTC pipeline, based on signed Memorandum of Understandings with Indian state governments. As the platform grows, the demand for certifications (and thus TRAK tokens) will continue to grow as well.

The reason that these certifications are so popular, other than their real-world applicability, is that they can lead to actual jobs, which brings us to the fourth demand driver.

Those who complete the GOTC course have a chance to earn actual jobs with leading financial institutions. So far, TrakInvest has already delivered 500 jobs and internships to some of its users, with companies such as Edelweiss, Karvy, and HDFC Securities. This is a colossal demand booster for the platform’s GOTC course.

The final demand driver is white label solutions for corporates. TrakInvest will be packaging various components of its platform, such as virtual trading, institutional level analytics, etc. and selling them as white label services for corporates. These services will also be paid for in TRAK tokens, either directly or by automatic conversion from fiat to TRAK tokens.

The TrakInvest ICO – Live Until March 7

After a successful pre-sale which raised about $14 million, TrakInvest launched its ICO on February 8, 2018, and it is live until March 7. The hardcap is $33 million, and at the time of writing, they are less than $10m away from the goal. A total of 66 million tokens representing 42% of the total token supply are for sale, with any remaining unsold tokens burnt.

Where Does TrakInvest Go From Here?

The advantage that TrakInvest has over most blockchain projects is that it already has a working and viable product. It doesn’t have to start from scratch. Q2 and Q3 2018 will be focused on adding cryptocurrency functionality and AI tools to the platform, as well as setting up more partnerships and joint ventures. In Q4, TrakInvest will go on a marketing blitz, which should really boost the numbers and demand for its platform and associated services.

Trakinvest’s ‘Learn, Share, Earn’ business model is a natural fit with blockchain technology. The combination of that with TrakInvest’s existing subscriber base, strong partnerships, and certification pipeline mean that this project has a lot of short-term and long-term potential.

In the short-term, its presale was a success, and its public crowdsale looks like it will be equally successful. And with TrakInvest moving quickly to add in all the features by this year, its short-term potential is looking very good.

In the long-term, TrakInvest has identified and is dominating a definite niche for itself. By combining education, trading, and blockchain technology, it has carved out a ‘blue ocean’ space, a space where it has little to no competition. Key to TrakInvest’s long-term success is its partnerships with both corporates and governments, and TrakInvest appears to have got that down path. All in all, things are looking positive for TrakInvest.