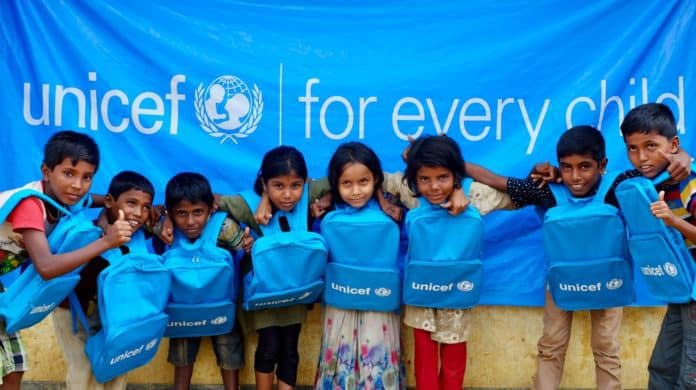 UNICEF Australia announced thehopepage.org via a tweet on April 26, 2018. While leveraging a visitor’s excess computing power to mine cryptocurrencies is not a new trend, cryptojacking for charity has become a fairly popular concept.

We're excited to launch The Hopepage. This innovative website allows you to easily donate some of your computer processing power to generate #cryptocurrency and fund life-saving aid for children in crisis. #UNICEF #ForEveryChild https://t.co/rPXCnTcahy

It enables anyone with access to the internet a way to donate simply by being on the website. The cryptocurrencies generated are automatically donated to UNICEF Australia and will become real-life funds that will supply children with “safe water, therapeutic food and vaccines.”

“The Hopepage is entirely user initiated, and they have the ultimate power to decide whether to participate or not.”

The Hopepage uses an opt-in version of Coinhive, a Javascript miner for the Monero blockchain. As seen on the How it Works section of The Hopepage, users have the option to select the level of processing power they wish to donate. The process only takes place within the browser and does not require the user to install any other software. “The donation is a one-time session, and needs to be approved by the user each time they visit the site,” said Tang.

Tang also suggested that users turn off their ad blockers if they wish to contribute as ad blocking software can often disable the mining script.

The mining process is fairly straightforward. The longer the visitor stays on the page, the more processing power they donate. Although the website mentions that “mining is perfectly safe,” the mining process does require electricity, internet bandwidth and can shorten the lifespan of a device under prolonged periods.

Tang, however, suggested that UNICEF Australia is:

“transparent in the fact that we are borrowing a computers’ processing power, and provide the ability to choose how much power is donated.”

Cryptovolunteering, an emerging trend for humanitarian use

“We wanted to leverage new emerging technologies to raise awareness about current humanitarian crises and raise funds to support children caught up in them,” said Jennifer Tierney, director of fundraising and communications at UNICEF Australia. “The Hopepage allows Australians to provide help and hope to vulnerable children by simply opening the page while they are online.” As stated on the homepage, the funds raised by The Hopepage will be used to support the Rohingya refugee crisis.

The Hopepage is not the first time UNICEF deployed cryptocurrency mining as a method of raising funds. UNICEF also launched Game Changers in February 2018. Users with high performing graphics cards were able to mine Ethereum to aid the refugee crisis in Syria. Game Changers, however, required users to install software on their computer.