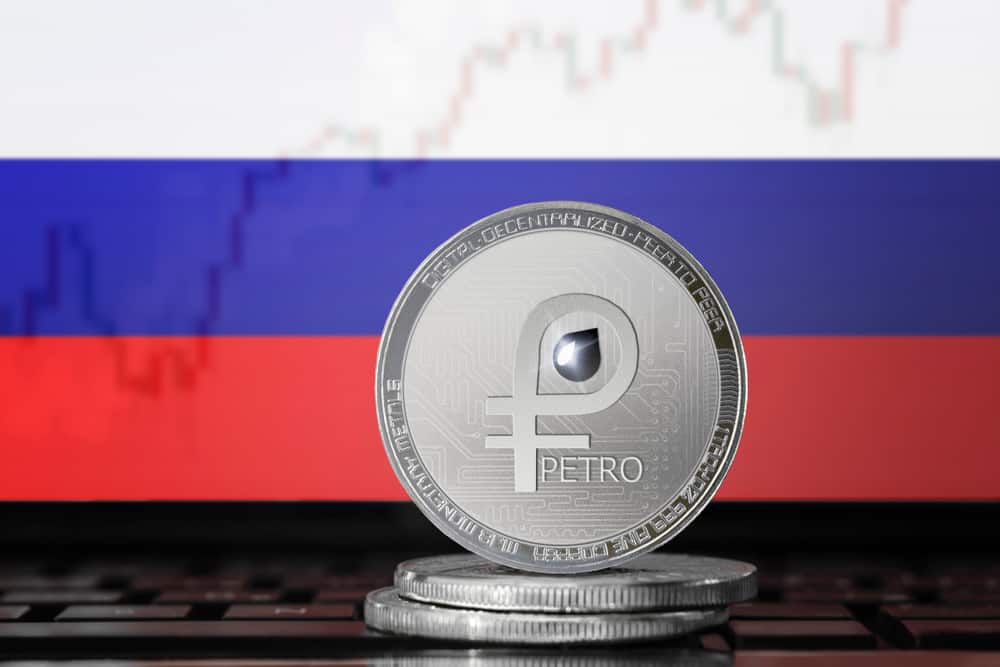 Venezuela, a South American country embroiled in a bitter political impasse, is negotiating with Russia over abandoning the USD in their bilateral trade settlements. The two countries are in talks over the use of the Russian ruble, according to Jorge Valero, Venezuela’s representative in UN’s Geneva offices.

Contents hide
1 The Petro – a Hedge Against Sanctions
1.1 Related Articles:
2 Russia and Venezuela: Two Eggs in the Same Basket

RT News further reported on May 17 that the two parties are also discussing the possible use of Venezuela’s state-backed cryptocurrency known as the Petro.

The Petro – a Hedge Against Sanctions

Venezuela’s Petro was announced in a televised speech by President Nicolas Maduro on Dec. 3, 2017. He said the state cryptocurrency is backed by oil and mineral resources such as gold and diamonds. The country planned to issue 100 million tokens. The cryptocurrency was released in February 2018.

The state-backed cryptocurrency was intended to serve as a substitute for the failing bolivar currency which has been eroded by hyperinflation, help to dodge U.S. sanctions and give the South American country access to international finance.

“In 2019, we have a schedule for [oil] to be sold in Petros and in this way continue to free us from a currency that the elite of Washington uses,” Maduro said in December 2018.

The Petro was met with criticism from both within and outside. Venezuela’s opposition party claimed that the Petro is illegal and would not recognize it because it was issued by a government in desperate need for cash. U.S. president Donald Trump prohibited American citizens from investing in the Petro.

A few countries that have been sanctioned by the U.S. are looking at cryptocurrencies as a way to circumventing sanctions. Iran is another country that is using crypto for this purpose. Just over a week, Blokt reported that U.S. Congressman Brad Sherman proposed the banning of cryptocurrencies in the country because they threaten America’s global power base. Sherman perceives that America’s global dominance lies in many countries relying on its fiat currency for international trade.

Russia and Venezuela: Two Eggs in the Same Basket

International sanctions imposed on Venezuela by the U.S. have forced the country to halt using the USD for international trade. The country is using the Euro and is paying for imported products with crude oil.

Amid the sanctions and the presidential crisis that has rocked the country in the last few months, the country’s inflation has soared to 10 million percent this year, according to predictions by the International Monetary Fund (IMF).

Ambassador Valero said his country is counting on Russia to restructure its foreign debt estimated to be in the region of $140 billion.

Russia is also in a similar boat. Some financial institutions in the Eastern European country have been sanctioned for their willingness to finance the Petro. Russia’s advisor to the president proposed the introduction of digital currency in Crimea (Russia’ federal subject) in an attempt to avoid sanctions.