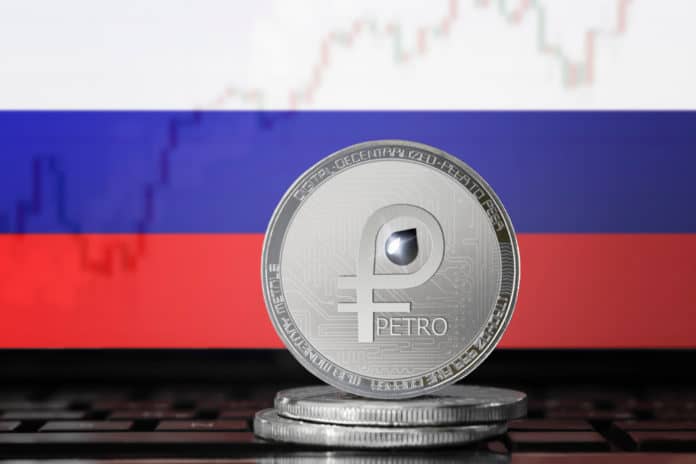 Petro has received a major boost after a Russian bank reportedly defied US sanctions on Venezuela after it enabled investors to download an e-wallet through which they could buy the cryptocurrency using wire transfer.

Contents hide
1 The Legitimacy of Petro
1.1 Related Articles:
2 United Against a Common Enemy

According to Associated Press, Evrofinance Mosnarbank has become the first international institution that has shown willingness to defy Washington by helping President Maduro’s in his rollout-out of the cryptocurrency. This, however, doesn’t come without controversy as two of the three largest shareholders of the bank are all sanctioned by the US and other European nations after Russia annexed Crimea.

The South American state also owns a 49% stake in the bank.

The Legitimacy of Petro

The Venezuelan currency has always received harsh criticism for undermining the integrity of cryptocurrencies at large. Petro is pegged to oil and gas, and the fact that a corrupt government controls it raises questions about its legitimacy. The state is known to arbitrarily manipulate Petro/Bolivar exchange rate, and this could undermine the decentralized, transparent and secure nature being pushed by major cryptocurrencies like Bitcoin and Ethereum.

President Maduro was also accused by Brookings Institute of lying that Petro raised over $375 million in its first day of inception as a way to lure spectator/would-be investors into buying it.

The think tank also noted that it was unlikely that Petro would help Venezuela escape recession as it claims.

United Against a Common Enemy

Russia and Venezuela have been working hard to try and remain strong politically while being able to do business outside the American financial system. The former argues that the US global hegemony has to come to an end and cryptocurrencies can help.

Russia’s Cryptocurrencies and Blockchain Association even recently awarded the Venezuelan government a Satoshi Nakamoto Price for its “outstanding contribution in the cryptocurrency industry.” While banishing the idea that the currency could be used to fund criminal activities, the group’s president even went ahead to point out the dollar as “the most popular currency for terrorists and criminals world over.”

Russia has been a major trading partner to Venezuela and has even given billions in debt relief over the years to the South American nation. It is also working hard to help Petro gain international acceptance. This, however, remains an uphill task with sanctions still in place and the fact that its backers are also sanctioned.

President Maduro is showing no sign of slowing down as he has even ordered state institutions to start accepting the currency. He has also set up more than a dozen local exchanges.