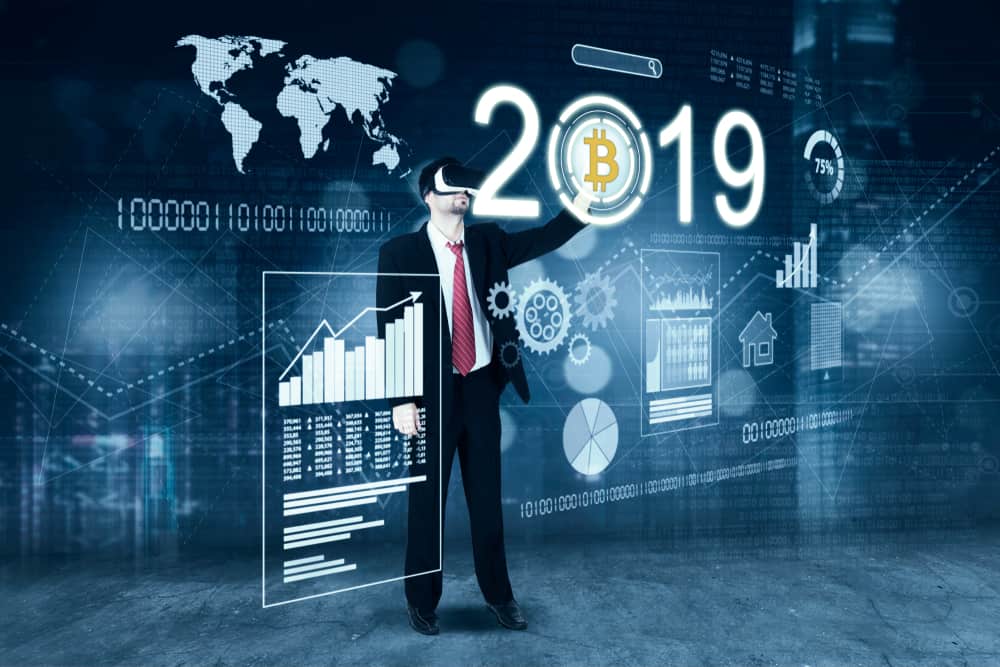 2018 was truly a nightmarish year for Bitcoin when it comes to valuation.

BTC saw an 80% price drop that dragged the broader market into a downward spiral, resulting in a $700 billion loss in market capitalization.

Investors are likely hoping that things won’t get any worse in 2019 and wondering if Bitcoin will ever go back up.

Despite the setback, however, if we forget the plummeting prices for a while and focus on a different set of benchmarks, 2018 was also simultaneously one of the best years for Bitcoin fundamentally. Here’s how:

It’s understandable if some readers frown over the fact that growing public interest in Bitcoin cannot bring solace to those losing huge amounts of money to the prolonged bear market.

However, the purpose of this article is only to highlight all the positives to have come out for Bitcoin, and the crypto community as a whole, in 2018. Growing public and academic interest is definitely a key takeaway on that front.

An analysis of Google Trends for keywords containing Bitcoin throughout 2018 shows that people are still interested in the asset class despite the slowdown.

Sure, the numbers are not quite as high as where they stood towards the end of 2017, but that’s understandable. After all, the last quarter of 2017 saw unprecedented growth in crypto prices. Moreover, the concept of digital currencies such as Bitcoin was still new to the vast majority of the population around that time.

As shown by James Lopp, creator of Bitcoin tracking website Satoshi.info, more people in countries like South Africa, Ghana, and Nigeria are becoming increasingly interested in Bitcoin, and by extension, the crypto economy.

Countries with the most relative interest in searching for Bitcoin in 2018. Ghana and Nigeria have replaced Australia and Singapore since 2017. https://t.co/Wgrqev6fP7 pic.twitter.com/t9nHYRmkil

Among other perks, growing public awareness ensures that people are less skeptical about the true potential of cryptocurrencies. Additionally, it paves the way for more stability and eliminates the chances of a short-lived, speculative growth — just like Ethereum co-founder Vitalik Buterin pointed out in Sep 2018.

Academic interest in Bitcoin also surged more than ever in 2018, which is apparent from the number of Google Scholarly articles naming Bitcoin. Compared to 83 in 2009; just under 4,000 in 2014; and 10,600 in 2017, almost 15,000 Bitcoin-related scholarly articles were published last year alone.

Note that the figures above are not 100% accurate given lags in search results and backdating of some of the listings to earlier years. However, the data is sufficiently accurate to point toward a sizeable upswing in academic interest in Bitcoin.

This is crucial to the growth of the asset class considering that academic research almost always serves as a key carrier for technology innovation.

Sure, more academic interest won’t bring back the heyday of Bitcoin overnight. Rather, it will help the community strategically by adding to the knowledge pool over a period, thus providing a clearer insight into the ways around some of the limitations hindering Bitcoin’s growth.

For the uninitiated, Lightning Network (LN) is a protocol for speeding and scaling up blockchains. While it originally aimed at helping the Bitcoin blockchain get rid of certain technical limitations, it has since evolved to be deployed atop any blockchain, including that of blockchains powering altcoins like Litecoin.

The Lightning Network was mostly on testnet towards the end of 2017. That changed drastically in 2018 as LN entered the Bitcoin mainnet and hundreds of developers across the world came onboard to experiment with the new technology.

As of press time, there are more than 5,100 nodes running the software in live computers, up 17% compared to the previous month. The mainnet network currently has a capacity of 548.35 Bitcoin, which is worth more than $2 million.

While far from being perfect at its current form, LN is still a major technology upgrade that paves the way for a more scalable version of the world’s oldest and most popular cryptocurrency.

It facilitates instant transactions and instant micro-transactions, making Bitcoin retail-ready and fit for everyday use, e.g. while buying a cup of coffee.

It is also a big step forward towards bringing smart contracts to the Bitcoin network.

In fact, LN uses smart contracts to get rid of the pesky process of miners having to validate each transaction on the Bitcoin blockchain. With miners, who are effectively the middle-men in the whole transaction, out of the picture, LN will carry out the transaction offline, and the blockchain will register it only upon the completion of the whole process. Among other perks, it will also drastically reduce transaction fees.

Compared to the exchange rate, the number of reachable nodes maintained a fairly positive trend throughout 2018.

According to James Lopp, who described this phenomenon in his recent Medium post, this could be due to the fact “that people who run these nodes are highly dedicated to Bitcoin and/or using them for economic purposes, thus they are unlikely to turn off the node due to exchange rate volatility.”

Lopp adds that the sharp drop in the number of unreachable nodes can be attributed to Bitcoin newcomers who installed the Bitcoin Core at their home computers to use as a wallet during the 2017 bubble, but lost interest soon afterward the market started slowing down.

Additionally, Bitcoin Core continued implementing improvements in block propagation at a steady rate through 2018. And with the nodes upgrading, the effort seems to be yielding the desired impact.

In conclusion, while none of these factors can immediately alleviate the woes of Bitcoin on the economic front, they combine to lay out a solid foundation for the Bitcoin network to continue improving at a faster pace and hopefully become far more polished, stable, and fit for mass adoption.

So when will bitcoin go up? No one knows, but the fundamental groundwork laid in 2018 certainly give Bitcoin a fighting chance in 2019.