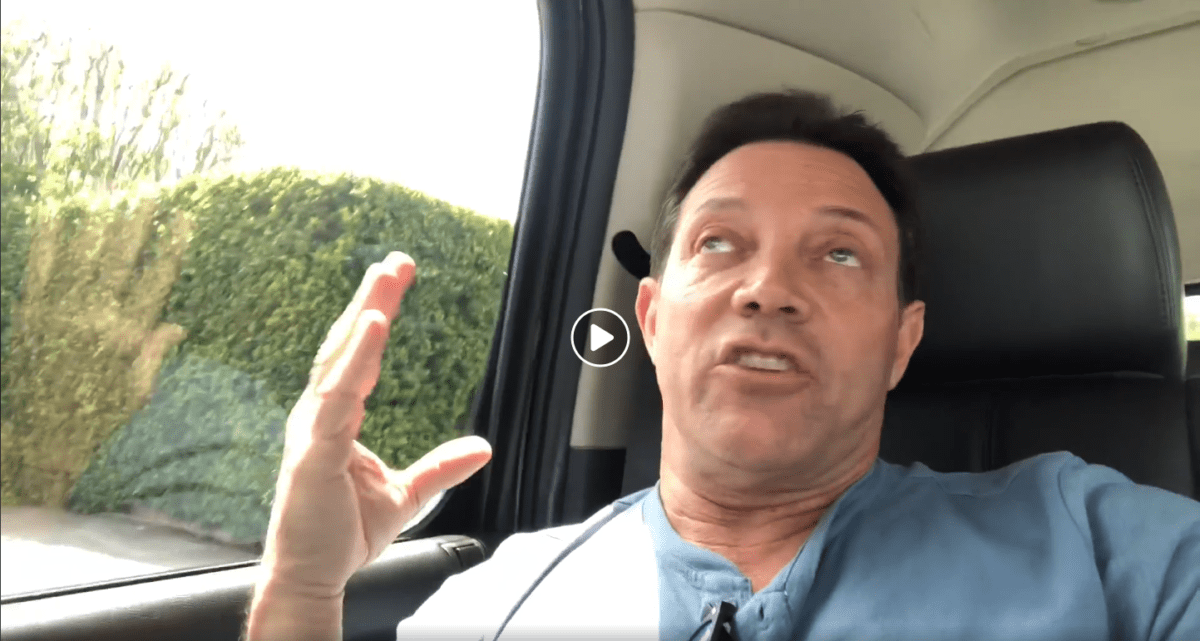 Jordan Belfort, also known as the Wolf of Wall Street, recently announced via Facebook video on Saturday, June 23, 2018, that Bitcoin’s price drop is “just the beginning of the end.”

For those who are claiming that the market is currently crashing, Belfort believes that Bitcoin’s decline in prices is just the start. He argued that when the actual crash occurs, it will be detrimental to many HODLers in the market. “It has the ability to go to zero, or $2,000, $1,000 just like that,” said Belfort.

During the video, Belfort also reflected on his personal experiences and knowledge. As the Wolf of Wall Street, he called the idea of perceived value, “the greater fool theory,” and acknowledged that he was not proud of leveraging perceived value to fool others in the past. He shared with his viewers that his experience in the finance industry has helped him understand how and why Bitcoin is nearing its end.

The Bitcoin Market has Finally Run Out of Greater Fools…

In this video, I explain what’s going to happen next. I’ll give you a hint: Remember that scene from Titanic, when the 3rd class passengers are following an army of rats that are abandoning the sinking ship? That will give you some idea.

Wolf of Wall Street Bullish on Blockchain but Bearish on Bitcoin

Belfort however, expressed great sentiment towards blockchain technology. He is also quite optimistic about the cryptocurrency industry and believes there will be many useful cryptocurrencies. He is however very concerned with Bitcoin.

“Everything is wrong with it,” said Belfort. “There’re too many fundamental flaws with it, and bottom line is, get out if you don’t want to lose all your money.”

While Belfort mentioned that Bitcoin’s prices might go up again, he noted that there is a good chance, and a high probability, that the market will crash. He links the impending crash to fraud investigations that will happen in the future. Belfort also added that he previously spoke to CNBC about his ten predictions concerning the Bitcoin market. He was proud to state that nine have come true. The last prediction that has not yet been verified is centered around the final days of Bitcoin

Throughout the video, he encouraged his viewers to “wake up and smell the coffee.” He, however, made an apparent distinction between blockchain and Bitcoin, telling viewers that they could be “pro blockchain technology and not pro Bitcoin, they’re not the same thing.”

Belfort also noted that it’d be a different scenario if Bitcoin owned blockchain technology and the technology were licensed out, however, this is not the case. He urged viewers to understand that Bitcoin’s value is from everyone else’s perception of the token. “There’s no utility in it, it’s an energy disaster, so literally just stop,” said Belfort.

“Stop with this crazy notion and belief system you have. There are so many ways to make money than sit there in front of a computer and try and trade Bitcoin. You’re on a sinking ship.”

Unfortunately, Bitcoin’s price has reached all new lows in 2018. According to Coinmarketcap, on June 24, 2018, Bitcoin was valued at $5845.45, a significantly low value compared to its all-time highs in December 2017 at almost $20,000. Bitcoin’s market capitalization also fell to $100 billion, the lowest market cap of the year.

While there are cryptocurrency influencers like McAfee who are often very bullish about Bitcoin, the Wolf of Wall Street encouraged his viewers to ask why that may be the case. “The only reason why they’re doing that is because they’re trying to get more suckers in,” said Belfort. “To create unrealistic price projections at ridiculous values.” He ended his video telling viewers that things will end badly if they do not sell their Bitcoins soon.