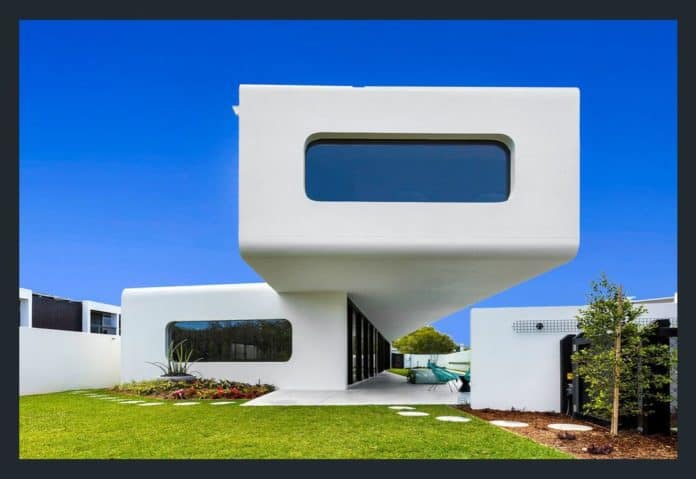 With less than a month to go, the world’s first live property auction accepting cryptocurrency got a massive PR boost earlier this week after Binance CEO, Chengpeng Zhao, mentioned it to his nearly 300K followers on Twitter.

Contents hide
1 Related Articles:
2 Only Bitcoin and Binance Coin Will be Accepted
3 Not the First Crypto-Based Real Estate Sale

The Binance CEO clarified that this was “not a Binance house,” but he liked it “a lot” anyway.

Only Bitcoin and Binance Coin Will be Accepted

The real estate to be auctioned is a futuristically-designed house at 1 Beech Lane, Casuarina, in northern Australia.

The on-site auction, scheduled on Apr 8, 2019, will be live streamed, and open to bidders from across the world.

James Pratt Auctions & Advisory services, the auctioneer to be overseeing the process, has confirmed that only Bitcoin (BTC) and Binance Coin (BNB) will be accepted.

And that has to be why the Binance CEO is tweeting about it — well, that and maybe he genuinely has a thing for futuristic architecture designs.

As for the property itself, dubbed “The Jetsons,” the auction page on realestate.com.au describes it as a:

“[….]stunning beachfront residence [that] draws inspiration from Googie Architecture, the exaggerated and once-futuristic style where buildings are defined by geometric shapes and bold use of glass, concrete, and steel.”

The auction page also adds that The Jetsons comes with a number of attractive add-on features including:

While The Jetsons is all set to create history by becoming the first-ever house to have a cryptocurrency-based live auction, it will certainly not be the first property sold using the asset class.

In the United States, that honor possibly goes to a two-bedroom unit in Miami’s Upper East Side neighborhood.

Based on reports from around the time, the two-bedroom unit was bought by Ivan “Paychecks” Pacheco (co-founder of crypto portal Bits to Freedom) for 17.74 BTC. The fiat-equivalence of the transaction at that time stood somewhere around $275,000.

Meanwhile, across the pond, a four-bedroom family home in Essex has the honor of being the first crypto-based real estate sale in the UK.

According to a Dec 2017 Mirror report, the then-under-construction house was valued at £375,000 (~$500,000), to be paid in Bitcoin as per the prevailing BTC exchange rate on the day of the transaction.