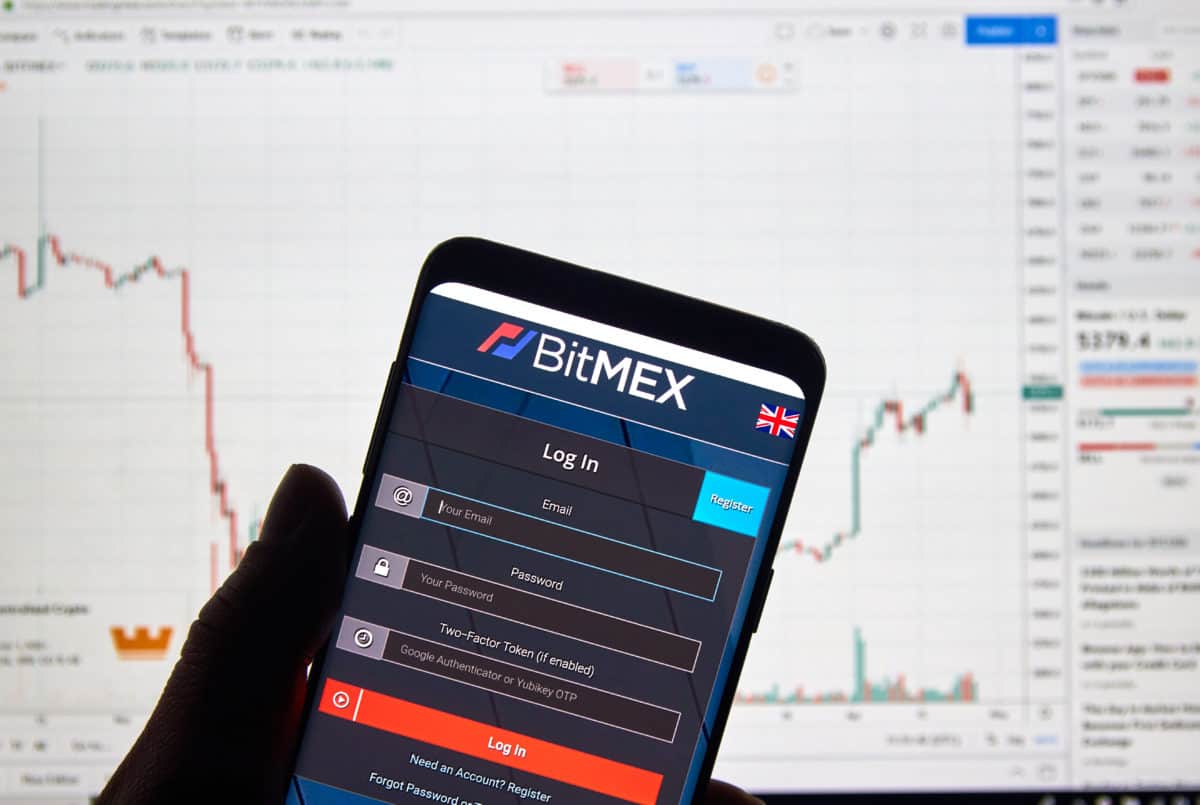 Following what BitMEX CEO Arthur Hayes called the “Tangle in Taipei,” where the outspoken, eccentric, and often polarizing crypto exchange executive met with Nouriel “Dr. Doom” Roubini to debate crypto, blockchain, and Bitcoin, BitMEX has been in slowly imploding.

There, the two battled it out on topics surrounding blockchain, the crypto industry, regulation and more. Hayes’ crypto trading platform BitMEX came up a number of times during the debate and was accused of wrongdoing. Roubini claims that Hayes altered the video of the debate in order to paint himself in a more positive light, which further upset the financial economist. 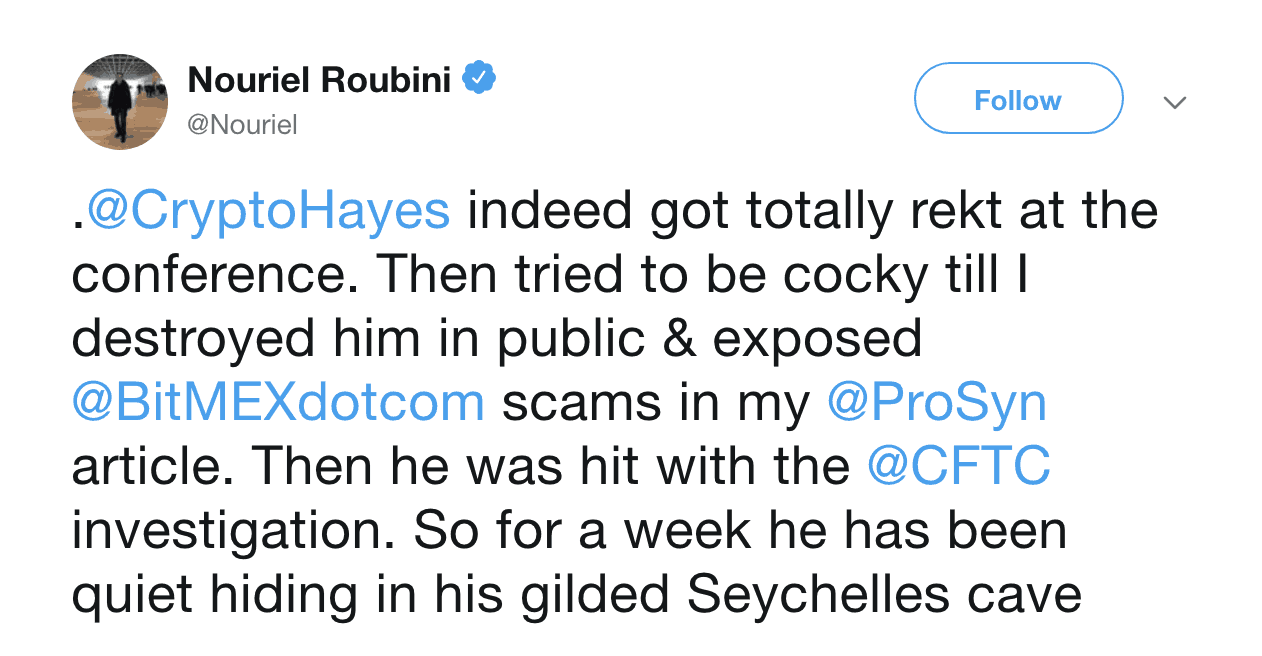 After the debate, which was supposed to evangelize blockchain technology and crypto assets, BitMEX has found itself the focal target of a chief United States financial market regulatory entity’s investigation, likely at Roubini’s suggestion, direction, and at the very least – to his delight.

After CFTC Ramps Up Investigation into BitMEX, Traders Fear Shutdown or Worse

The Commodity Futures Trading Commission has launched a probe into the exchange over claims of intricate crimes going on at the exchange with either Hayes’ approval or potentially even involvement. Fears over BitMEX being found guilty, or the exchange’s domain being seized by the US government has caused a mass exodus at the exchange, with traders leaving in droves for other platforms.

Bloomberg first revealed the report, suggesting that sources “familiar with the matter” are aware that the CFTC is investigating BitMEX for serving US-based crypto traders, who aren’t allowed to use the platform under US law. However, BitMEX lets its users circumvent this law, which the CFTC sees as a breach of its regulatory rules and guidelines. 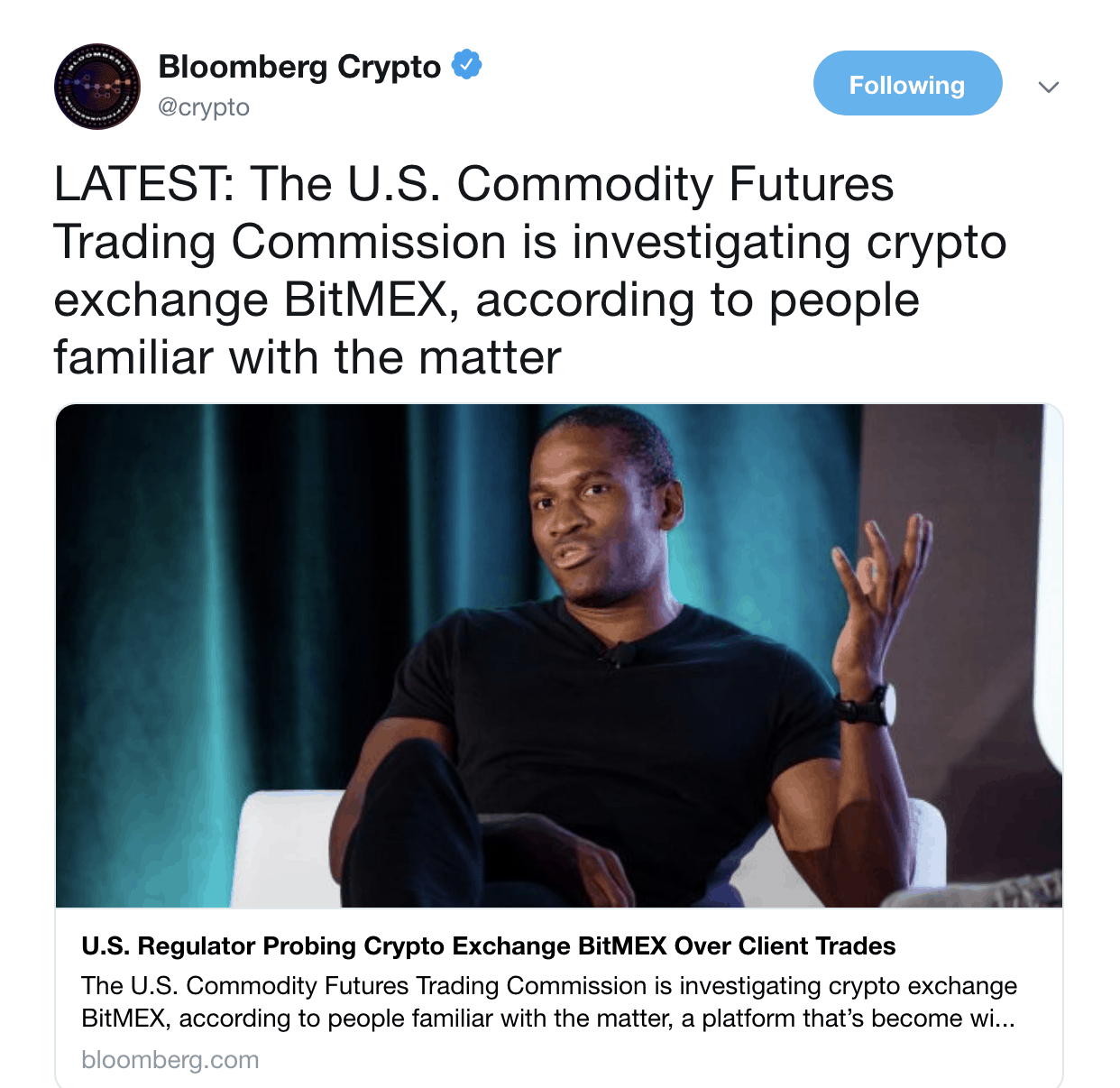 Hayes attacking Nouriel Roubini and scalding him publicly, then making an effort to embarrass the popular economist may have backfired, helping to prompt the investigation, as much of what the CFTC is investigating are the same things Roubini accused Hayes and his exchange of. It was likely Roubini’s ties to other financial industry leaders and regulators that tipped the CFTC off to its allegedly illicit ways.

In addition to Roubini asserting that BitMEX and Hayes are well aware of the fact the trading platform serves US citizens, in a scathing op-ed penned by Roubini himself, entitled The Great Crypto Heist, Dr. Doom himself claims that BitMEX “insiders” revealed to him that the exchange is used for “money laundering on a massive scale by terrorists and other criminals” and has ties to many other criminal activities.

Most damning of the claims is that Hayes and his team counter-trade against its user’s positions for profit, lining their own pockets at the expense of people’s life savings. He further accuses Hayes of editing the video of their debate to give the appearance of BitMEX being successful in defending blockchain and crypto, however, it’s become clear that Hayes only poked the bee’s nest, or has awakened a sleeping dragon and will soon regret his antics. 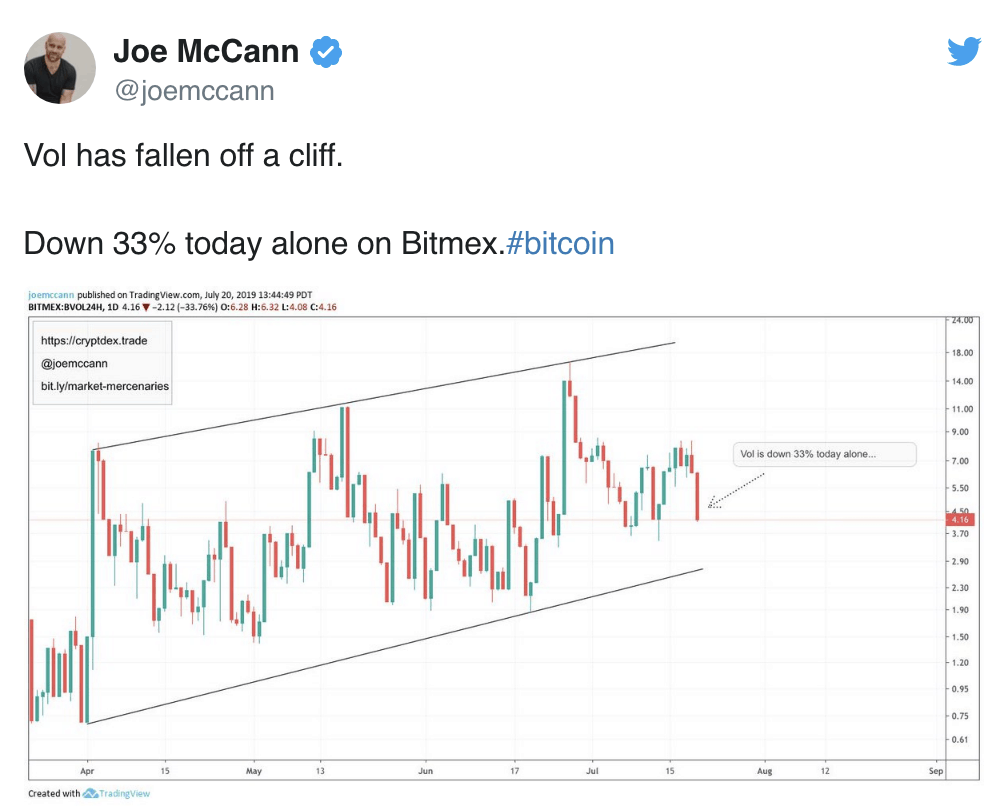 Trading volume on BitMEX has dropped off as much as 33% immediately after the news broke, with many of the platform’s traders yet to learn of the potential storm brewing over BitMEX’s Seychelles’ headquarters where Hayes calls the shots and runs the empire he’s built. The massive outpouring has led traders to seek safe haven at other Bitcoin-based margin trading platforms. PrimeXBT has witnessed its a massive influx of new user registrations since news the BitMEX fiasco hit the internet, suggesting that BitMEX traders are leaving the platform for PrimeXBT and other greener pastures. 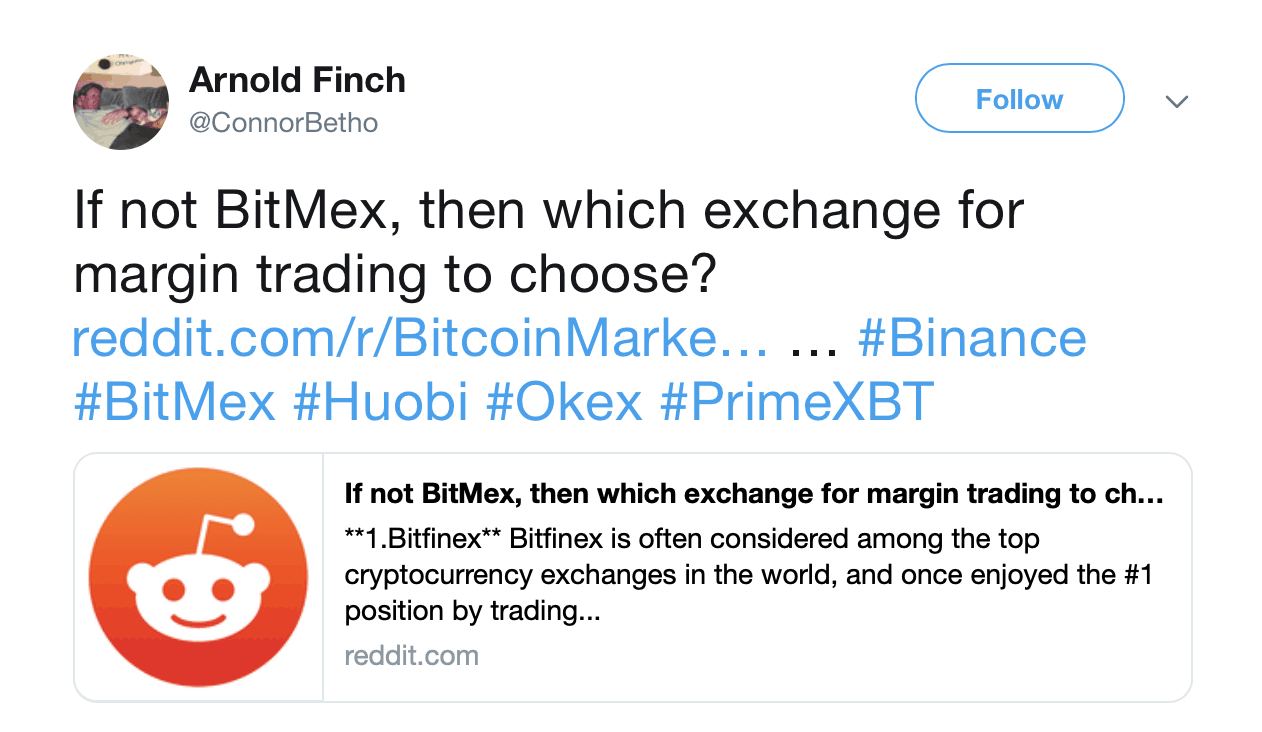 PrimeXBT offers all of the same features that have helped BitMEX become highly sought after in the crypto market, including 100x leverage and the ability to take long and short positions across a wide variety of crypto assets. In light of recent turmoil, that alone should be enough to entice traders into switching to PrimeXBT.

In recent months, PrimeXBT has launched some additional competitive advantages over other trading platforms, namely, the robust trading tools and extensive asset offering. Advanced order types and built-in charting software are present in the platform’s customizable user interface. In addition to Bitcoin margin trading, PrimeXBT also offers Ethereum, Litecoin, Ripple, and EOS for trading – paired against both USD and BTC – and back in April added commodities, stock indices, and forex currencies to offer unrivaled access to a wealth of financial asset types all under one roof. 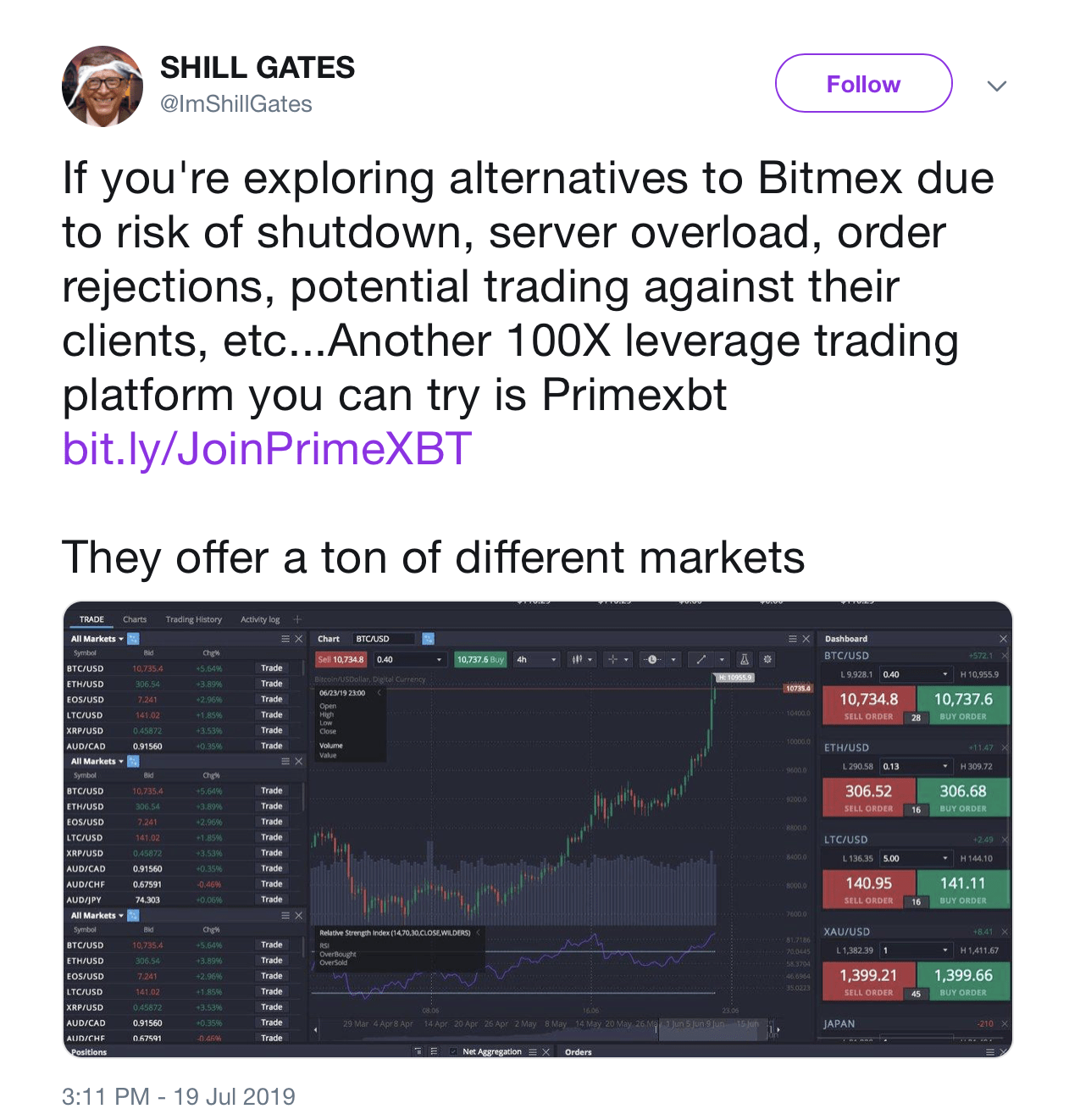 PrimeXBT stands out among the pack, due to the platform having the largest offering of assets along with the most advanced and stable trading engine and tools. Others such as Bitfinex who have a history of longevity with traders have also caused traders to fear the controversy surrounding stablecoin Tether – operated by the same parent company as Bitfinex – being a potential for risk. However, Bitfinex has worked hard to address any concerns and has kept its exchange and user base stable.

Traders exiting BitMEX in fear of having funds frozen and locked away forever will find PrimeXBT to be as easy to use, but will also provide any trader making the switch with far more tools, security, stability and more. PrimeXBT also doesn’t suffer from the dreaded “order submission error” that’s become a running joke across the crypto industry. The joke claims that when volatility hits, BitMEX servers are unable to withstand the trading activity on its platform.

The issues for BitMEX are also an opportunity for traders to look elsewhere and find new and better trading tools, and an opportunity for platforms like PrimeXBT to show their true capabilities with BitMEX out of the way and traders seeking to find a new home.

What Is Dollar Cost Averaging & How to do it With Bitcoin

How to Learn Crypto Trading With No Risk? Try It in DEMO Mode!