The world’s largest and highest volume cryptocurrency exchange, Binance, has released new expansion plans to reach investors in Singapore. One of the busiest financial centers in the world, the island city-state of Singapore has a long history of adopting the latest financial products and technologies and leveraging them to bolster its economy. 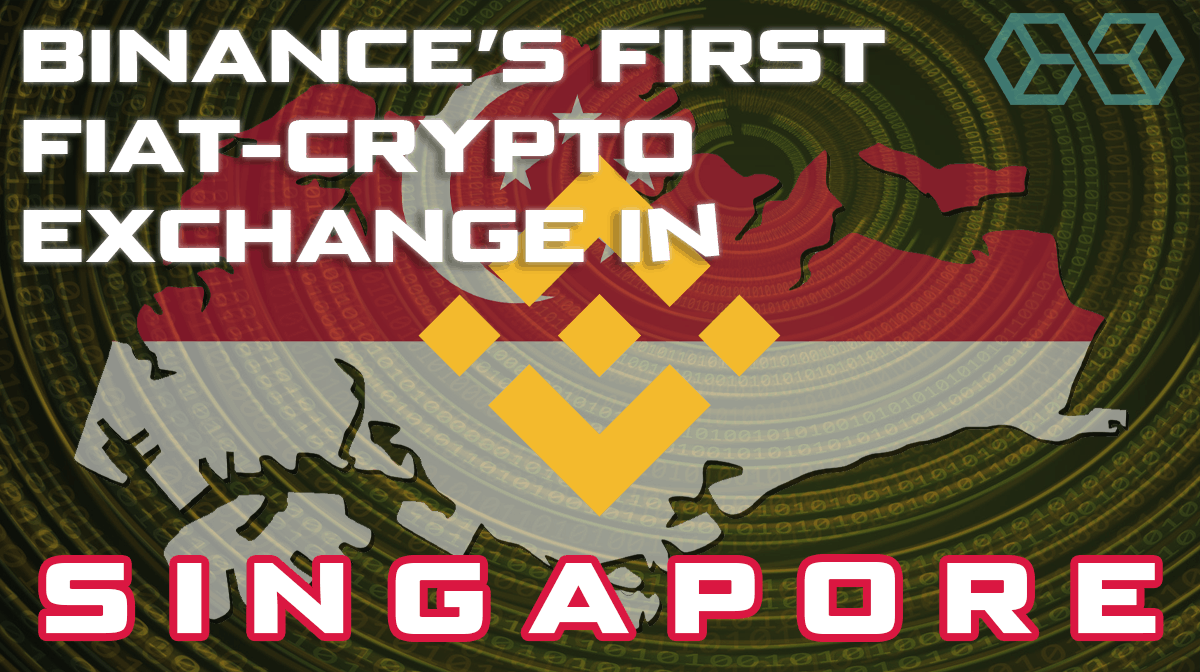 In fact, Singapore was among the first jurisdictions to approve cryptocurrency as a medium of exchange, and draft new legislation to tax its use. The Singaporean government has expressed interest in using blockchain technology throughout the city, and as a result, a huge number of cryptocurrency companies have taken up residence in Singapore.

It seems fitting then that Binance is planning on setting up a new fiat to crypto exchange in this Asian financial hub. This would be Binance’s latest stop on their global expansion list after Malta, Uganda, South Korea, Jersey, and Liechtenstein. The new fiat-crypto exchange goes live today. However, in these early stages, the exchange is in a beta testing phase and only available for a select few.

As far as Binance is concerned, it is one of the biggest cryptocurrency exchanges in the world and has its own cryptocurrency — Binance token (BNB). After launching its ICO in July 2017, the exchange had $2 billion in daily trade volume during the crypto boom in the last quarter of 2017. The exchange currently handles $804 million in daily trade volume.

Binance has even outperformed Deutsche Bank in profits for the first quarter of 2018 – a testament to the rise of digital assets. While Deutsche Bank made $146 million, Binance earned $200 million. In terms of profit, it is only $9 million behind Nasdaq — the tech-heavy US stock exchange that earned $209 million during Q1 2018.

Changpeng Zhao, commonly referred to as ‘CZ’ and CEO of Binance, made the announcement on Twitter, writing:

However, before announcing this news to his Twitter following, CZ had spoken about the entity at a private blockchain event.

CZ gave away few details of what the new exchange would include in his announcement. However, it was clear that it would be similar to Binance’s other new exchanges in financial hubs in Europe and Africa. Its launch in Singapore is most likely a strategic move that is part of its wider business plan.

For the first time, Binance allows Singaporean customers to access cryptocurrency through FAST payments – Fast And Secure Transfers – which is an electronic fund transfer system widely used by banks in Asia. The move is seen widely as a way to get new customers into the cryptocurrency space by removing barriers at the point of sale.

The new exchange has been launched in association with Vertex Ventures China, and Vertex Ventures Southeast Asia and India, and holdings and venture capital companies who presumably are backing the launch of the exchange.

However, some parties have remained critical of the launch, which according to certain sources, feels less like Binance’s usual offering and more like Coinbase – easy accessibility but with severely limited assets on offer.

Interestingly, users are also required to sign-up through an Xfers account, another of Binance’s Asian partners, to access the service. Xfers, a fintech platform for digital business, also tried unsuccessfully to launch Coinbase in Singapore last year.

The service has also attracted criticism for selling digital assets at fixed prices  – in other words, the sale price doesn’t always reflect the market value or spot price of Bitcoin or other assets at the time.

However, Binance has made it clear that its efforts in Singapore are part of an ongoing and wider strategy to launch full digital asset trading in the country, rather than a single limited exchange. Therefore, it’s highly likely that in the future, Binance will look to expand Binance Singapore into a more comprehensive exchange.

Is Singapore A Crypto-Friendly Destination?

The city-state is one of Asia’s most promising business destinations and ranks no. 2 in World Bank’s “ease of doing business” index. And Singapore is already a fairly crypto-friendly region. Digital assets are not considered legal tender in Singapore, but they are freely available to trade and hold as assets or investments.

Having been described as a hotbed for cryptocurrency and blockchain companies, over 600 individual DLT technology firms have domiciled in the tiny nation in the last decade. They have a total combined market capitalization of over US$8 billion.

As a result, it’s highly likely that Binance’s move is an effort to service part of this burgeoning industry. Most blockchain companies, or decentralized applications, require protocol level tokens – i.e., Bitcoin or Ethereum – to run. If Binance can capture a decent market share of the cryptocurrency sales in Singapore, this could result in a very lucrative market for them.

Other Jurisdictions Where Binance Has Located

Binance’s move to Singapore is just one step in the broader move by the company to expand into many different worldwide markets. As we’ve briefly mentioned, these include Malta, Uganda, and Jersey. But why are these locations important?

Malta is well known as a blockchain haven in the Mediterranean and by extension the wider Europen Union. As part of a wider European expansion, it makes perfect sense for Binance to choose to domicile in Malta, whose laws, taxes, and regulations are very favorable towards companies operating in the blockchain space. In fact, Malta’s Prime Minister has even addressed the UN General Assembly stating that blockchain technologies implementation is ‘inevitable.’ This is a strong indicator that Binance is welcome in Malta.

So, why launch Binance Jersey? Just as Malta is a gateway into the wider European Union, Jersey, a British Crown Dependency and part of the Channel Islands, is a self-governing island with a friendly tax structure and financial laws; which also provides a gateway into the wider economy of the United Kingdom. Binance Jersey allows its users to access GBP currency pairs, as well as Euros. Amid tensions between the UK and the EU, Binance’s launch in Jersey may be a smart move to continue serving customers in both jurisdictions.

Likewise, Binance Uganda, which provides a similar service to Binance Singapore by offering a few digital assets in exchange for Ugandan Shillings (UGX), represents an important first step in developing a foothold on the African continent. Binance Uganda provides access to the same assets as Binance Singapore, although interestingly, it also supports PAX coin.

Clearly, Binance is committed to expanding its reach globally, and deploying services in carefully planned jurisdictions which will no doubt allow them to capitalize on the largest markets worldwide.