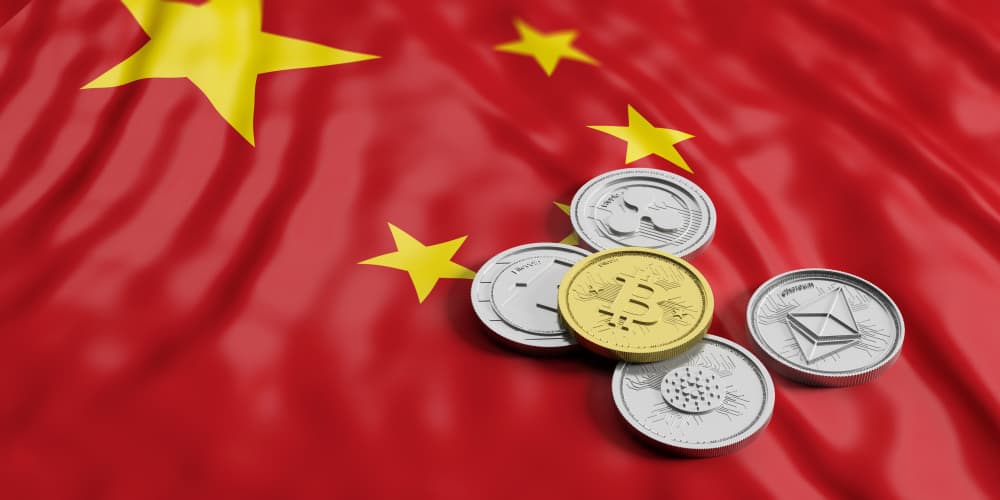 Blockchain technology continues to mature. Despite negative price movements, global powers have positively shifted their sentiments toward the cryptocurrency market. Many countries are further exploring this new digital landscape and developing legislative frameworks. The global consensus seems clear: innovate with blockchain or fall behind the rest of the world.

Contents hide
1 The Past: A Lofty Peak to a Disappointing Trough
1.1 Related Articles:
2 The Present: Expansion and Progression
3 The Future: Long-term Plan and Market Dominance
4 Conclusion:

In particular, China is proving itself to be a leader within the digital currency arena. The country has already amassed superior mining power for several blockchains, and the country continues to increase its already near-majority stake in the crypto market. Even with the government banning all initial coin offerings (ICOs) and cryptocurrency trading in late 2017, developers continue to introduce innovative blockchain applications.

Crypto is anything but dead in China. In fact, spirits are high in building a thriving economy that will disrupt the financial sector. Let’s take a look at how China has made its mark within the cryptocurrency industry since its inception.

The Past: A Lofty Peak to a Disappointing Trough

Before the ban on ICOs and trading that took place on Sept. 4, 2017, China had one of the largest crypto trading volumes worldwide. The immediate interest of cryptocurrency in the world’s most populous country spoke volumes to the technology’s potential. While many argued that the crackdown happened for the government to survey any money-laundering or other illegal activities, evidence pointed toward a more nuanced conclusion: China’s political and economic powers that wanted control over this powerful new tech.

From the outside, it looked like China was anti-crypto and anti-blockchain. But behind the scenes, crypto companies in China kept working. In fact, Chinese crypto exchanges were thriving following the ICO ban.

Two major exchanges (Huobi and OKEx) migrated to Hong Kong — an area free from the economic restrictions of the mainland — to serve Chinese investors and international traders. Within weeks after their relocation, these crypto exchanges experienced a massive surge in daily trading volume and demand.

Locals continued to invest in China-based cryptocurrencies, and enterprise interest spiked. The Chinese government commissioned more in-depth due diligence on projects and set up teams to evaluate this new industry that was said to be disrupting the financial sector.

Despite the crackdown, interest in blockchain technology and cryptocurrency among citizens never ceased; if anything, it exploded.

The Present: Expansion and Progression

China now has one of the largest shares of blockchain-based startups, miners, and crypto-mining farms in the world. China has not just grabbed the attention of only crypto enthusiasts but of the public at large. Last May, President Xi Jinping made a public announcement about the importance of pursuing technological research. President Xi declared that blockchain technology, artificial intelligence, and the Internet of Things (IoT) are reshaping the global economic structure.

Simultaneously, the local government-backed Xiong’An Global Blockchain Innovation Fund began offering $1.6 billion (10 billion yuan) to Chinese blockchain startups. The announcement took place during the opening of the Hangzhou Blockchain Industrial Park, which would serve as the incubation center for these startups. Hangzhou has grown to become one of China’s top fintech hubs and is a primary reason why MOAC has decided to station our Blockchain Application Center there.

Similarly, Hainan province has become a leading zone for blockchain and fintech investment as well as project incubation. In the hope of developing the economy of Hainan province, the area has been exploring economic development and reforming industrial structures since the establishment of the free trade zone. MOAC recently took part in the Global Fintech Innovation Summit held in Hainan this month. The two-day summit featured world-renowned keynote speakers, executive panel discussions, and an incubation series of leading blockchain research institutes and fintech companies.

While these two major hubs have played a huge role in scaling blockchain startups, true innovation lies with expanding the industry to the general population. Telecommunications giant China Mobile saw the potential in showing everyday consumers the value of blockchain. In partnership with MOAC, the company’s Internet of Things unit has developed a water purifier with a built-in computing chip and an IoT module. Depending on how long and how frequently consumers use the product, they can earn a blockchain token in return for their data. The goal for this type of incentivization system is to make blockchain relatable to the average person who doesn’t necessarily spend their time trading cryptocurrencies.

The water purifier is just one of the few consumer applications making its mark across China as a blockchain application for mainstream adoption. The use cases are endless, as we have seen our applications improve new retail, supply chain management, anti-counterfeiting, traceability, and more. The versatility of cryptocurrencies is what’s catching the public’s attention, and for a good reason.

Last year, the People’s Bank of China issued a long-term plan focusing its strategy on the advancement of the financial industry through developing technologies such as blockchain and AI. This plan shows the general interest of the government’s involvement in digital currency and its push for blockchain securities rules. While the Chinese government wants to remain at the forefront of blockchain development, they actively support China’s own top cryptocurrency and smart contract platforms.

Over time, we will continue to see Chinese authorities maintaining control over blockchain and encouraging innovation through their own initiatives. The China Center for Information Industry Development is said to release a national standard for blockchain at the end of the year, which will be interesting to see where companies will have to adjust to next. With a country so highly invested in the future of blockchain, it won’t be uncommon to see innovations and wide adoption come out of China. While Western nations have been slow to adopt, influenced by old markets and bureaucratic systems, it won’t be uncommon to see the emerging market of China prove that a long-term, future-focused vision will reign supreme in a technological world.

To better understand China’s blockchain technology innovation, one needs to take an overview of the growth that has been accumulating over the years. Although the government hasn’t made the process easy for the industry, excitement remains as people continue to push for widespread adoption. With blockchain incubators in Hong Kong, Hangzhou, and Hainan, China is sure to continue their involvement and dedication within the crypto space.

As we begin to see more use cases over time for blockchain technology that optimizes IoT, traditional Big Data, cloud computing, and artificial intelligence, we will also start to see people obtain a better understanding of the technology. The popularity of these emerging technologies among Chinese citizens is catching the attention of the rest of the world. It is here that we will witness the versatility and use cases of cryptocurrencies. China’s increasing stake in crypto has just begun, and it isn’t backing down any time soon.