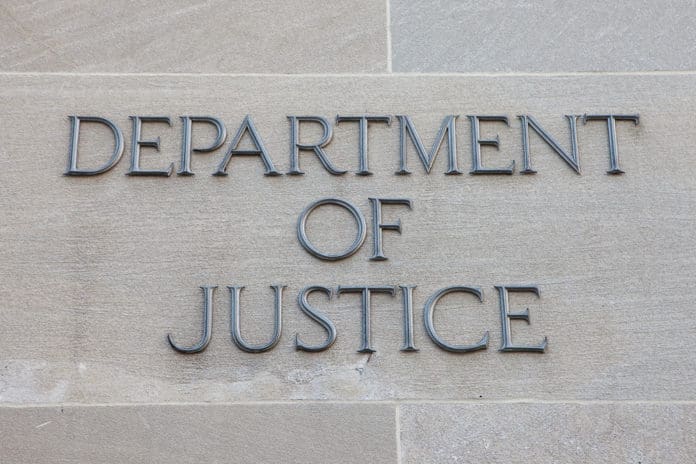 The Justice Department will be looking into practices such as spoofing or wash trading, to identify potential criminal activity. Sources close to the investigation said the U.S. wants to identify any possible price manipulation of Bitcoin and other altcoins.

The U.S. Justice Department and The CFTC are Teaming-Up

Federal prosecutors are reportedly working together with the Commodity Futures Trading Commision (CFTC) to identify the illegal practices. There are multiple concerns regarding cryptocurrency fraud.

Authorities believe most traders don’t trust exchanges to go after those responsible for committing fraud. This leads to fewer complaints and reports of wrongdoing — ‘because why bother’ type of mentality.

Though it isn’t known which cryptocurrencies are being investigated, Bitcoin and Ethereum were confirmed by the same anonymous sources. They also confirmed the investigation just begun. Both the Justice Department and the CFTC denied commenting once approached by Bloomberg.

Spoofing isn’t new, and it has been around as long as trading has existed, and authorities in the U.S. are committed to catching as many ‘spoofers’ as they can.

Spoofers tend to enter orders to buy and sell, tricking others into doing the same — the so-called ‘Pack Mentality.’ The difference is these spoofers have no intention of filling their orders, so they just wait until the right moment to cancel them and profit from the surge they just created.

Citigroup, a large American investment bank, was fined $25 million back in 2017. The bank was accused of manipulating the U.S. Treasury futures market. According to Bloomberg, five people within the bank were suspected of spoofing between July 2011 and December 2012. Apparently, these spoofers managed to spoof more than 2,500 times during that period.

Ever since the 2010 Dodd-Frank Wall Street Reform and Consumer Protection Act passed on July 21, 2010, spoofing was categorized as a criminal activity — it was signed into United States federal law by the then-President Barack Obama in response to the 2007-2008 financial crisis. According to the Dodd-Frank Act, it is illegal to set orders in a trading market without having the intention to fill them.

Wash trading is the other type of fraudulent activity authorities aims to catch with their investigation. Wash traders confuse the market with fake buy and sell orders to themselves. In these situations, the buyers and sellers are the same people, leading others to believe there is interest in a certain digital currency.

Cryptocurrency Trading is an Easy Target for Fraudsters

A University of Texas finance professor, John Griffin, believes the lack of monitoring in price manipulation makes this an easy target for spoofing. Most exchanges these days are starting to apply their own investigative tools, as concerns keep rising over which exchanges are safe for trading. The infamous Winklevoss Twins hired Nasdaq Inc. last month to monitor the digital currencies available on their trading platform, Gemini.

There was a report, last year, of a hacker or group known as “Spoofy.” Spoofy was responsible for allegedly placing $1 million worth of orders without executing any of it.