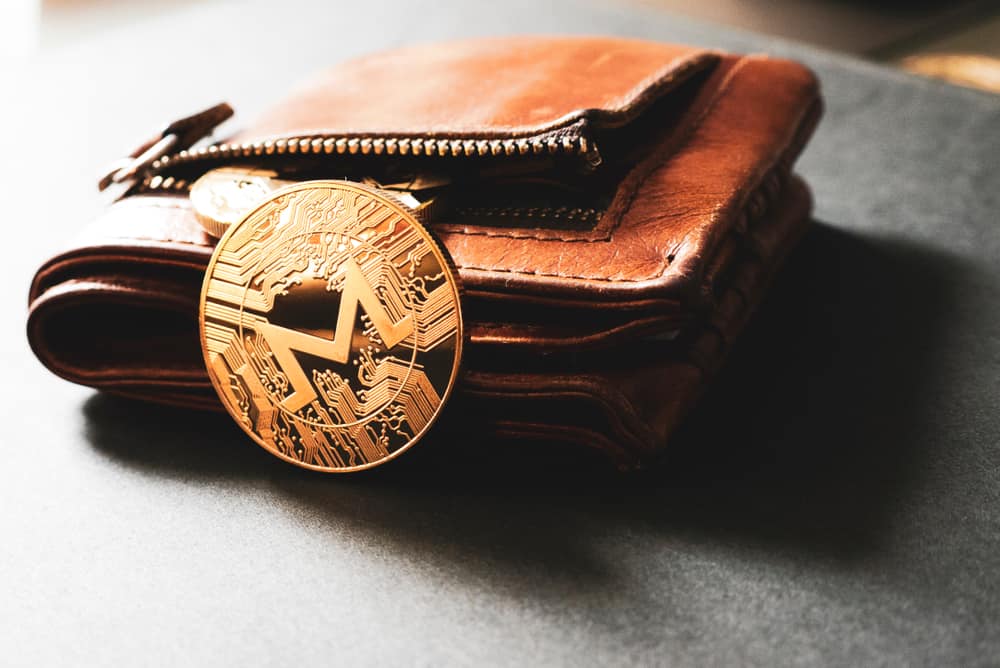 Launched in April 2014, Monero is a digital currency that is private, secure, untraceable and fungible. Though Monero is not currently in the top 5 cryptocurrencies to invest in, it stands as the 10th largest cryptocurrency with a market cap of over $1.8 billion and is considered the leading ‘privacy coin.’ Monero’s website states that it “is more than just a technology” and that the values its technology stand for are also important. These core guiding values include security, privacy, and decentralization.

Contents hide
1 Could you introduce yourself and tell us about your role as the Monero Community Workgroup organizer?
1.1 Related Articles:
2 Can you tell us what Monero is all about in a couple of sentences?
3 Why is it important to have privacy coins like Monero?
4 Monero is a top 10 market cap cryptocurrency and considered the leading privacy coin. Why do you think this is?
5 Are there any worries that regulations will force XMR off of exchanges? If so could Monero prosper via P2P transactions?
6 Could you tell us about the upcoming October 18th upgrade?
7 Monero has received a lot of negative press claiming Monero enables criminals to launder money. Would you like to comment on this?
8 Does Monero have any interesting partnerships lined up?
9 Are there any other exciting future plans you can share with us?
10 What has been your biggest challenge so far working as a Monero contributor?
11 Where do you see Monero being in 5 years?

Due to its privacy and fungibility features Monero has received some negative press claiming it allows criminals to launder money. However, Monero supporters state that this pales in comparison to the money laundering done through the USD. In fact, they say:

“The only thing negative press proves is that the privacy and fungibility of Monero is sound; making it the primary feature that has Monero primed to replace cash in our planet’s digital future.”

Blokt.com reached out to Justin Ehrenhofer the Monero Community Workgroup organizer to discuss this privacy coin. The interview went as follows:

Could you introduce yourself and tell us about your role as the Monero Community Workgroup organizer?

I am the organizer for the Community Workgroup and a few others. Monero has an Outreach Workgroup that is organized by other people. My friend and I started this workgroup to better spread the word of Monero through quality educational resources under the name “Monero Marketing Workgroup.” After a few months of operation, other workgroups matured, and we shifted the focus to providing a common place for the community to share ideas and collaborate among other workgroups. We host biweekly community meetings that cover the latest Forum Funding System (FFS) updates, workgroup updates, and important discussions. We leave time at the end of the meeting for open ideas. We also host a monthly Coffee Chat; a casual conversation focused on humanizing contributors and aimed at newcomers.

Can you tell us what Monero is all about in a couple of sentences?

Monero is a decentralized cryptocurrency with strong focuses on privacy, fungibility, and security. Monero allows people to interact in a digital economy with the same advantages as cash, including traits like fungibility that most people take for granted. The protocol is fully open-source, and users have full control over their privacy and security.

Privacy is a basic human right, and we should not lose this right when moving to a digital system. When you pay someone for a good or service, they should not learn your wallet balance, the source of funds, and be able to track activity in that account indefinitely. Similarly, merchants do not want to accidentally receive “tainted” coins associated with a previous negative activity. Monero’s privacy features allow people to transact digitally without worrying about whose Monero is worth more or less than another, or whose Monero will result in their account being investigated or closed.

Monero is a top 10 market cap cryptocurrency and considered the leading privacy coin. Why do you think this is?

Monero provides a substantial amount of privacy for all transactions and takes a respected approach to decision-making. It is a fair and decentralized coin like Bitcoin. However, it offers substantial privacy and security benefits over other cryptocurrencies. Systems on Monero can interact without worrying about leaking important transaction metadata including the amount, which is nearly impossible to replicate reliably on a system that is transparent by default.

Are there any worries that regulations will force XMR off of exchanges? If so could Monero prosper via P2P transactions?

I do not believe that Monero will be regulated off exchanges in most countries. The Monero community needs to continue to explain that Monero is a tool that provides necessary functions of money. Monero is already prospering on P2P exchanges such as Bisq, where it is consistently the most traded coin.

Could you tell us about the upcoming October 18th upgrade?

The October 18 upgrade is one of the typical twice-per-year upgrades that Monero undertakes. This upgrade introduces three major features: 1) substantial efficiency improvements with bulletproofs to cut transaction size, verification time, and fees by approximately 80%, 2) a mandatory ringsize of 11, further improving privacy, and 3) a new Proof of Work (PoW) algorithm that is incompatible with possible dedicated mining hardware. In sum, this upgrade is a massive win for efficiency, scalability, privacy, security, and decentralization.

Monero has received a lot of negative press claiming Monero enables criminals to launder money. Would you like to comment on this?

Monero is a tool that many will use for illicit purposes, including money laundering, unwanted mining, and ransomware. Of course, the wider Monero community denounces these uses. Luckily, these transactions make up an incredibly small proportion of network activity, and this proportion decreases as Monero is used for more mainstream uses. I believe we will see a similar transition as we did with Bitcoin: people initially viewed it as a darknet currency, but now that association is mostly broken as other uses have been reinforced. Monero should follow the same basic pattern.

Does Monero have any interesting partnerships lined up?

Monero is not a corporation. We always encourage people to build software on top of Monero. Mastering Monero, a book that introduces many important topics to interested readers, should be released very soon. This is a community initiative funded through the Forum Funding System (FFS).

Are there any other exciting future plans you can share with us?

Kovri implementation in Monero is expected later this year. This will allow users to more easily hide their IP address metadata they send to nodes on the network. Kasisto, a Monero point of sale payment processor, is expected to reach its second beta at the end of November.

What has been your biggest challenge so far working as a Monero contributor?

It is incredibly difficult to “manage” a decentralized community. Monero news, development, research, and initiatives are spread across dozens of workgroups and hundreds of active contributors. It is often difficult to keep up with all the latest changes and remember who is volunteering on what project. This is a focus of the Monero Community Workgroup: bringing these people together without losing any benefits of decentralization. Frankly, this often seems like an impossible task.

Where do you see Monero being in 5 years?

Hopefully, Monero will incorporate many additional privacy and security enhancements to further defend its position as the “cockroach cryptocurrency” of sorts. As sidechains and digital assets continue to grow in popularity, Monero should be an ideal project to interface with. You can easily build applications without worrying about metadata leaks between your system and other systems.