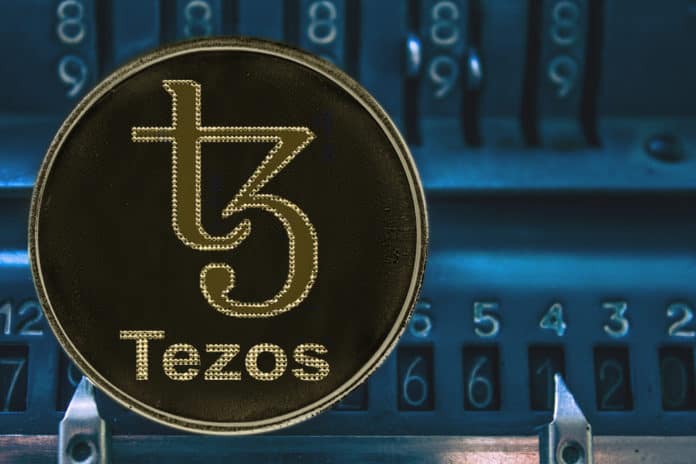 The Tezos delegates (bakers) are currently casting their vote to either approve or disapprove the promotion of Athens A to mainnet. For the community to implement this new upgrade, there must be a super-majority in favor and participation must reach the quorum.

At the moment, the required super-majority in-favor has been achieved, and it is getting close to reaching the participation quorum. With the historic vote set to provide a proof-of-concept for Tezos as a self amending ledger, it could increase the demand for the coin.

The Tezos amendment process has four essential steps to be followed before an upgrade proposal is implemented on the network. The Athens A update has already passed the first three steps namely; proposal, exploration, and testing.

At the end of the promotion vote period, if participation reaches the quorum and the tested proposal has a supermajority in favor, then Athens A would be implemented as the new protocol. With roughly 16 days to go until the voting process closes, it is highly likely that the proposal would reach the required quorum threshold.

In the second proposal, the Tezos gas limit would be increased while the proof of stake roll size would be decreased to 8,000 XTZ. At the moment, a baker must have 10,000 XTZ coins to stand a chance of being selected to propose or support a block. However, the Athens A second proposal would reduce that requirement to 8,000 XTZ coins, thus, making it easier for people to become bakers on the network.

Nomadic Labs Carries Out Extensive Testing on Athens A

The team behind the Athens proposal, Nomadic Labs revealed that they carried out an in-depth examination to ensure that the proposed changes act as planned and to ascertain that the move to Athens A would not consume a lot of time and disk space.

Nomadic pointed out that there would be a one-time increase in disk space and time when the Tezos blockchain moves from the old protocol to Athens. According to the results obtained from testing the two proposals, Nomadic stated that any performance differences between them are inconsequential.

Will the Vote Increase the Price of Tezos?

Tezos (XTZ) has had a great run in 2019 so far, currently up more than 158% since the start of the year making it one of the best performers. This has come on the back of many positive developments including Coinbase Custody announcing support for Tezos baking (staking) for its institutional clients.

The implementation of Athens A would be a major milestone in blockchain governance and a proof-of-concept for Tezos with it successfully demonstrating itself as a self amending ledger. This is something that its competitor Ethereum, and other blockchain projects have struggled to deal with, and which many anticipate will lead to an increase in demand for Tezos.

Tezos is steadily building a reputation as the best alternative to Ethereum and has some high-profile investors backing it including Tim Draper, the Winklevoss Twins, and Polychain Capital. Tezos is yet to be listed on Coinbase for retail customers, neither has it been listed on Binance, though with the positive developments occurring and a strong community behind it, many believe this is likely to occur soon, which would open the doors to a huge number of potential investors.

Tezos is currently trading at $1.3 with a market cap of $863 million, and according to gate.io, XTZ recorded an all-time high price of $7.5 on January 4, 2018, which at the time would have been a market cap of about $4.9 billion. As it stands, Tezos closest competitors, Ethereum and EOS, have market caps of $20.4 billion and $4.96 billion respectively.