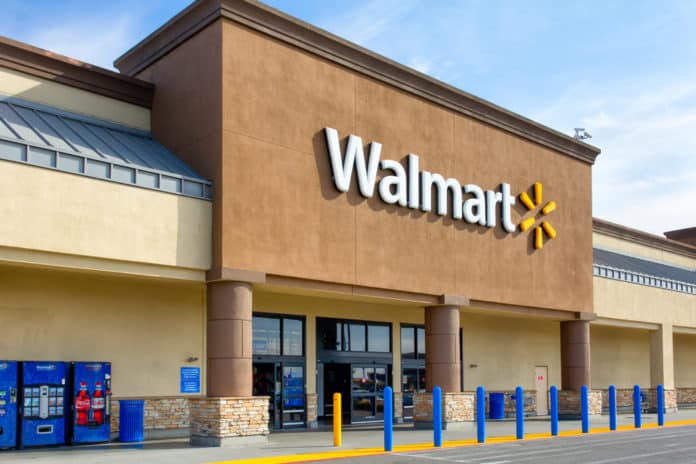 On Thursday, March 1, 2018, the US Patent and Trademark Office released a patent application filed by the retail behemoth Walmart. The patent application is titled merely ‘Smart Package.’ It talks primarily about a smart package that can have features such as internal sensors and security systems. The application also talks about how said smart package might be delivered via autonomous vehicles.

The application mentions blockchain technology in the context of “a delivery encryption system comprising a blockchain for package tracking and authentication.”  The smart package’s sensors would record information about the package such as its location, contents, temperature, and more. This information would be stored on the blockchain as it moves through the distribution and delivery process.

The application goes on to define this particular blockchain. It says that:

This is far from Walmart’s first exploration into using blockchain technology to enhance its operations.

The above application, which was filed on August 24, 2017, actually supersedes another smart package related application filed a year before in 2016.

Around the same time as the patent application in August 2017, Walmart announced that it was teaming up with IBM to use blockchain technology to improve food supply chains. Specifically, blockchain technology would enable producers and authorities to trace the source of contaminated food produce easily; a big step forward for public health safety.

Walmart wasn’t the only one that teamed up with IBM for this project. The retail giant joined a consortium of other giants that included Unilever, Tyson Foods, Nestle, Kroger, McCormick and Company, Dole, and Golden State Foods. IBM has of course been working on its blockchain platform for quite some time. The technology giant is a well-known supporter of Linux’s Hyperledger Fabric and Hyperledger Composer technologies.

The impetus for this consortium appears to be an earlier collaboration between IBM and Walmart; a 2016 pilot project in China. This project, in which Beijing’s Tsinghua University was also a partner, was to see how to use blockchain technology to tackle the supply chain of the country’s massive pork industry.

The takeaway is that despite all the (mostly well-deserved) criticisms directed at the ‘crypto mania,’ the applications of blockchain technology are very real. Cryptocurrencies are just one small part of the whole picture. And if the world’s largest company by revenue is seriously looking into incorporating blockchain technology into its processes, many more will likely follow suit.