There are new technological revolutions and advancements every few years. However, blockchain, in particular, and it’s new associated asset class – cryptocurrency, is set to bring about significant changes to both enterprise users, and the way we transact and share data in our private lives.

Contents hide
1 What is Blockchain?
1.1 Related Articles:
2 What is the Difference Between Blockchain and Cryptocurrencies?
3 Why is Blockchain so Important?
4 Is Blockchain the Fourth Industrial Revolution?
5 References 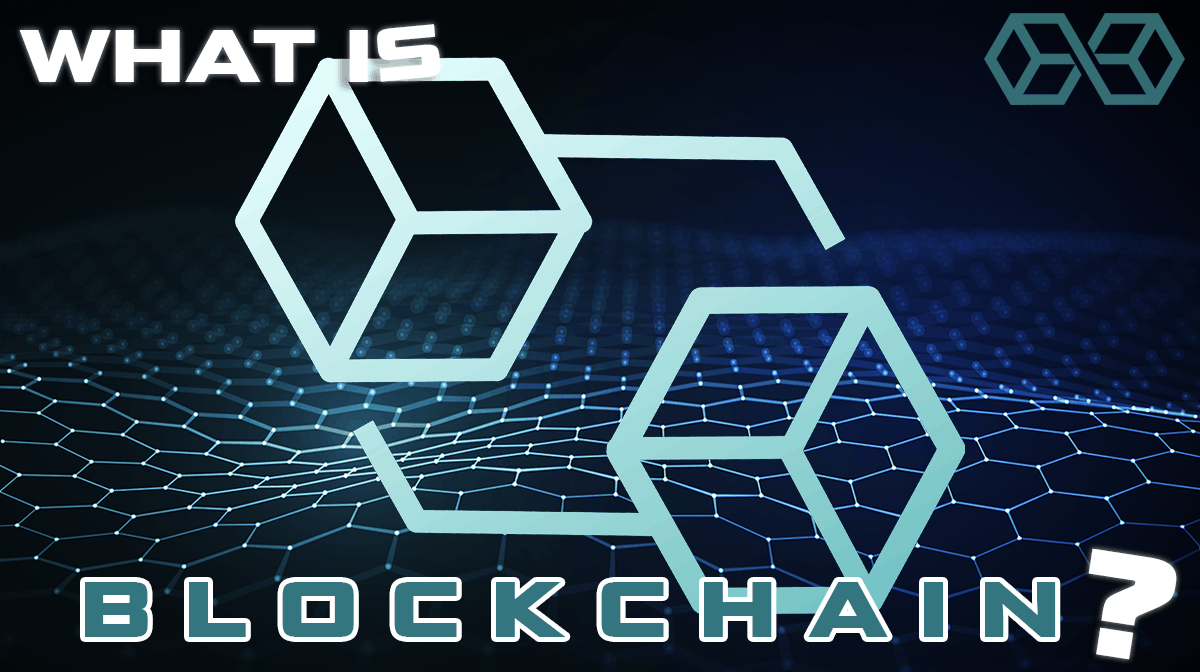 In fact, blockchain technology is potentially so important that governments of major countries across the world are investigating its potential applications, such as enhancing cybersecurity, providing new financial infrastructure, and managing personal data.

However, many people still don’t fully understand what blockchain is, and in an industry full of both tech-speak and financial jargon, it can be incredibly difficult to pin down an exact definition of ‘blockchain.’ So, the question arises as to what blockchain is, why it’s so important, and how it works. Here’s a quick rundown to get you up to speed. 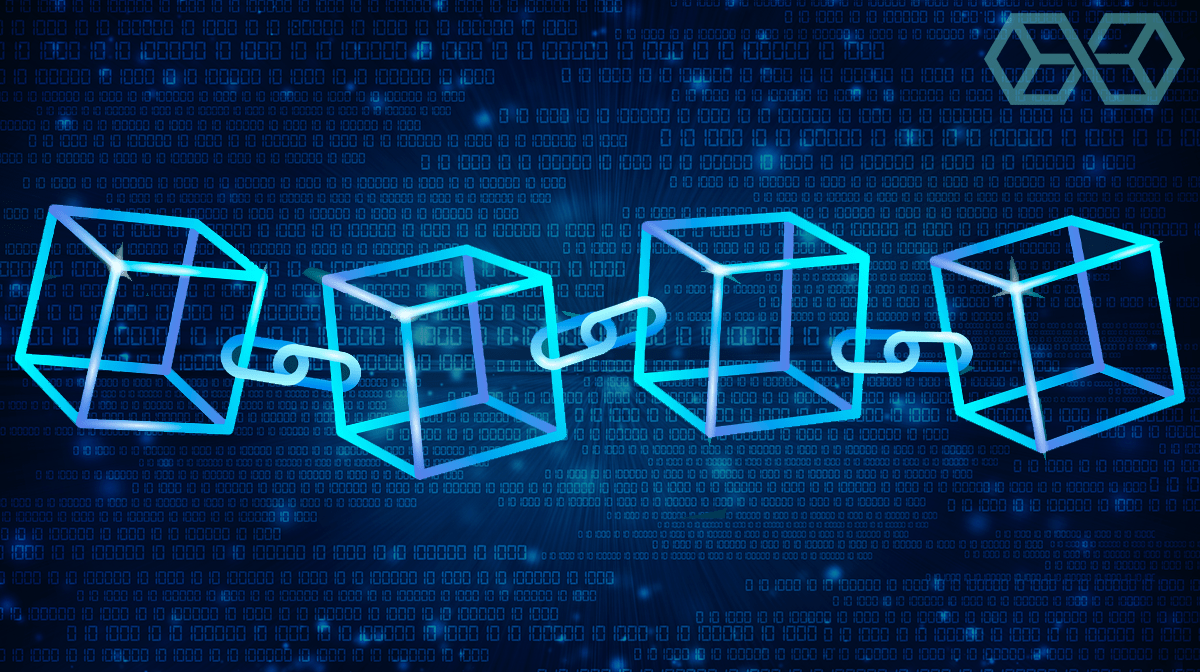 For Bitcoin, one block typically lasts around 10 minutes, after which it becomes validated. Block validation occurs when miners, whose job it is to validate new blocks on the Bitcoin blockchain, reach consensus on a new block. This essentially means that all relevant parties have agreed on a single version of the blockchain – and once this has been decided, it becomes impossible to reverse.

As copies of the blockchain are distributed among many network nodes, it’s incredibly difficult to tamper with any record on the blockchain. One of the only ways a hacker could do this in practice is to seize control of the majority of the nodes, called a ‘51% attack’, which could allow them to write their own version of the history of the blockchain. However, for frequently used protocols that are updated regularly; this would be incredibly expensive and difficult in practice.

If the majority of nodes come to the consensus that a block is invalid or has been altered, it is rejected and won’t be added to the latest version of the blockchain. Therefore, reaching consensus is an integral part of understanding how blockchain works in a broader context.

Compared to traditional ledgers or databases, where one single party could change or destroy a whole set of records or a history of transactions from one centralized point of entry, the blockchain represents a far more secure way of storing data and executing transactions.

What is the Difference Between Blockchain and Cryptocurrencies?

Instead, cryptocurrencies such as Bitcoin and Ethereum are designed to leverage blockchain technology to eliminate the need for third-parties, who traditionally would facilitate and guarantee transactions and exchanges of value.

Therefore, whereas previously central governments or banks would need to act as the guarantor of value and sign off on currency creation and transfers, now cryptocurrencies serve as a decentralized monetary system that is fraud-resistant by virtue of it’s ‘trustless’ nature – i.e., no party has to trust another blindly.

The way this is achieved is through cryptography, the science of encoded information transfer. This allows cryptocurrency data to be unique and secure, using the information to act as the basic token of exchange (instead of gold, food, or government-backed paper money).

The details of how this works are quite intricate, but essentially it involves a decentralized database or list of all transactions of tokens between users, with each user having a public address that tokens can be sent to. In the case of the blockchain, users have their private key which they use to unlock the tokens that they have in their address when they want to send them to someone else (spending them, in other words).

Because this decentralized list (or ledger) needs to be up to date for all users to prevent the double-spending of tokens, each full participant on the cryptocurrency network has a complete copy of the entire ledger on their computer. This ledger is blockchain.

New blocks of data are added to this blockchain as more tokens (the unique cryptographic units of data that act as money) are “mined” or calculated by trial-and-error computing. So, as we’ve previously discussed, you end up with a ledger database of the whole currency’s ecosystem in sequential data form, which is added to overtime. For a digital currency system, having a past record of all prior transactions is incredibly important for transparency and fairness.

Why is Blockchain so Important?

There are many reasons why blockchain has exploded in popularity and has been touted as a revolutionary technology for a whole host of industries. While the actual widespread implementation of blockchain is still ongoing, there are some clear blockchain benefits to both users and enterprise clients.

Aside from the lack of need for third-party intermediaries, blockchain and cryptocurrencies open up a whole new range of previously impossible possibilities. For example, due to their cryptographic properties, cryptocurrencies can be used to create smart contracts, which are rule-based digital agreements that automatically pay the relevant party based on some event (like bad weather automatically processing an insurance payout).

Blockchain technology is also novel in that it allows more secure databases that cannot be overwritten without leaving a trace.

Blockchains can also be used to make cryptographic analogs of traditional securities. For example, many financial services companies are now exploring the representation of physical assets as blockchain-based tokens, which could be freely traded and transacted online.

These assets, often referred to as security tokens could include stocks, equity, bonds, and debt; or physical items such as gold, silver, rare earth metals, or real estate. The potential of security tokens are huge, as essentially it means that virtually any asset could be represented as a digital token. This would create far greater trading opportunities, enhance world wide trading of commodities, and vastly increase liquidity for a range of assets.

Without the advent of blockchain technology, meaningfully representing and trading many of these assets was impossible, or time and cost-intensive.

Is Blockchain the Fourth Industrial Revolution?

As a result of its transformative power across a host of industries, many are now calling blockchain technology the catalyst for the ‘Fourth Industrial Revolution.’ Alongside the internet of things (IoT), artificial intelligence (AI), and machine learning (ML), blockchain has the power to greatly enhance the way we store assets, share data, and transact online.

Despite attracting some unwanted attention through the boom and bust cycles of cryptocurrencies, which left many in the traditional finance world calling for their heavy regulation to protect retail investors, the underlying blockchain technology itself remains a serious industry which is still growing rapidly.

So, in summary, blockchain tech is a secure means to transfer data and ensure transparency in a decentralized system, and these properties open up a whole new range of possibilities for future technology applications.