Bitcoin is a form of digital money, and the first-ever cryptocurrency to be created. It is both a payment system based on a distributed ledger and a currency through Bitcoin, and it’s smaller units of divisibility, called ‘Satoshis.’

Satoshi Nakamoto, who first created the bitcoin whitepaper in 2008 and formed the original idea leading to the implementation of Bitcoin in 2009, is a mysterious and anonymous figure whose identity has never been proven.

Bitcoin does not rely on intermediary regulatory services such as banks or government regulatory bodies. In fact, one of the major reasons for Bitcoin’s explosion in popularity is that it is a decentralized system, i.e., not under the control of any one central organization. You’ll learn more about decentralization later in this article – but first, let’s explore how Bitcoin works.

How does Bitcoin Work?

Bitcoin uses blockchain technology, which in simple terms, is a type of public ledger system. A ledger is an account of all transactions which are taking place and have ever taken place, between individual addresses. All transactions made through this system are irrevocably listed in a ledger which is stored by Bitcoin users. Everyone running a node (a software wallet, for example) has a copy.

Whenever somebody makes a transaction, a new entry is made, and once this is verified by other users, the public ledger is amended, and all copies are updated automatically. The entry in the ledger is proof that Bitcoin was sent and received, preventing double-spending.

Theoretically, double-spending is possible in a digital cash scenario, where, unlike physical fiat money, a single digital asset or token could potentially be spent more than once. 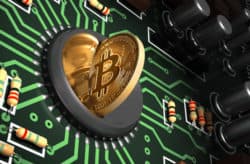 How are Bitcoins created?

Government-issued fiat money is either printed or minted; whereas cryptocurrencies like Bitcoin work quite differently.

To create Bitcoins, a mathematical problem needs to be solved. Whenever a transaction on the Bitcoin blockchain occurs, miners will verify it before the blockchain is updated. The verification process involves solving these complex problems using dedicated hardware and techniques, and the creation of a particular code leads to the validation of a transaction, which in turn ‘mints’ a new Bitcoin block.

This process is called mining. Mining simultaneously helps validate the network’s status and creates rewards for the miners in the form of Bitcoin. Due to this fact, a vast number of transactions happen in a relatively brief time; the blockchain accumulates these in blocks for the miners to verify.

Before transactions can be verified on the Bitcoin network, all miners or block validators must reach consensus on the network. This means ensuring that all of the block history, or the history of transactions, matches across all nodes on the network.

Why is Bitcoin Better Than Fiat Money? 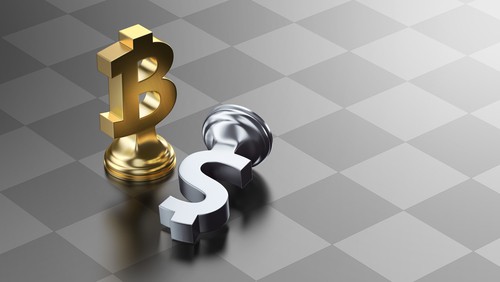 Bitcoin and cryptocurrencies are often touted to be a superior method of exchanging value than traditional money. However, there are multiple different use cases for various types of cryptos. There are many reasons why cryptocurrencies such as Bitcoin may be a better option for some than fiat money; they include:

Some proponents of blockchain believe that governments are becoming more and more Orwellian, and power is slowly being removed from the average citizen. Excessive power in the hands of the few does not bode well with many, but in situations such as this decentralization could help.

Bitcoin is decentralized. No one person controls it. The developers and creators of Bitcoin have written the code, and now it is the users and miners that are responsible for its validation. As the Bitcoin blockchain is stored on every node, transactions and data cannot be rolled back or tampered with by any single corporation or individual. In other words, all records on the blockchain are ‘immutable.’

While your bank or creditor might require you to have a particular credit rating or credibility before you can open an account with them, blockchain generally doesn’t impose such barriers to entry.

Even if you meet their requirements, you have to undergo a lengthy and cumbersome process to open an account. With Bitcoin, you can set up an account and start using it within minutes, just using a Bitcoin wallet.

Electronic payment is not a new thing by any means. However, if your transaction involves credit card companies or other institutions, everyone wants a cut. While Bitcoin requires transaction fees to make a payment, it is generally lower than those needed for international transactions with Visa or MasterCard.

Bitcoin and cryptocurrencies come into their own when looking at international remittance payments. With fiat money, sending it across borders is a time consuming and costly process, often involving multiple intermediaries and significant fees.

With Bitcoin, you can send and receive money often within minutes. This can fluctuate based on the status of the network and miners, but it’s likely only to keep improving as Bitcoin becomes more scalable.

Bitcoin payments are pseudo-anonymous, rather than fully anonymous. This means that while there’s no personal data directly attached to transactions, there are still long strings of transaction history attached to the blockchain.

People can’t see how much money is held, how much is spent, and who it was sent to, on a personal level. This information can only be seen based on the Bitcoin Wallet address (which is pseudo-anonymous). Financial institutions have all this information, and they store your entire transaction history.

6. The Ledger is Public

While Bitcoin payments are pseudo-anonymous, they are also transparent. When a user makes a payment to someone through Bitcoin, the transaction is updated in all the copies of the ledger. This means that the entire user base of Bitcoin knows the address you used, sent, or received a particular quantity of Bitcoins to or from another address.

How You Can Use Bitcoin

Bitcoin is currently the most widely used cryptocurrency, both for transactions and in daily trading volume. This popularity is reinforced by merchants all over the world who accept Bitcoin as a form of payment in their stores or online.

You can use Bitcoin to make payments to services which accept the digital currency, which include a huge range of service providers including merchants, casinos, and online shops. These services provide the necessary information in their store or on their website for you to make the transaction.

It usually involves them providing a Bitcoin address and the amount, in Bitcoin, to send. They often use a QR code for their address, which can be scanned by your Bitcoin wallet. Companies such as Microsoft, Dell, and Expedia accept or have accepted Bitcoin payments.

Where to Buy Bitcoin?

There are many places where you can buy Bitcoin. Most of these are Exchanges, which provide order matching between buyers and sellers. There are also some options for OTC (Over-the-Counter) purchasing for larger purchases.

Before purchasing Bitcoin, users should make sure they know how to transact, store, and transfer their digital currency safely. Read more about how to buy or sell Bitcoin in our guide here.

If you have any questions about Bitcoin, feel free to comment below. One of our staff or regular users will help answer any questions.