In the past year, Bitcoin has undergone a meteoric rise in value, from around US$700 a year ago to its current valuation above US$4000. Some analysts predict that a single Bitcoin will one day be worth more than US$500,000. Bitcoin is quickly picking up speed as one of the hottest assets on the market.

Perhaps you’re interested in buying Bitcoins to hold as a long-term investment, or as a way to invest in other so-called “altcoins” that can only be purchased with Bitcoin. Historically, the process of acquiring Bitcoin has required some technical know-how, a gap that has traditionally kept many interested parties from investing in Bitcoin. As cryptocurrency has risen in popularity, however, many reputable and user-friendly options for buying and storing Bitcoin have come onto the scene.

Bitcoins cannot be stored in a bank (with the exception of Revolut), and their safety is ultimately in the hands of the user who holds them. Therefore, it is imperative to research the tools that you use to interact with your Bitcoins to ensure their security. In this post, we’ll discuss the different methods that can be used to buy, sell and store Bitcoins securely. If you live in the UK, then read our UK-specific guide here.

Method One: Purchasing or Selling Bitcoins on an Online Exchange

Buying or selling Bitcoins on an online exchange is the easiest and most popular way to trade them. When choosing an exchange, it’s important to keep a few things in mind. What kind of reputation does the exchange have? How long has this exchange been operating successfully? What type of security does this exchange utilize to protect users’ personal information and assets, and has this security ever failed? 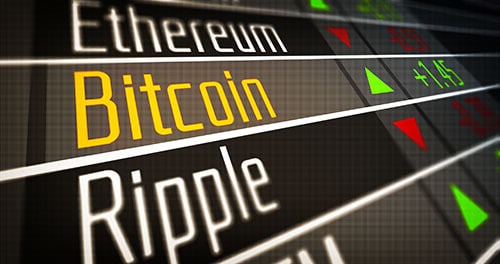 While all of these exchanges have the capability of storing Bitcoins, it is not recommended to keep Bitcoins (or any other cryptocurrency, for that matter) stored on an exchange long-term. See our in-depth guide to safely storing your cryptocurrency here.

Coinbase is an extremely user-friendly option for newcomers to cryptocurrency. It is both an exchange and a versatile wallet that has online, mobile, and desktop interfaces. Currently, Coinbase can be used to buy, sell and store Bitcoin, Ethereum, and Litecoin; it supports payment via bank transfer or credit/debit card. Photo ID must be provided to become a registered Coinbase user.

While Coinbase is a very convenient option, it must also be said that many users have had poor experiences with Coinbase’s customer support. Additionally, Coinbase’s fees are a bit higher than the industry average.

Kraken is a European-based exchange that allows Bitcoin to be traded for USD, JPY, EUR, and GBP. Kraken has low trading fees, but the verification process required to become a functioning user can take as long as several weeks. Kraken protects its users’ accounts with 2-factor identification and PGP encryption.

Changelly is an online exchange that has also been noted for its user-friendliness. Unlike Coinbase, Changelly does not offer a mobile or desktop wallet, but Bitcoin can be stored. Changelly supports the use of bank cards to buy Bitcoin with USD. Changelly charges a 0.5% fee on each transaction within its network, on the higher end of the industry average.

Over-the-Counter Trading is a way of buying or selling Bitcoins without going through an exchange. Instead, Bitcoin trades are arranged on a peer-to-peer basis. The advantage of this is that there are no fees charged by a third party.

Of course, there is a bit of a risk involved in Over-the-Counter trading, as you must trust that the person who is selling Bitcoins to you will indeed send them. To ensure that the person you’re trading with is trustworthy, use a platform like LocalBitcoins.com, which provides users with trustworthiness scores.

Storing Your Bitcoins Safely: Who Holds Your Private Keys?

Although Bitcoins have become quite valuable assets, they are essentially an abstraction–you cannot see, smell, touch, taste, or own a physical Bitcoin. To hold a Bitcoin, you must be in possession of that coin’s private key.

A private key is a series of numbers that allows a Bitcoin to be sent. If you hold a Bitcoin’s private key, you also maintain the ability to spend (or hang on to) that Bitcoin. Private keys are the things that enable access to transfer Bitcoin from a Bitcoin wallet. Private keys always start with the number five, and they look like this:

Private keys must not be confused with public keys, also known as public addresses–a public key is an address that is used to receive Bitcoins. Public keys always start with the number one, and look like this:

When it comes to private keys, different wallets distribute the responsibility of keeping them safe in different ways. Some wallets, like Coinbase and Exodus, keep your private keys for you. You will never have access to them; instead, they are stored on the wallet’s private server.

While this may (in theory) alleviate the personal stress of worrying about keeping your private keys safe, choosing this kind of wallet also means that you are entrusting your Bitcoins into someone else’s care; if that private server gets hacked or otherwise compromised, your Bitcoins could be lost. While you would likely be hoping for some compensation, you would probably be out of luck.

Once you have decided whether you want your Bitcoins’ private keys to be in your own hands or under the responsibility of a third-party company, there are a few different types of Bitcoin wallets: 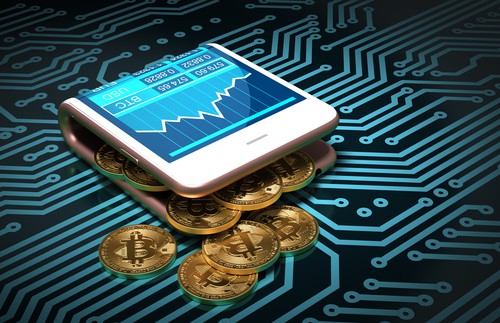 Online wallets are thought of as the least secure kind of Bitcoin wallet because of their susceptibility to hacking. While there are some independent options for online wallets, most are associated with online exchanges (i.e., Poloniex, Bittrex).

Desktop wallets are downloadable pieces of software that can be used to store Bitcoins. Different desktop wallets have different sets of features. For example, Bitcoin Core is a “full-node” wallet that stores the entire Bitcoin blockchain, which allows for more private use; on the opposite end of the spectrum, Exodus is a “light” desktop wallet that has a built-in exchange.

Mobile wallets are an option for users who are looking for user-friendly wallets that can be accessed on-the-go. Some mobile wallets, like Coinbase and Copay, have built-in exchanges that can be used to buy and sell Bitcoin and other kinds of cryptocurrency quickly.

When you create a paper wallet, make sure that you print multiple copies that can be kept in various secure locations. Protect the copies with plastic bags or lamination, and use an offline printer that cannot be hacked when you are printing your paper wallet.

Hardware wallets are considered to be the most secure kind of cryptocurrency storage. They store Bitcoins offline in cold storage, and have options for regeneration should they be destroyed. Hardware wallets are encrypted and protected with varying levels of security, including pin codes, password, and multi-signature sign-in.

What the world of cryptocurrency is experiencing right now is a crucial time in its history–it is just beginning to make the leap from being a “fringe” movement to a mainstream fintech revolution. Undoubtedly, there is a lot of money to be made; some early adopters have already reaped massive benefits.

Unfortunately, for just as many great crypto opportunities that are appearing nearly every day, there are many “scam coins” and other kinds of crypto-related schemes.

Therefore, when entering the cryptosphere as a first-time investor, it is imperative to learn how to protect yourself from malicious scammers. Our newsletter is full of useful information about making wise investment choices, technical advice, and new opportunities.

If your friends, family, or colleagues could use this information or any of the other useful information that we have on our site, share this post using the social media buttons.

What have your experiences been as a first-time Bitcoin buyer? Post a comment–we would love to hear about them!