Blockchain technology underpins the likes of Ethereum, Bitcoin, and other popular cryptocurrencies, but there is more than just one type of blockchain – and it’s not a ‘one-size-fits-all’ industry.

One of the most important distinctions to understand is the difference between public and permissioned blockchains. Both types of blockchains are in use in the business world and the world of cryptocurrency investment, so it is essential to have a good understanding of how these technologies differ – and what they have in common. 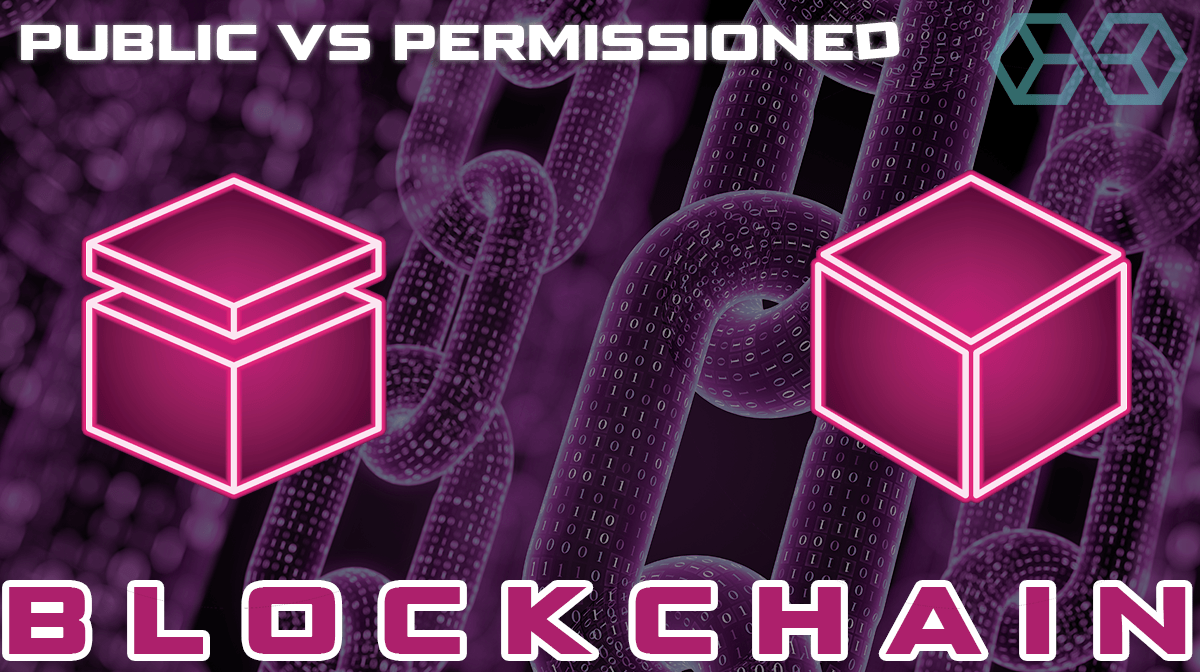 Regardless of terminology, all blockchains make use of three distinct technologies – namely the use of cryptographic keys, the distributed network and the use of network servicing protocols.

Therefore, it is crucial for investors, traders, and users to understand the distinctions between these kinds of blockchain, and how those differences may impact the way they do business.

In Bitcoin, everyone can use cryptographic keys. Every Bitcoin user can be a node and join the distributed network. Just as importantly, anyone can become a Bitcoin miner, using their computing power to service the network and seek a cryptocurrency reward.

Those miners can walk away from their status as a node at any time. When they leave, they can get a full accounting of all of their network activity. That transparency is at the heart of the Bitcoin community, and many feel it is at least partially responsible for the success of the popular cryptocurrency.

Similarly, newer generations of blockchain, which use proof-of-stake (PoS) technology, validate transactions on the blockchain through the use of stake pools. These pools serve virtually the same role as miners in a PoW blockchain, except they use their proportional holdings of the protocol’s token to participate in network validation and voting.

In either scenario, both of these methods of consensus are highly open and accessible to all. If an individual wanted to use a blockchain explorer to see transactions that had occurred from one Bitcoin wallet to another, they could easily do so. This is why most blockchains are pseudo-anonymous, rather than truly anonymous. While this is fine for the everyday users, there are serious flaws to public blockchains for companies who wish to protect their data from the public eye.

Ethereum is one of the first and most well known public blockchains to see widespread development on its platform. A huge number of decentralized applications, or Dapps, have been developed on Ethereum, which utilize the underlying blockchain network to power their apps.

As such, these applications have open contracts on the Ethereum network. While some portions of their code may be closed, anyone can track and see ETH transactions going to any party or application deployed on the Ethereum blockchain.

There is no single company or central authority which controls Ethereum. Even their website is built by a collection of distributed developers. Instead, contributors from around the world can work on anything in the Ethereum blockchain, including core protocol amendments, and third-party applications.

While this is in keeping with the core tenets of blockchain, which was founded to provide transparent and open access for all, many enterprise users have questioned how a completely open ledger would affect their clients’ data privacy.

Permissioned blockchains are mainly targeted at enterprise and business users. Take, for instance, a financial services company that holds a vast array of personal data on their clients and key accounts. This data may indeed benefit from being stored and transacted on a blockchain, but public accessibility would be unacceptable for the data protection of clients.

Instead, such companies would require a permissioned ledger. In such systems, a set amount of trusted node operators would validate blocks or a centralized third-party would manage access to the blockchain.

While permissoned blockchains are at odds with the founding principles of blockchain technology; they are somewhat necessary for high-liability scenarios.

Hyperledger Fabric allows companies to deploy plug-and-play blockchain solutions and smart contracts. Instead of an open and permissionless blockchain, such as Ethereum, Hyperledger does not allow unknown entities to participate in the network.

Instead, enterprise users who wish to build on Hyperledger must enroll via a trusted ‘Membership Service Provider,’ who validate that parties are acting honestly and in the interests of the protocol.

Deciding Between the Two

When establishing a new cryptocurrency, a blockchain developer can choose to make the chain public, as Bitcoin has chosen to do. The developer may also select the permissioned blockchain model, retaining control over who may read, write, and otherwise interact with the chain. In some cases, developers have chosen a hybrid approach, leaving some parts of the blockchain open while restricting access to other types of transactions.

When it comes to permissioned blockchains, the developer may or may not include so-called proof of work from the nodes. This can sometimes be a political decision since some feel that private blockchains that lack “proof of work,” i.e., blockchains with no mining capabilities, are not real blockchains. Some in the cryptocurrency community refer to these no-mining private blockchains simply as shared ledgers, and they refuse to use the blockchain term to describe them.

However, for enterprise users who have client safety and security at stake, there’s little question about which blockchain to use. Permissioned ledgers offer much greater oversight into who exactly is using and transacting on the blockchain – which is essential when protecting user data and trade secrets.

While the two sides fight it out, the best thing average cryptocurrency users can do is educate themselves. The more you know about the differences between public and permissioned blockchains, the easier it will be to work within this unique world.