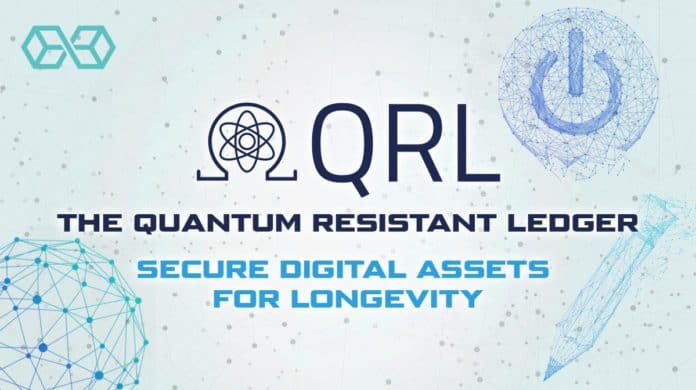 For cryptocurrencies, which rely on the security of their ledger to protect huge amounts of user funds, these complex problems which could be solved by quantum computers are what stand between blockchain data and would-be hackers; therefore, quantum computers could pose a serious security risk.

Blokt spoke with Adam Koltun, Lead Business Strategist at Quantum Resistant Ledger – QRL, to find out why quantum resistance is such an important feature in blockchain technology, and what the latest news is from the QRL community.

The Need for Quantum Resistant Ledgers

The need for quantum-resistant networks, either for blockchain networks or other types of networks, is based on the reality of quantum computing development. The “Elliptic Curve Digital Signature Algorithm (ECDSA),” is a cryptographic algorithm used by Bitcoin and other cryptocurrencies to ensure that funds can only be accessed and spent by their rightful owners or keyholders.

With the advent of quantum computing, Koltun argues, the ECDSA could be broken:

“While there is not currently a quantum computer powerful enough to crack Elliptic Curve Digital Signature Algorithm, the question is one of ‘when’ not one of ‘if’. It is only a matter of time, and when it comes to blockchain networks, which are supposed to be persistent and accurate, preemptive security upgrades always make sense.”

Instead, Koltun explains, at the heart of the QRL platform, and protecting it from quantum computing dangers, are “Winternitz One Time Signatures (WOTS+)” which use one-way functions called hashes. Hash-based signatures are simple in nature and come with a very high degree of confidence from cryptographers, who believe they will be secure against quantum computers.

These hash-based signatures are then wrapped in a Merkle tree, in a scheme known on QRL as the “eXtended Merkle Signature Scheme (XMSS),” which allows users to reuse addresses.

“XMSS has been formally specified by the Internet Engineering Task Force (IETF), and is currently intended to be approved by the National Institute of Standards and Technology (NIST) – it’s important to not roll one’s own crypto, but to instead rely on proven, vetted mathematics, and experience from industry leaders”

The QRL community has recently voiced its support, through a QRL Improvement Proposal (QIP), for the support of security tokens.

Commenting on this QIP, Koltun explains:

“The future of security tokens, like many other elements of the current cryptocurrency landscape, is somewhat uncertain. Partially, this is due to the various regulators and jurisdictions at play when we discuss securities, tokens or otherwise. However, any token, security tokens included, benefits from quantum resistance.”

With quantum resistance provided by the QRL blockchain, issuers can access rock-solid baseline security and have confidence that the chain upon which their token has been built will not be compromised.

From its launch, QRL has had a goal of creating an attractive development atmosphere and providing secondary-layer developers with as many tools at their disposal as possible.

To encourage developers, in addition to QRL’s open-source codebase, there is extensive developer documentation, and QRL generally uses widely known programming languages, so that developers do not need to learn entire languages in order to build on QRL’s codebase.

Discussing other reasons developers may want to get involved in QRL, Koltun says:

“Additionally, we believe that our quantum resistant security is attractive to secondary layer developers, as it means that their work will be protected for years to come and they will not have to pick up and go rebuild on another chain should there be a sudden advancement in quantum computing.”

What’s in Store for QRL?

QRL has mainly been focusing on adding greater functionality and utility to its blockchain, both through strategic integrations, such as its recent integration with Keybase and through continuing to build out the tools and documentation which QRL provides to its developers.

To attract development talent, the QRL team recently attended the San Francisco DeveloperWeek, a major conference and expo for engineering and technology, with a huge tech-literate crowd.

“Fielding questions from an attentive, knowledgeable audience like those at DeveloperWeek, can at times be a challenge, but it is the most pleasant and welcome of challenges. As DeveloperWeek obviously stretches far and beyond the world of blockchain, it was also really nice to hear perspectives from people from other technical niches than our own.”

Blokt would like to thank Adam Koltun and the rest of the QRL team for their time and expertise.