BloktPrivacy, Tech, Bitcoin, Blockchain & Cryptocurrency
Home News Stranger Than Fiction: How Entanglement Could Save Blockchain From the Threat of... 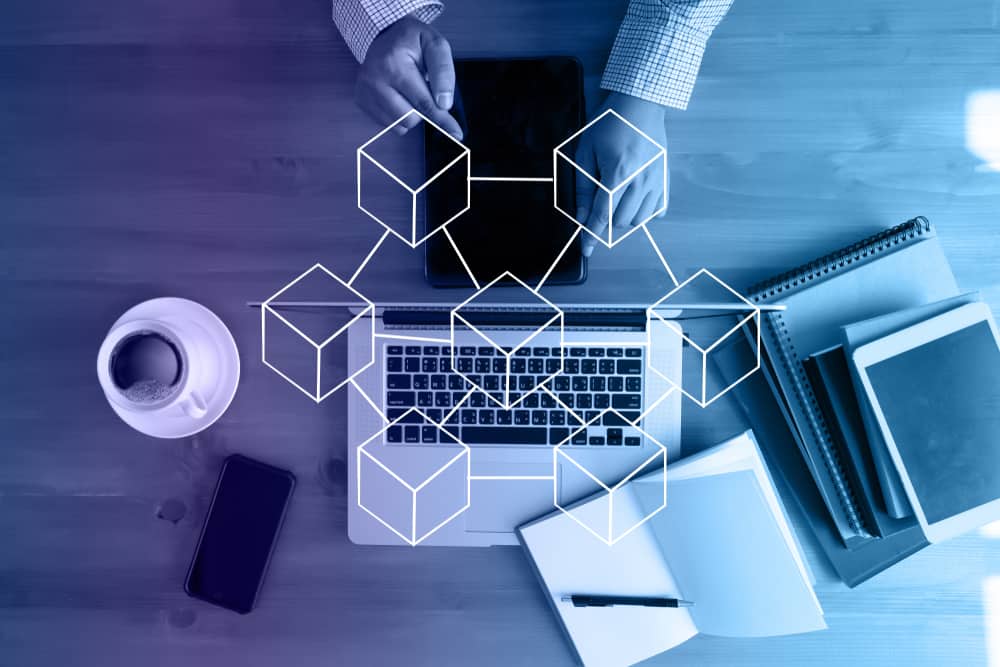 Blockchain technology is widely regarded as one of the most revolutionary technological advances that have taken place over the last ten years. The immutable and virtually unhackable nature of blockchain networks has inspired a growing number of use cases for dealing with incredibly sensitive information — blockchain networks for handling identity, medical and government data are becoming increasingly popular.

Indeed, for all of the concerns that are raised about the volatility of cryptocurrencies, the security of blockchain networks is very rarely questioned. After all, the cryptography used on cryptocurrency networks is so powerful that it could take even the most powerful computer that exists today years to decrypt any part of the network.

However, technology is evolving at an exponential rate. It won’t be long before the most powerful computers available are much, much more powerful than even the most highly advanced machines that currently exist. This is the reason that some regard the quickly approaching advent of quantum computing as a looming threat to the security of blockchain networks.

What Is Quantum Computing?

Every year, computer parts get smaller and smaller. The machines that used to fill up entire rooms with equipment now easily fit in our pockets — some computer parts are verging on reaching atomic size.

A thorough explanation of the way that quantum computing works requires a decent understanding of quantum physics, so here is a brief summary: essentially, quantum applies the properties of quantum physics to processing data. In doing this, problems that would take a normal computer days or weeks to solve can be solved by quantum computing in a matter of minutes or hours.

This is what makes quantum computing a threat to blockchain networks as they currently exist.

(Side note: There are a lot of great resources for learning more about quantum computing. If you’re curious about the subject, I highly recommend the Kurzgesagt explanation.)

Quantum computing certainly won’t be suited to every computational task — certain things are better left to more traditional computers. However, the advent of quantum computing could cause a wave of innovation across a number of industries — more durable batteries for electric cars, for instance, or chemical advances that improve fuel and medical technologies.

Additionally, scientists working on the development of quantum computers estimate that years will go by before the technology is ready for implementation on any sort of widespread scale. Still, we’re closer than we ever have been before, and a growing number of companies are investing in creating quantum computing systems for practical use.

Why Is Quantum Computing a Threat to Blockchain?

The pieces of information that show ownership of cryptocurrency are called “keys.” There are two types of keys: private and public. Both are long strings of random characters.

“In today’s traditional and legacy blockchains, the most common form of public key/private key pairing is one based on the Elliptic Curve Digital Signature Algorithm (ECDSA) … ECDSA has the security assumption that computers, even very powerful ones, cannot factor very large numbers in human amounts of time.”

“In these public key cryptography systems (also known as an asymmetric key encryption scheme), anyone can send transactions or messages to a public key, but only the holder of the paired private key can access what has been sent to the public key/address.”

“It is like a mailbox — anyone can stick letters in through the front slot, but one needs the (private) key to open up the back and take anything out of it.”

The Link Between Public and Private Keys — And Why It Matters

Even for the most powerful traditional computers that exist today, the process of decrypting a public key to discover its corresponding private key would take years. However, this is not the case for quantum computing — and cryptocurrency wallets are not the only encrypted parts of the web that are at risk.

Mark Pesce, a judge on the Australian innovation competition TV show The New Inventors and host of This Week in Startups Australia podcast, told Blokt:

“If we continue to use the same encryption techniques that we currently use, eventually ‘quantum supremacy’ — when quantum computers do finally surpass classical computers — means that all of this encryption, and nearly all of the encryption used by everyone everywhere on the web — will be vulnerable.”

In other words, the encryption that is used to secure emails, password-protected accounts, and websites that rely on encryption for privacy could be at risk of being hacked.

All of this begs the question — what can be done to prevent this sort of widespread hacking of crypto wallets?

Pesce explained that “quantum computing will mean all encryption and security standards we use will require a massive upgrade — that will affect the blockchain as much as anything else and may point to a time when we need to ‘reset’ existing blockchains with new, quantum-computing-resistant encryption.”

What would this “massive upgrade” look like? It could take a few different routes.

Another, more “fundamental” solution that has been proposed by Del Rajan and Matt Visser at the Victoria University of Wellington is to build blockchains as “quantum phenomenons” from the ground up.

Rajan and Visser’s quantum blockchain would rely on the principle of entanglement. This is one of the many places where quantum mechanics take a weird, cool, science-fictiony turn. When two particles are entangled, they essentially share the same existence — for example, when one particle spins at one location in the universe, the particles that are entangled with it will also spin, despite the fact that they may be at the opposite end of the universe.

A Quantum Blockchain Built Through Time Could Be the Answer

Basically, Rajan and Visser want to use temporally entangled particles to form a blockchain. Transaction data would be encoded on a quantum particle.

Hacking any aspect of a network like this would be virtually impossible, even for a quantum computer — because the ledger exists in time, not space, anyone attempting to tamper with it would immediately invalidate it. Additionally, tampering with past blocks would also be impossible because they would no longer exist.

Solutions Are on the Horizon but Still Miles Away

There are a number of other solutions that have been proposed to protect blockchain networks from hacking by quantum computers.

For example, Koltun explained that the Quantum Resistant Ledger uses “the previously vetted, provably secure Extended Merkle Signature Scheme (XMSS) to ensure that, from its genesis block, it is resistant to quantum computing attacks.”

The Digital Reserve and the IOTA network have also worked on developing protective measures against quantum computers. However, the blockchain world could be in for a nasty surprise if it doesn’t manage to develop appropriate protections in time.

“The majority of the current blockchain implementation will be crippled if they do not migrate all existing addresses before a viable quantum computer is brought to fruition.”

Now, at a time when “fruition” is likely several years away, there doesn’t seem to be much to be concerned about. However, the advent of quantum computing is inevitable — therefore, it is inevitable that a viable solution must be found. It’s just question of sooner or later — and hopefully not too late.