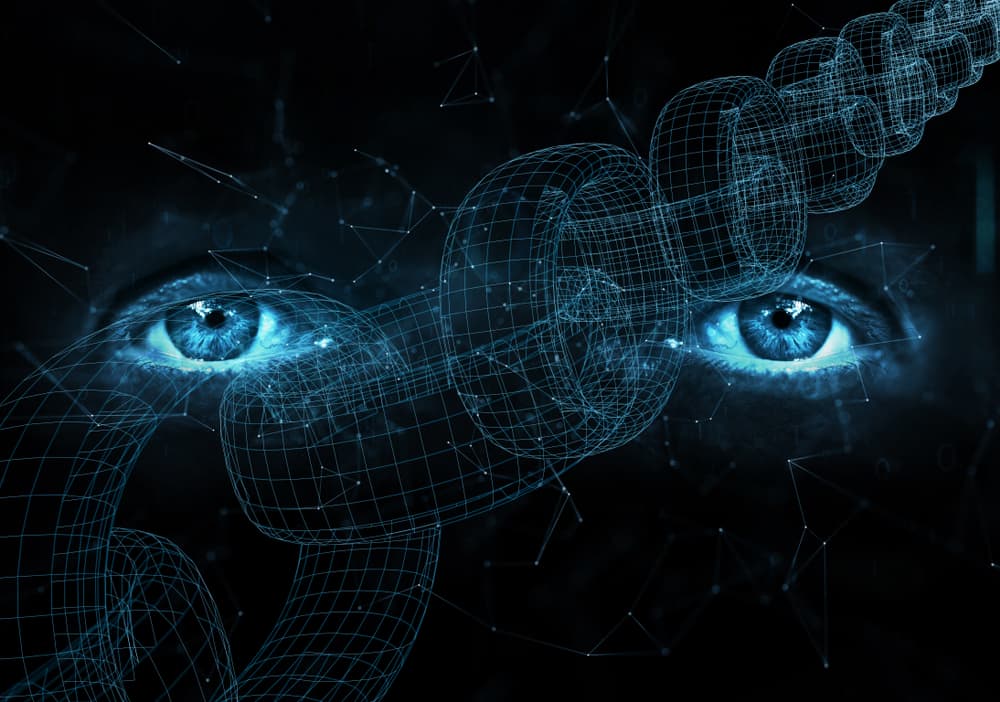 Contents hide
1 “We’re Still at the Very First Stages of How We’ll Use Blockchain and AI Together”
1.1 Related Articles:
2 AI Can Improve Blockchain’s Efficiency
3 Blockchain Can Make Systems AI More Secure
4 Blockchain Can Monetize Personal Data for AI
5 What’s Good for the Goose…

Blockchain technology has gained similar popularity, although it has not been as widely adopted as artificial intelligence has. Blockchain’s function is much simpler than the things that AI is used for — essentially, a blockchain network is nothing more than a transactional ledger. While some blockchain networks act as the basis for more complicated decentralized applications, they are simply a record of sending and receiving value.

Mat Leonard, product lead for the School of Artificial Intelligence at Udacity, said that because each of these technologies is so new in their own rights, exploration of their combination has only just begun. “We’re still at the very first stages of how we’ll use blockchain and AI together.”

Despite the nascent nature of these technologies and their combination, Leonard sees a wide variety of possible applications: “any industry where user data is used to build machine learning models will benefit from blockchain technology,” he said.

“The medical field will benefit the most, as well as finance. Privacy laws affect a wide range of industries including advertising, social media, and nearly all products that live on the internet. Even something as familiar as YouTube’s recommendation system will likely need to be modified to use private data.”

Some of the specific ways that these technologies can work together have already been identified.

Leonard explained to Blokt that for one thing, AI could be used to make blockchain more environmentally friendly. “Blockchain is a relatively inefficient technology, it takes a lot of energy to make a single transaction,” he said.

“AI can be used to make the operations more efficient, both in terms of the energy used as well as the number of computations per transaction. This will, in turn, increase the speed of transactions and lower operating costs.”

In a Medium post entitled “The Convergence of AI and Blockchain: What’s the Deal?” data scientist Francesco Corea identified several other possible benefits that AI could provide to blockchain.

For example, Corea wrote that federated learning (a process by which computers learn a shared prediction model based on data gathered over time — i.e., predictive text on smartphones) could be used to make blockchain networks more efficient and more scalable.

Blockchain’s decentralized nature could offer solutions to those with privacy concerns regarding AI. After all, it is a little unnerving to know that computers can use our personal data to benefit the marketing schemes of large corporations or intelligence units in governments.

“As more data privacy laws are passed globally, there will be more pressure for institutions to find solutions to the issues around private data … Blockchain [can be used] to secure private data for use in AI systems. This is great for individuals as their data is protected, but also beneficial for institutions as they are able to build AI products using private data.”

Therefore, blockchain-based AI systems could have much more to offer their users in terms of privacy than centralized AI systems. Not to mention that “[h]aving a clear audit trail can … improve the trustworthiness of the data as well as of the models” and “provide a clear route to trace back the machine decision process,” Corea wrote.

Corea pointed out that blockchain technology could also be used to monetize data for use in AI systems — “it will allow the emergence of new marketplaces: a data marketplace (low-hanging fruit); a models marketplace (much more interesting); and finally even an AI marketplace,” he said, mentioning Ben Goertzel’s SingularityNET.

In turn, Corea says that this will lower the barrier of entry for newer tech companies to develop data monetization mechanisms.

Leonard also sees data marketplaces in the future of blockchain and AI. He said:

“In the future, individuals might be able to sell their private data in marketplaces set up on blockchains like Ethereum … Researchers or businesses could buy data off the marketplace for use in AI products and all transactions will be recorded on the blockchain.”

What’s Good for the Goose…

Udacity’s Leonard also said that many of the same technologies currently used in cryptocurrency mining are similar to the operations that are required for machine learning computations. Some of the hardware used to power both technologies are also the same — therefore, both technologies benefit from hardware improvements.

“Both AI and mining are powered by GPUs. Innovative architectures for AI hardware should also accelerate blockchain technology.”