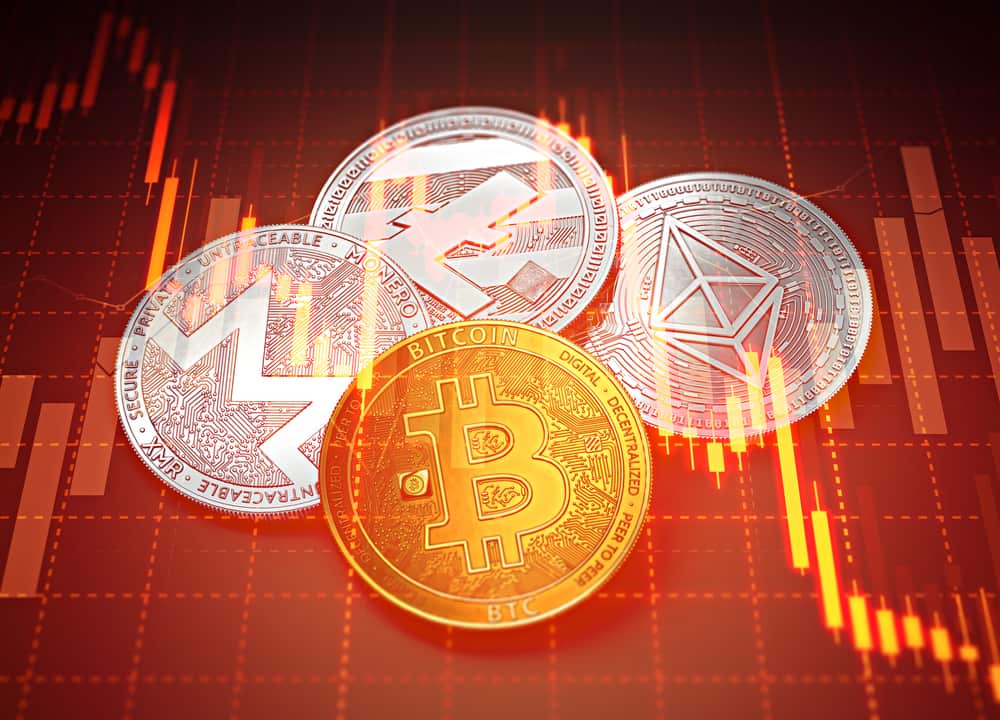 The crypto market’s recent, and much-publicized, plunge had drawn plenty of theories and speculation regarding where prices are heading to next. Investor panic ensued, but it looks like some basic fundamentals are driving momentum in this young yet extremely volatile market.

Contents hide
1 The Bears are Back in Town
1.1 Related Articles:
2 Catalysts For The Downtrend

The Bears are Back in Town

Since the beginning of 2018, the cryptocurrency market has been trapped in a downward spiral with little to no sign of a trend reversal taking place anytime soon. In fact, total market capitalization has dropped to about $200 billion – compared to over $800 billion in January 2018.

Speaking to Bloomberg about the ongoing devaluation of cryptocurrencies, Samson Mow, the chief strategy officer of Blockstream, said:

“It’s hard to pin this move on any particular factor, but it feels like the opposite of last year when money piled in as people felt FOMO. Now it’s piling out as they sense panic.”

Ether prices sank by as much as 19% on Tuesday, dropping below $300 on Monday and reaching $254, for the first time since September 2017. This translates to a 66.7% decline in Ether’s value since the beginning of the year, compared to the 57% crash of Bitcoin.

Bitcoin prices plummeted to a two-month low on Tuesday, reaffirming the bearish momentum that has gripped the market since the beginning of the year.  Bitcoin does seem to have found support around the $6,000 mark and has rallied back today to about $6,400, according to CoinMarketCap. It is worth mentioning that Bitcoin has held up well amid the general sell-off with its market dominance rising to about 54%, potentially reaffirming the widely held notion of Bitcoin being the ‘safe-haven of cryptocurrencies’.

Catalysts For The Downtrend

The entire crypto market has suffered from persistent news, rumors and FUD, with much of it focused on tightening regulations and government crackdowns.

In fact, during the last week of July, the US Securities and Exchange Commission (SEC) stood by its decision to reject Gemini founders’ (the Winklevoss twins’) proposal to list a Bitcoin exchange-traded fund (ETF) as the first cryptocurrency ETF of its kind on a regulated exchange. CNBC reported that the SEC cited issues of fraud and investor protection, among others.

Last week, the same regulator delayed its decision on a joint proposal from investment company VanEck and financial services firm Solid X to launch an ETF backed by actual bitcoins rather than futures. SEC postponed its decision on VanEck’s third attempt to push through a cryptocurrency ETF to September 30.

Additionally, Reuters reported that some analysts held that the recent Turkish lira crisis prompted a sell-off in emerging market currencies, driving money inflows into safer and more stable assets such as the US dollar.  Bitcoin exchanges in Turkey benefited with huge increases in volume, but the price of bitcoin remained stable.

Commenting on the overall bearishness reigning over the cryptocurrency market and the future evolution of digital asset prices, Clement Thibault, a senior analyst at Investing.com, said to Blokt:

“I believe we’re just witnessing the continuation of the cryptocurrency bear market. This is not the first or last cyclical asset to behave this way. Bitcoin itself has seen an 80%+ bear market in the past, so this is nothing new even by cryptocurrency standards.”

“Looking ahead, I don’t think we’re at the end of the cycle just yet, and I can see bitcoin and other cryptocurrencies continuing to fall before a meaningful return back up.”