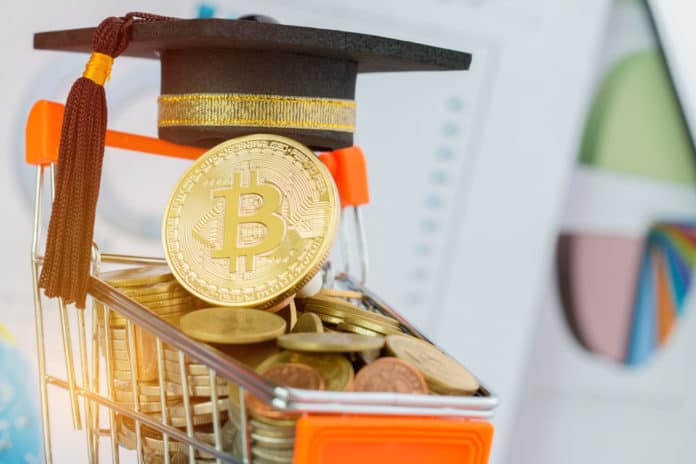 The blockchain is a major disruptor in the finance and tech industries due to its many uses. Cryptocurrencies, serving as the backbone of the Blockchain, are still in their early stages but have a considerable potential to become a part of our everyday lives.

The Royal Melbourne Institute of Technology (RMIT) knows this, and that’s why it will offer the country’s first-ever Blockchain degree this coming March. One of the university’s main reasons is to educate the country’s next generation of entrepreneurs.

Martin Bean, Vice Chancellor of RMIT, said that Blockchain plays a huge role in our current society. Bean said that almost everything has gone digital. This is why educating people on how to deal with the latest changes is essential.

The Blockchain is a virtual ledger which records and stores transactions permanently and securely. It isn’t governed by any central authority because every user has access to all transactions.

Though Blockchain is mainly known for cryptocurrencies, there are lots of ways you can use this to make the world a better place. In fact, banks and financial institutions now slowly understand the potential benefits they can get from Blockchain.

Stone and Chalk manager Alan Tsen said that there is a growing demand for Blockchain experts, as the market will soon be incorporating the technology into different areas. This makes sense as Blockchain’s autonomous nature makes transactions faster and cheaper.

Reports stated that more Blockchain programmers are needed because the industry is expected to grow significantly by 2025. Hopefully, by that time, the first Blockchain graduates can work on maintaining and further improving the technology.

Creating new blockchain-related profession is necessary to keep this new digital revolution running. Cryptocurrencies, which is the most well-known application of Blockchain, requires “miners” to generate new virtual coins and put them in circulation.

Though powerful computer hardware mostly handles the process, the overall management and control still rely on human intervention. Bitcoin mining is also becoming more difficult through time, that’s why highly-trained crypto experts are needed. Not only will they “mine,” but will also create new hardware and software to accommodate the increasing complexity and demand of digital currencies.

Blockchain can be used for cyber-security, electricity management, and electronic voting. These are just some of the use cases where Blockchain can be applied, and more are expected to pop up in the years to come. These will open up a host of new Blockchain professions.

Indeed, we’re experiencing a new digital revolution. This is going to make things more automated, democratized and secure than ever. The Blockchain still has to go through a lot of challenges, but its eventual incorporation into our everyday lives is inevitable. With this, we will need professionals who can work with Blockchain’s complex and technical nature, and the only way to do that is through formal education. Thankfully, RMIT leads the way for other schools to offer Blockchain-related degrees.