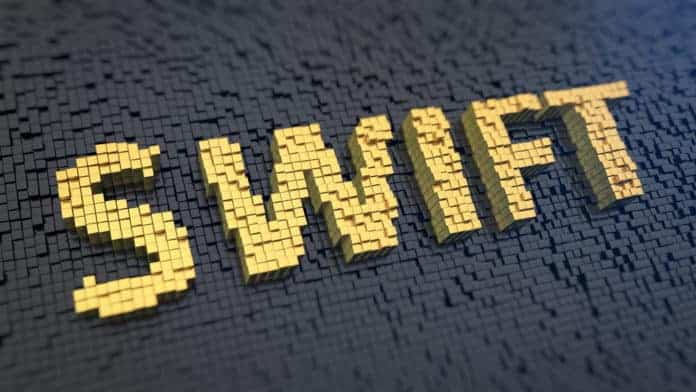 As cryptocurrencies start to gain traction with Central Banks, we should expect to start seeing more and more headlines like this one. Earlier this week, Iran also stated they were planning on using cryptocurrencies to fight the dollar and SWIFT influence.

Contents hide
1 Argentinian Bank Takes a Leap into the Future
2 Banco Masventas Wants to Partner with Bitex
2.1 Related Articles:
3 Argentina’s Decision Might Have a Direct Effect on Crypto Adoption
4 Could Banks Launch Their Own Mobile Wallets?

Argentinian Bank Takes a Leap into the Future

In a month filled with reports from all over the world supporting cryptocurrency adoption, Banco Masventas joins the world-ranks. However, it is interesting they decided to choose Bitcoin for the transfer — as some would argue there are other cryptocurrencies equally as reliable but faster and with lower transaction fees.

SWIFT has been a major thorn in cryptocurrencies worldwide adoption due to its popularity and established methods. Ripple has been trying to break through without much luck — even though it’s the banks’ favorite digital currency.

Although it might not be one of the biggest names in the banking industry, Banco Masventas is now enjoying the spotlight thanks to its bold and innovative decision.

A shareholder of the bank, José Humberto Dakak, has confirmed Banco Masventas’s intention on striking a strategic partnership with Bitex, the Latin America exchange.

The move seems motivated to provide a better, more efficient service to their clients — a sentiment echoed by Goldman Sachs and its soon-to-be CEO, David Solomon. Time will tell if the bank will decide to completely switch its cross-border transfer model to cryptocurrencies, or even further study the applications of the blockchain.

Argentina’s Decision Might Have a Direct Effect on Crypto Adoption

Now that a bank has taken the step to utilize a digital currency to carry out an official transaction, we can expect to see the ripples — pun intended! — of this decision.

Ripple could potentially be seriously considered for such transactions, as that’s how it has tried to position itself to worldwide banks. nChain’s recent acquisition of Bitcoin Cash also presents an interesting development in cryptocurrency adoption.

Over the past few months, Ripple has been the subject of very heated discussions — some more negative than others, — so we might see a shift to Bitcoin Cash — the true Bitcoin, as some supporters call it.

nChain has been a vocal supporter of Bitcoin Cash, and with Handcash within their ranks, this could be the break Bitcoin’s cousin has been waiting for. With nChain’s powerful resources and Handcash’s ease of use combined with Near-Field Communication (NFC), the scales have potentially tipped over.

Could Banks Launch Their Own Mobile Wallets?

We might be walking towards a future where, instead of focusing on blockchain application or cryptocurrency adoption, banks will be focusing on launching their own mobile wallets thus pushing for their digital currency of choice.

If Banco Masventas manages to establish its strategic partnership with the exchange Bitex, they could easily enter an agreement to release a mobile wallet.

Wouldn’t you rather have a bank account which addresses your crypto needs? Imagine a world where your bank allows you to download a mobile wallet into your smartphone which is not only connected to your account’s balance but also allows you to buy and sell between their fiat and cryptocurrencies with ease.