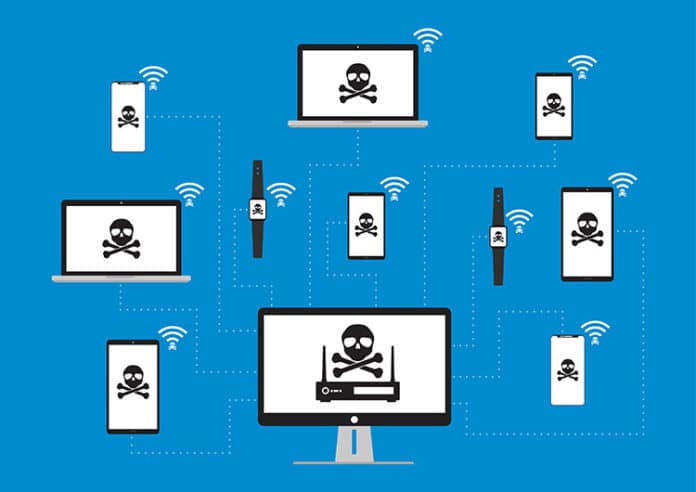 Until just a few days ago, many security experts felt the WPA2 encryption standard was uncrackable. This popular standard, used on everything but home Wi-Fi routers to the sophisticated security equipment used by multinational corporations, was considered the gold standard in the industry, but that invincibility has recently been shattered.

The discovery of a flaw in the WPA2 encryption threw the entire security world into turmoil and left many IT experts scrambling to patch their routers and wi-fi enabled devices. The crack in WPA2 encryption also put millions of ordinary computer users at risk, negating the security of their home Wi-Fi routers and leaving them vulnerable to a series of frightening attacks.

While the breach in WPA2 security should be a concern for everyone, it is particularly troubling for users of cryptocurrency. Whether you use Bitcoin, Ethereum, and other cryptocurrencies as a form of payment, a long-term investment or a short-term trading vehicle, you need to take note of this latest security issue – and take immediate steps to lock down your network.

The integrity of the home network is always a major concern for holders of cryptocurrency, especially those whose holdings are on popular exchanges. A hole in the security of their Wi-Fi networks could leave passwords, usernames, public keys and other vital data exposed to view, allowing hackers to enter the exchange and make off with the virtual cash.

What You Can Do to Protect Yourself

There are some things holders of cryptocurrency can do to improve their security and safeguard their holdings. The first and most obvious is to download and apply a patch that plugs the recently unveiled hole in WPA2 security. Some router manufacturers have already rolled out security patches, and most others have such patches in the works.

To apply the patch, you will need to know the make and model of your router, information that can be gathered by looking at the label. Once the security patch has been installed, it is a good idea to change your Wi-Fi password as well. This will help safeguard your network from intruders who may have already discovered your compromised router.

Investors in cryptocurrency may also want to consider moving their coins from the exchanges to an offline storage method. Leaving these coins on the exchanges has always been a risk, but the danger is even more significant in light of the recent WPA2 security breach.

Keeping your coins in a hardware wallet, a USB device that can be connected and disconnected from your computer in seconds, is a good way to ramp up your security in light of the most recent security breach. Not only will offline storage protect you from Wi-Fi security breaches, but it will also protect you from hackers and other bad guys on the exchanges themselves.

You can also protect yourself with a paper wallet, keeping your cryptocurrency keys in written form. For some, this is the ultimate in offline storage, but you will need to keep that paper wallet in a safe place. Losing the paper wallet (or hardware wallet for that matter) is the equivalent of losing a wallet filled with cash, so robust real-world security is definitely in order.

The discovery of a flaw in the previously impenetrable WPA2 encryption protocol should serve as a wakeup call for computer users in general and holders of cryptocurrency in particular. If you have not already done so, now is the perfect time to get serious about security.