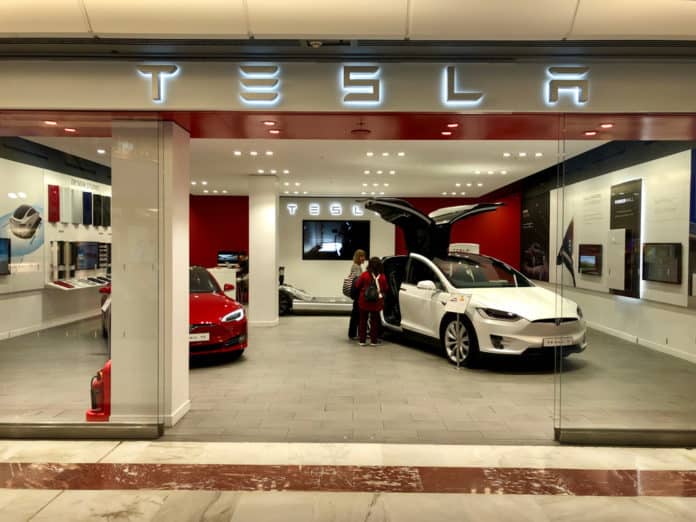 With Elon Musk’s announcement of a flattening of Tesla’s management structure yesterday, some in the blockchain community were asking Musk directly on Twitter if and when Tesla might use blockchain technologies to achieve greater production efficiencies.

Blockchain use cases in manufacturing could help Tesla, for example with production scheduling, managing supply chains and third-party contracting, the latter of which he admitted had, “really gotten out of control… we’ve got barnacles on barnacles”.

Musk has rarely spoken of blockchain and cryptocurrencies, and most of these mentions are jokes about blockchain powered flamethrowers and making ‘cryptocandy.’

Back in 2016, Musk published the second Master Plan for the Tesla project and it interestingly detailed automated car-sharing as one of the goals of future mass expansion.

“You will be able to add your car to the Tesla shared fleet… and have it generate income for you while you’re at work or on vacation,” Musk wrote.

The plan says this “lowers the true cost of ownership to the point where almost anyone could own a Tesla.” The car could be making money for its owner as part of a shared fleet for many more hours a day than what the owner actually uses it for, which is on average according to the master plan is 5-10% of the day.

Last month Teslaloop’s CEO Rahul Sonnad announced that Tesla’s Ridershare platform would share some of its car data with the EOS blockchain.

The data would only be captured by Tesla’s shared rider cars, to manage their availability and to track their use for insurance purposes. It is though, a future real-life use of blockchain for Tesla, albeit for a Tesla company on the periphery.

This is a more obvious use case for self-driving cars using blockchain technology once they roll off the production floor.

In reality, self-driving cars once in use would make use of a whole ecosystem of tools over the lifetime of the vehicle, from its safety features to parking and charging itself at stations.

IOTA announced last month that in the Netherlands an electric vehicle charging station would allow seamless machine to machine mileage readings and micropayments on its blockchain with no credit or debit card needed.

All these services would be pay-as-you-go and the price would vary depending on the route and requirements of passengers, making fast cryptocurrency payment systems on blockchains a very attractive option.

Equally essentially, blockchain’s power to allow part-time ownership of vehicles in a sharing fleet and operate these without a hitch could only happen with smart contracts.

Using blockchain to manage shared fleets of self-driving cars is an obvious use, but that is after the cars have left the factory. Tesla’s primary focus right now is solving problems with the production of its highly anticipated Model 3.  Getting cars out the factory door quicker and into the hands of eager buyers is where blockchain could be Tesla’s most powerful tool.