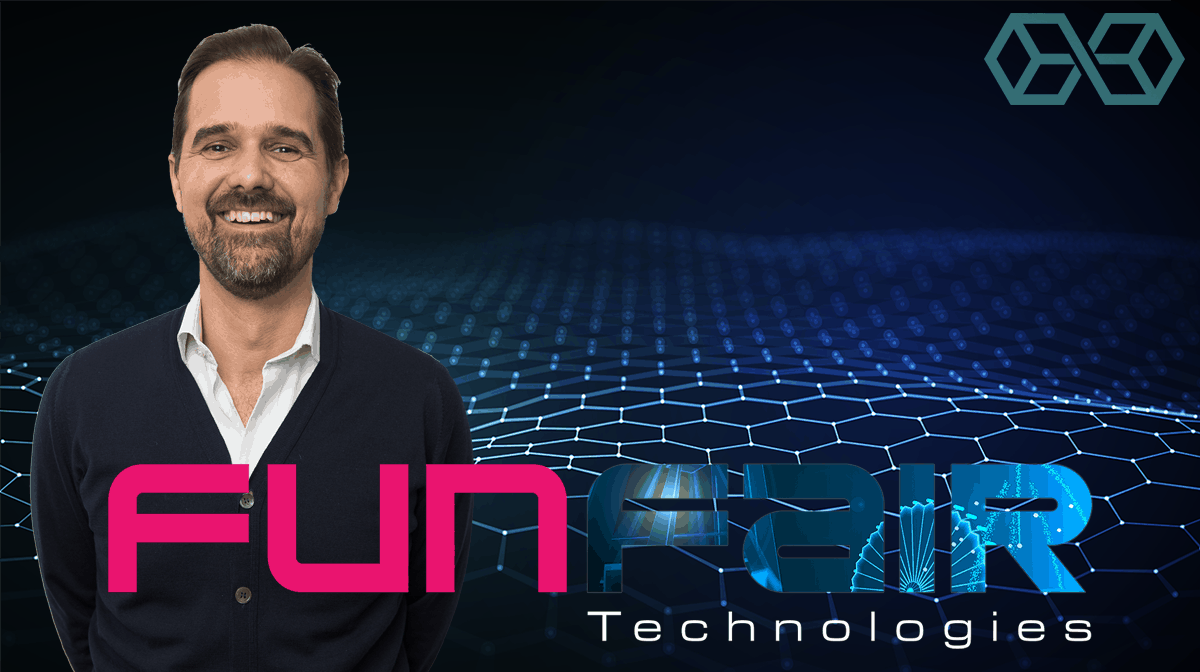 In the world of gambling, “house edge” revolves around one simple principle. Over time, the casino, or “house,” will gain a mathematical advantage over their players or a greater chance to win more often than their patrons, hence the saying – “The House Always Wins.”

Contents hide
1 Related Articles:
2 Founding FunFair Technologies
3 What Is Provably Fair Gaming, and Why Is It Needed?
4 Leaving It to Fate?
4.1 How Do Fate Channels Work?
4.2 Fate Channels for Fairness
4.3 Custody of Funds
4.4 The FUN Token
5 FunFair’s Advantages
6 Major Milestones and Achievements
7 Plans for the Future

Obviously, this is no great revelation, and casino players and those who enjoy gambling know that this is par for the course in any and all major casinos.

However, what is not known with any great degree of confidence, even if the casino reports it, is the house edge that an online casino operator truly has over its players.

Although the majority of casino operators act honestly, there are those who game the system; rigging the odds in their favor by tampering with the randomness of game outcomes.

But there’s one UK based company whose proprietary technology promises to bring an end to the era of unfair online gambling, and they’re on a crusade to bring fun, fair and transparent gaming to casinos and players worldwide – the aptly named FunFair.

Blokt caught up with Stefan Kovach, CCO of FunFair, to talk about their latest developments, the outlook for the future, and how they identified a need for provably fair gaming.

Co-founded in 2017 by Jez San, the gaming industry veteran behind 3D poker site PKR.com, experienced developer Oli Hopton, and long-time technology manager Jeremy Longley, FunFair is a live blockchain casino platform which solves many of the randomness issues which are currently rife in the gambling industry.

San was awarded an OBE for his services to the British tech industry, and has a long history of innovating in the technology sector, helping to develop the very first 3D graphics chip which made the development of the classic Nintendo game Star Fox possible; after which he moved into gaming, and eventually into the world of decentralized technology.

“Our three innovative co-founders launched FunFair with the culmination of its successful ICO in 2017, after which our team grew quickly as the project moved from a technical proof of concept, to a viable, commercially-minded operation. We now have a team of around 40, with varied and deep backgrounds from within the gambling, decentralised tech and video gaming industries.”

FunFair was founded around two principles, fun and fairness, and the FunFair team are using blockchain to bring players provably fair and premium gaming experience.

What Is Provably Fair Gaming, and Why Is It Needed?

As we briefly discussed in our introduction, certain aspects of online gambling take place behind closed doors.

Operators who don’t play by the rules could be intentionally changing the odds in their favor, and realistically, for the average Joe gamer, this would be incredibly hard to prove.

“Players get a raw deal with certain casinos. The nature of igaming revolves around private remote game servers, a black box in the control of the house that players must trust to return random numbers. Although most do not, there is a public perception that many operators fiddle with randomness and often exit scam with players’ funds, while it’s clear that too many hold on to players funds for far too long.”

Likewise, players must trust that online casinos are enacting the correct custody of their funds.

For example, an online poker player who wishes to stake $10,000 during a game must trust that the casino will adequately protect their large lump sum deposit.

More importantly, the player has to be confident in the knowledge that if they win, the online casino will pay out their winnings in full and on time.

Although larger gaming operators are less likely to engage in nefarious activities due to their frequent auditing and reporting requirements; less well-regulated gaming sites may take the opportunity to defraud players, knowing they’re unlikely to be exposed.

However, this isn’t just an issue for casino players. For honest small gaming operators out there, it’s difficult to attract and keep new players, who feel they may have a fairer experience with a larger operator.

Blockchain, due to its immutable and open source nature, offers transparent and auditable code, as well as funding custody services which are always in the players’ control. This gives players “provably fair” gaming solutions.

Typically, blockchain solutions have encountered problems with scalability – in short, the ability to process many hundreds or thousands of transactions in a short space of time, an integral feature for online casino operators.

As it happens, FunFair has a solution for that too.

Leaving It to Fate?

But FunFair hasn’t left anything to fate, here’s how fate channels and their native FUN token work, and what they solve.

How Do Fate Channels Work?

Asked why fate channels are so instrumental to FunFair’s solution, Kovach tells us:

“Our Fate Channels allow us to overcome scaling issues by taking the real-time gaming component of games off-chain, while ensuring fairness with transparent code and with players not relenting control of their funds to the house during a game session.”

“Half the random numbers are generated by the player and half by the house. You might cheat on your side, but you can’t fix the other, so there is no incentive to.”

Eliminating either party trying to fiddle the odds in their favor.

When it comes to custody of funds, fate channels have got that covered too. Kovach explains:

“Our casinos never have custody of players funds during sessions. Unlike traditional e-casinos, players commit some ‘FUN’, our native gameplay token, and the house covers this to an amount that the player could win – with funds held in escrow on the blockchain. Upon closing the Fate Channel, correct payments are settled by interrogable smart contracts to both player and house, immediately.”

The FUN token is a native Ethereum ERC-20 token which underpins the FunFair ecosystem.

With so many established and traditional casino operators already incumbent in the space, what advantages does FunFair offer which will give it a competitive edge in disrupting the online gaming space?

“As a decentralized platform, many resources needed for traditional casinos aren’t required, therefore FunFair’s costs are far lower. We are able to pass these savings on to our partners. We don’t need payment providers, security is built in, server costs are negligible in comparison and chargebacks are non-existent.”

In addition to the clear financial benefits realized through FunFair’s platform, Stefen also pointed out that the huge blockchain and crypto audience is waiting in the wings to use a blockchain based gaming solution.

It’s an understatement to say FunFair has been busy since concluding its ICO. Here’s a breakdown of its major milestones and achievements:

Plans for the Future

We asked Kovach what he thought the biggest challenge was for the future at FunFair, and he had this to share with us:

“Adoption is our sole focus at present. We’ve proven our Fate Channel tech through our live casino launch in CasinoFair. We are now committing the majority of our resources to make the platform as usable as possible.”

When asked which specific areas of focus FunFair would be targeted for research and improvement, a few stood out among the rest. Kovach added:

“There are various areas to focus on, including KYC procedures, wallets and funding, and how best to explain ours and the blockchain’s value propositions to a traditional casino player.”

During the CasinoFair proof of concept launch, the FunFair team have gained valuable insight into player behavior, promotion and campaign offerings which could be implemented with new clients, in addition to identifying and improving the UI/UX of their platform; so users have a seamless experience out of the box.

To accelerate their launch and the success of new operators using their platform, the FunFair team are gearing up for a dedicated affiliate program, opening the doors to vast new market opportunities.

To conclude, we think this statement from FunFair CCO Kovach best summarizes what is just over the horizon for FunFair:

“We believe that if we can provide the ultimate, functional casino experience that can match any existing igaming site out there, but with added provable fairness, then surely, it’s a no-brainer… For the players, they’re simply getting the best gaming experience on the blockchain.”

We wish the FunFair team the best of luck in changing the future of online gaming.