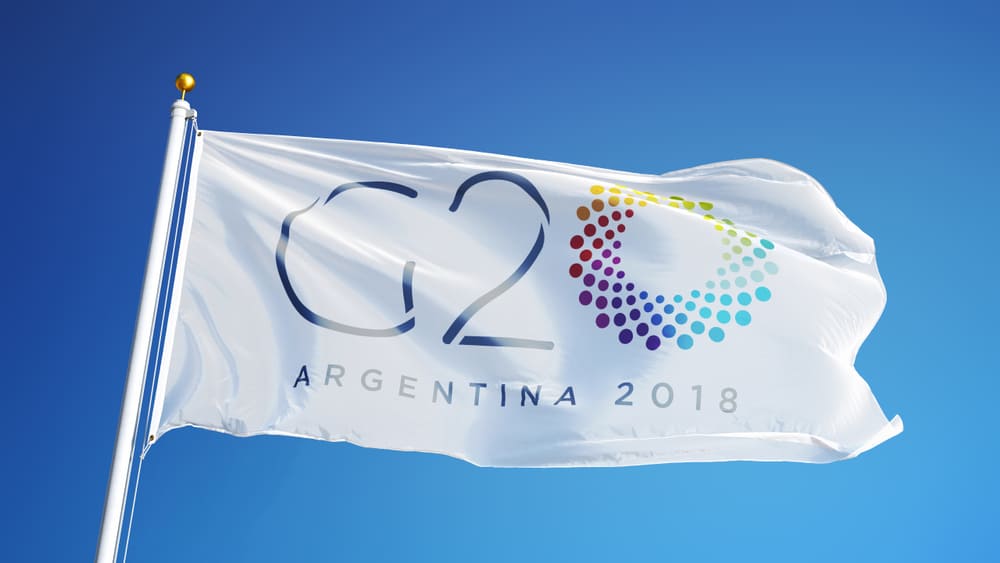 Last week, the G20 government’s financial and economic leaders met during a buildup meeting to the 2018 G20 Buenos Aires summit. In fact, Buenos Aires summit will be the 13th meeting of the Group of twenty and will take place on November 30. The resulting communique following the meeting, acknowledged robust global economic growth while underlining decade low unemployment rates. However, the document hinted that short and medium term risks were still looming over the global economy, and may materialize to disrupt current steady growth rates.

Those downside risks comprise of the recent geopolitical tensions, initiated by what is now known as “Trump tariffs” and the retaliatory measures taken by the affected countries like China, EU, Mexico, and Canada. In fact, some expert and international financial institutions like the World Bank described those tensions as trade war level ones, that may even cause a 2008-level economic recession.

Cryptocurrencies Do Not Pose a Financial Stability Risk

The document praises the “innovative technology” behind Crypto assets, as holding “significant benefits” that may affect the global financial system in many positive ways. However, it explicitly warned of the broad set of nascent risks associated with cryptocurrencies, such as “consumer and investor protection, market integrity, tax evasion, money laundering and terrorist financing.”

“Crypto-assets clack the key attributes of sovereign currencies. While crypto-assets do not at this point pose a global financial stability risk, we remain vigilant.”

On the other hand, the document welcomed the ongoing updates provided by the Financial Stability Board (FSB) and the Standard Setting Bodies (SSBs), while also prompting them to further work on monitoring the “potential risks of crypto-assets” and assessing “multi-lateral responses.”

FATF Asked to Clarify AML Procedures for Cryptocurrencies by October

The document went on to recall the resolutions adopted during the previous meeting held last March, which urged the Financial Action Task Force (FATF) to set AML standards on crypto-asset operations and advance their global implementation.

“We reiterate our March commitments related to the implementation of the FATF standards and we ask the FATF to clarify in October 2018 how its standards apply to crypto-assets.”

FATF, also known by its French name, Groupe d’action financière (GAFI), is a Paris based intergovernmental organization, founded in 1989, focused on tackling money laundering. It later saw its mandate expanded to include a particular emphasis on terrorism financing.