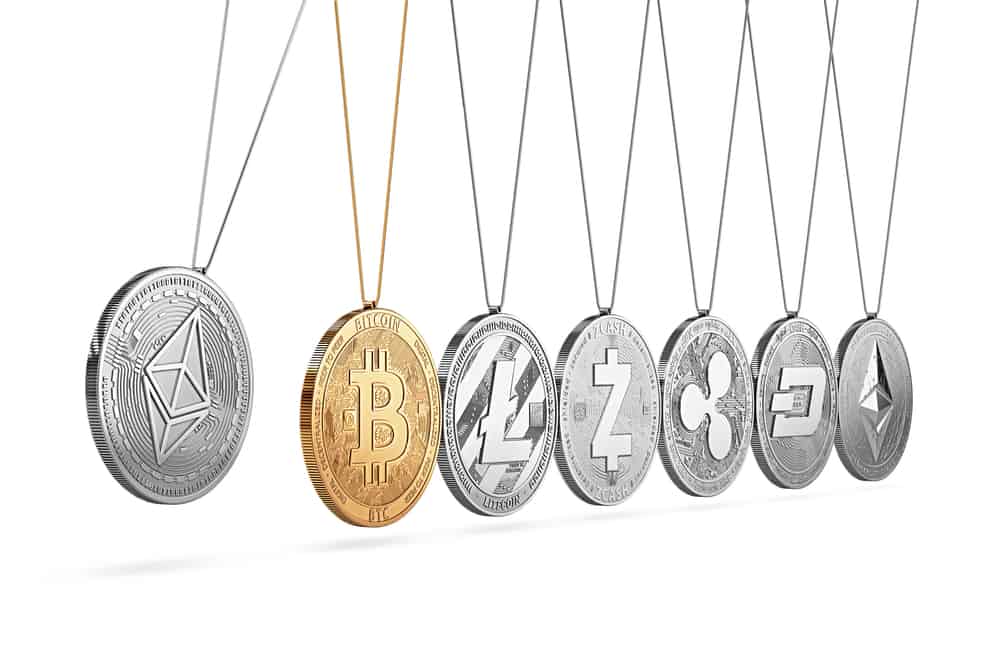 Thanks at least in part to Bitcoin’s incredibly bullish trend over the past 12+ months, cryptocurrencies are experiencing daily discussion within the public. With companies as large as Goldman Sachs and MasterCard opening blockchain divisions, it’s no secret that distributed ledger technology has massive application potential.

Contents hide
1 How Did We Trade Gold, Silver & Bronze?
1.1 Related Articles:
2 Where to From Here?

Though before these many applications can be deployed to a fully-adopted consumer base, the blockchain community must solve a singularly vital issue; the segmentation of different chains and their corresponding economic ecosystems. With so many blockchains and no easy way for them to interoperate with one another, we built Laser to enable that interoperability and federate the many blockchains that operate today.

How Did We Trade Gold, Silver & Bronze?

Consider the following analogy to help to understand the issue. Imagine two villages. One uses silver tokens within their village. The other uses gold coins. Unfortunately for them, they have both just been conquered by a warrior king.

The kingdom to which these two villages now belong trades exclusively in bronze. Everything produced within the territory can only be purchased with bronze. So, how exactly are citizens of the silver-and-gold communities supposed to trade with the new kingdom and between themselves now?

The dilemma of the current blockchain environment is remarkably similar to the circumstances presented here. Community members of each of the now-numerous blockchains can value their assets relative to itself and outside demand. But without some unifying agent, cross-chain interaction is cumbersome at best, preventing most cryptocurrencies from having a stable valuation.

Where to From Here?

There are two solutions to the issue of blockchain segmentation. One is similar to the tactics of the conquering king: building another “meta-chain” to which all become members. In this case, it would be similar to valuing silver and gold relative to bronze, and the villages adopting bronze as a standardized currency when transacting with different communities. Blockchains would transact amongst themselves in the “meta-coin,” with values reflective of market demand. It’s clear though that this would take a whole lot of work, and a whole lot of cooperation between blockchains, which will not be easy to achieve.

The other option, though, is far less demanding. Rather than building another layer, there exists the possibility of a top service layer, which connects different blockchains by protocol rather than coin.

In the case of the economically-isolated villagers, such a top layer would allow for direct exchange between silver, gold, bronze, and any other unit of value. For blockchains, this means a top-level link between one another without compromising core functionality or efficiency.

In order to transact across chains, it’s necessary to introduce two significant functions; inter-chain addresses and protocols. In the first of these, unique addresses are assigned in order to uniformly identify participants of different chains, even when they’re operating on the same base framework. Then, using connector nodes (elements of the service node layer), the two blockchains can easily interact using a defined ICP (inter-chain protocol), which acts as a set of relational rules between the connected ledgers.

Until blockchains begin to connect to one another with such an easily-implementable framework, it is unlikely that blockchains will reach their full potential for mass adoption. Beyond the obvious segmentation issue that discourages efficient user interaction between functions, the current layout is destructive to the goals of market-disrupting adoption. With teams building blockchains for everything from shipping to banking to sustainability, the future ability for these chains to interact with one another is fundamental for large-scale adoption of the technology.