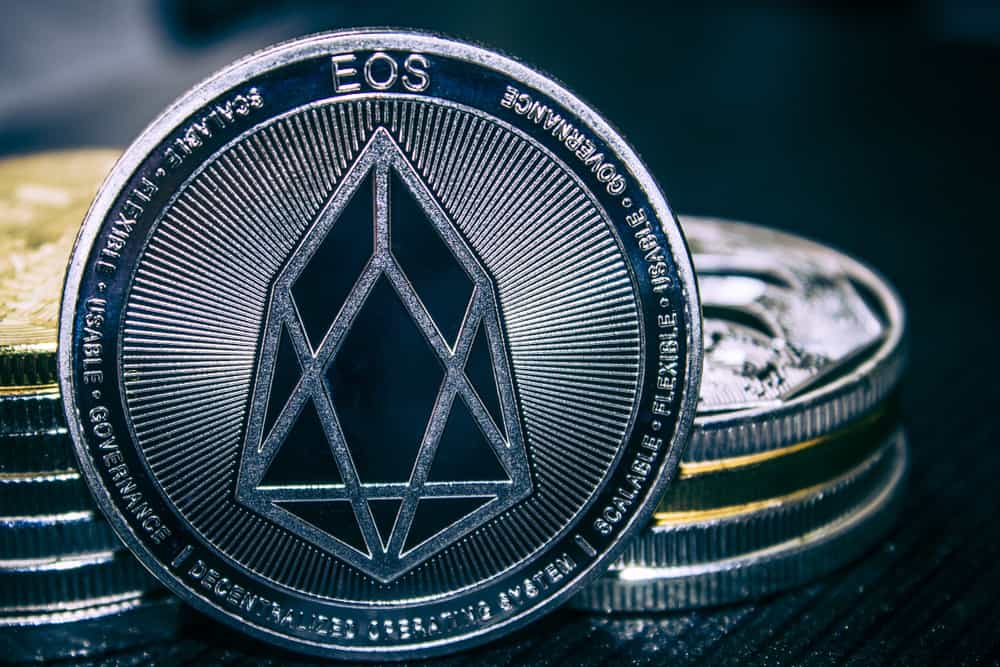 A Blockchain performance testing company completed a 3 months long independent benchmark testing on the EOS Blockchain. The test results published by the company on November 1st drew the inference that EOS doesn’t meet the technical requirements to be classified as a Blockchain and that it has substantially lower transaction throughput capabilities than what EOS claimed.

EOS is one of the most controversial projects to emerge from within the confines of the Blockchain sphere. This is primarily due to its yearlong, record-breaking ICO that helped raise $4 billion in 2017, described by some as greedy at best, and deceitful at worst.

In fact, the project had no minimum viable product by the time of its launch and relied heavily on open source development and bounty campaigns paid to third parties to help fix thousands of bugs and flaws in its source code. Furthermore, EOS mainnet launch was terrible, to say the least, and has been marked by weeks of delays, reported frozen accounts and reversed transactions.

How Did Whiteblock Conduct the Testing?

The company behind the testing named Whiteblock INC allegedly created an exact replica of the EOS Network with the purpose of testing its ability to withstand stress conditions and potential faults to be encountered during normal operations. The metrics that were evaluated in the 25 pages long report were, the transactional throughput, the resilience to adverse network conditions, the effects of variable transaction rates and sizes, the average time to finality for a transaction, fault tolerance and partition tolerance.

In fact, the report presents the results of the 3-months of research efforts deployed by the company to analyze EOS’s architecture, and benchmark its functional performance under different environmental conditions. A press release accompanying the report publication explains:

“Through practical testing and experiments in a controlled laboratory setting, this research provides a thorough and objective model of its [EOS Network, Ed Note] design, performance, and economics in order to present a reference for the Blockchain community”

The document presents an evaluation of the EOS system architecture, its various layers and how do its fundamental components interact in a distributed database structure.

Based on a detailed assessment of the entire system, the study concludes that albeit being originally architected as a Blockchain, the resulting EOS platform is rather built as a distrusted database system. The report argues that the latter fails to achieve the necessary composition of a Blockchain since cryptographic validation is implemented in proximity instead of being necessarily instantiated.

As the report goes to explain, EOS lacks any kind of algorithmic enforcement around the way consensus is reached among block producers. The report reads:

“Block producers subjectively come to consensus on the transactions that are received from other block producers without necessarily relying on any particular cryptographic proof in order to validate state.”

The study claims that the way EOS is implementing “parallel processing” results in block producers not having direct visibility on transactions until their implementation within a block. This means that they can only act retroactively once finality is reached regarding fault transactions, which jeopardizes consensus verification.

The performance of the EOS Blockchain was reportedly tested on the replica, with the intent to evaluate the trade-offs EOS system makes in relation to three fundamental metrics (performance, decentralization, and proximity).

It is of consensus among developers and Blockchain experts that Blockchain protocols exhibit much lower transactional throughputs as compared to client-server architectures.

As explained by the study, this observation is due to their distributed and asynchronous nature, which requires “computationally exhaustive consensus algorithms and security mechanisms” that should be implemented in order to circumvent the need for trust when transmitting data.

The report claims that the transaction throughput in the EOS system, does not exceed 250 transactions per second (tps), even under an optimum setting of 0 ms latency and 0% packet loss. Tests under real-world conditions (50 ms latency, 0.01% packet loss) saw the performance drop to below 50 tps. This range is, in fact, comparable to the performance exhibited by Ethereum (around 20 tps) and Bitcoin (around 11tps).

It is worth noting that the EOS technical whitepaper claimed that EOS could possibly scale one day to process millions of transactions per second.

Another stunning claim held by the report is that having limited cryptographic proofs, and lacking algorithmic enforcement results in the delegated proof of stake (DPoS) derived algorithms implemented by EOS not having any form of Byzantine fault tolerance.

“Consensus in EOS does not exhibit Byzantine Fault Tolerance. The use of 21 block producers in the system is arbitrary as the producers are processing transactions in a round robin manner, with no algorithmic logic when block producers behave nefariously.”

“Various forms of consensus failure were shown in the network testing. Consensus is entirely dependent upon the voting mechanism which is based on social consensus, not algorithmic BFT consensus”.

A subsequent analysis of the EOS token ecosystem found the Network to be a marketplace for computation. The press release states that:

“EOS token and RAM market is essentially a cloud service where the network provides promises for computational resources in a blackbox for users to access via credits. There is no mechanism for accountability due to the lack of transparency on what Block producers are able to create in terms of computational power.”

The report invited EOS to redesign a major portion of its infrastructure in order to properly act as a foundational base layer protocol. On the other hand, the press release claimed also to have proven inaccuracies in performance claims, and concluded that EOS has been built on a flawed and centralized model.