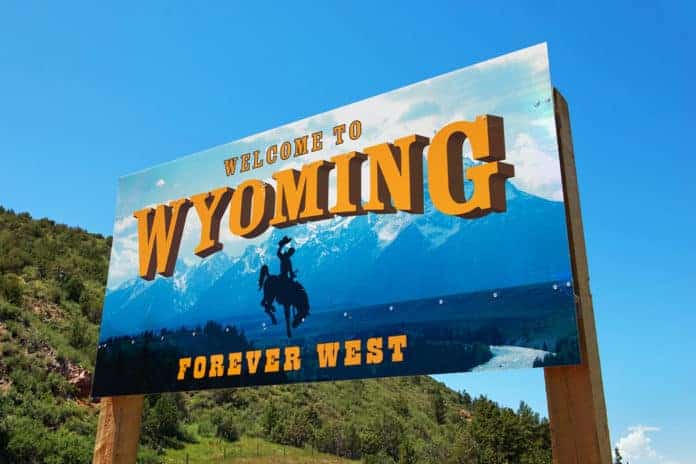 The cowboy state’s Republican Governor Matt Mead signed a number of laws that are set to attract the booming crypto industry to the state.

The state also has tried to explain what cryptocurrency is, terming it as a type of digital currency that can be redeemed for goods and services. It’s laws also exempts cryptocurrencies from state property taxes as they have been classified as “utility tokens.”

According to the State Representative, Tyler Lindholm, the cryptocurrency friendly laws are beginning to bear fruits as scores of startups bearing “crypto” and “blockchain“ in their names are flocking to the state to set up shop.

“Cryptocurrency” is a fairly new buzzword in the financial industry. And many states are grappling with how to deal with the rise of it. Though Wyoming has received support from a number of states including North Dakota and New Hampshire, no one is really sure what cryptocurrency could actually bring forth in the future.

Whether the state has enough resources to handle the unexpected remains to be seen as the ecosystem is changing rapidly. But there is hope that something positive could be caught by the tail here.

Most residents are hopeful of significant gains in the future. “This is one of the most exciting things that I have seen in a decade as far as the possibilities. The more traction and the more ground we can gain toward Delaware, the better for the state of Wyoming.” noted the Executive Director of the Wyoming Blockchain Coalition, David Pope.

On the other hand, there could be a massive influx of mining companies that could end up using up too much of the state’s energy. Mining digital currencies has been accused of drawing a lot of power from the grid as computers use a lot of energy to do quintillions of calculations trying to solve mathematical problems that give rise to new digital coins.

Possible Dispute with the Federal Government

Though the Security Exchange Commision has declined to comment on the issue, it is clearly evident that the new legislation clashes with that of the federal government and has raised eyebrows in Washington.

Tasked with, among others, regulating the cryptocurrency industry, the SEC sees digital currencies as properties and hence should be subject to property tax.

But Lindholm was quick to point that the state had already invited SEC officials to demonstrate how cryptocurrencies can transform businesses in the state.

“My legislation does tend to not align with federal bureaucracies very well, and it wouldn’t be the first time I got a letter from an agency at the federal level. If it comes down to a federal fight, I think it’s great for Wyoming to have partners.” He noted.