If you have an interest in the cryptocurrency market, you may have heard the term ‘ICO.’ You may have even considered investing in an ICO, but just what is it, and how can you get started?

Contents hide
1 How to Spot a Scam
1.1 Related Articles:
1.2 The Team
1.3 The Whitepaper
1.4 Open Contracts and an Active GitHub
1.5 Promising the World?
1.6 Communication
2 Summary
3 References 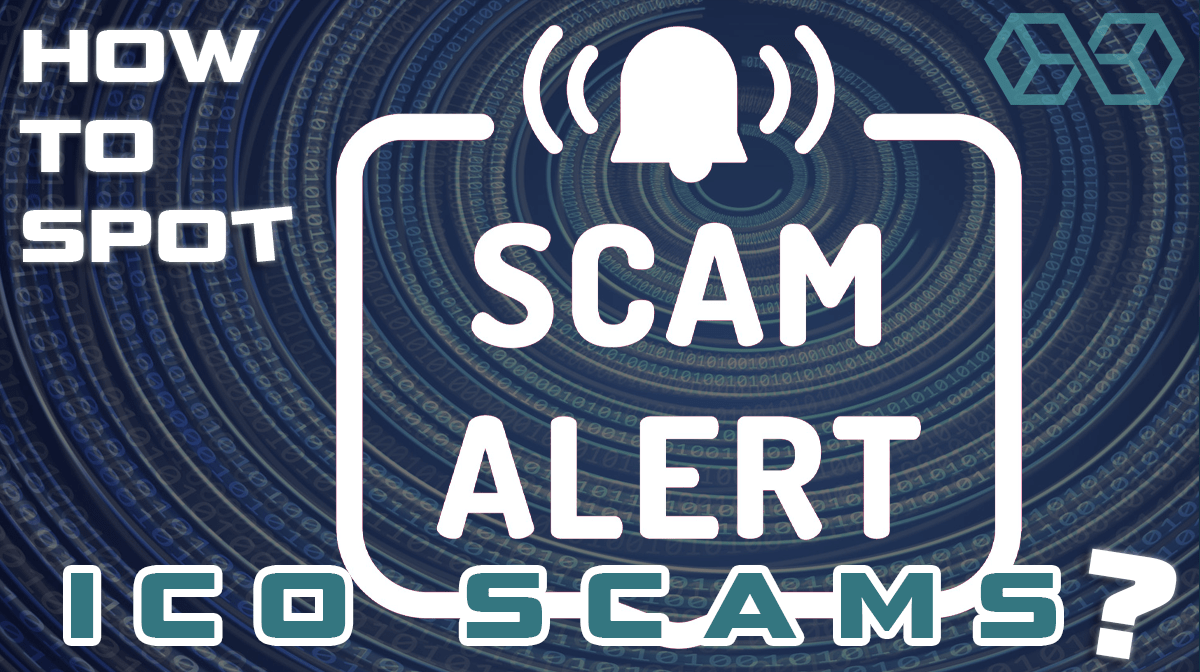 ICO is short for initial coin offerings, and it is a funding mechanism used to fund new projects. In an ICO, the new project agrees to sell its underlying crypto tokens. The ICO is similar to the IPO (initial public offering) companies use to sell their stock and get listed on major stock exchanges.

How to Spot a Scam

There are plenty of legitimate ICO’s out there, and plenty of happy ICO investors. Some of the most successful ICO’s include protocol level tokens such as Ethereum or EOS, which have yielded investors incredibly high returns since their funding rounds concluded.

Unfortunately, there are also a lot of scams around, and falling victim to a scam artist could rob you of your hard-earned money.

The cryptocurrency market is mostly unregulated, so you need to do your homework and use your common sense when evaluating a new ICO. Let’s explore some early warning signs which may show you an ICO is not what its promised before it’s too late.

Let’s start with a big indicator which can be a solid foundation for an ICO or a huge red flag. Almost all ICO offerings will have a public team section. If they don’t, this makes this section fairly easy – it’s probably a red flag. A team who won’t put their own name to their project indicates that the project either isn’t serious, or they’re downright fraudulent. 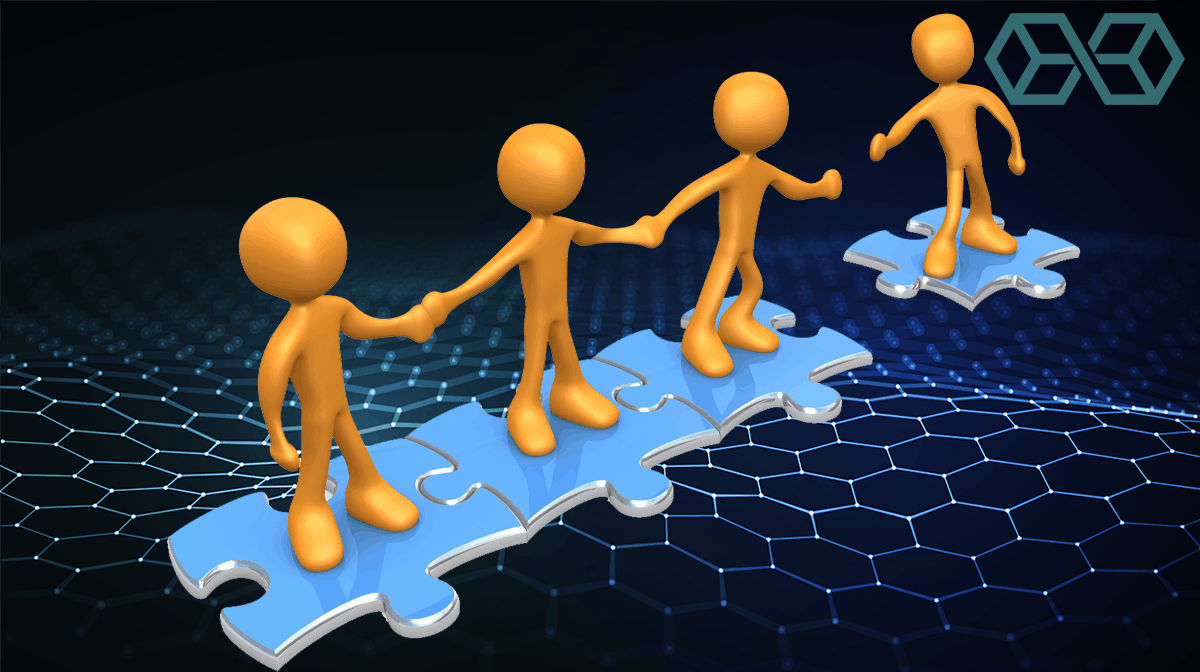 Conversely, the creators of a legitimate ICO will be happy to share information about their team. They will proudly share team profiles publicly, so you can check out their accomplishments and learn about their priorities. Beware of any ICO with nonexistent or hard to find social or business profiles – those are warning signs of a scam. Check out each member of the team individually and make sure their profiles contain information relating to the ICO.

Most – if not all – legitimate ICO offerings will also contain a link to their Team’s LinkedIn profiles or similar professional profiles. This can be a great way to check both the legitimacy of the projects team, but also critically access their team’s likelihood to deliver – even well-meaning teams may not have what it takes to build a functional product.

Don’t get drawn in by a flashy website – it’s whitepapers where the true technical and business ideas come to life. These comprehensive documents should contain a thorough review of the state of the project’s target industry, address how they will solve a specific problem, and layout in clear terms what their technology does. Some projects also choose to publish ‘litepapers‘ or one-pagers, which are easier to read and digest.

Whatever medium a project chooses to present their business plans to their investors, it’s got to stand up to legal scrutiny, and above all, it’s got to make sense. Does the whitepaper indicate that the token is a security? Has the token got an ill-defined use case? Is the problem the project seeks to solve a poorly thought out issue? All of these could point towards the ICO being a scam.

Once again, a legitimate ICO will have plenty of details, so many that your eyes may start to glaze over. Watch out for ICOs that are short on technical or operational details. If the ICO is legitimate, you should be able to find a whitepaper full of calculations, specs, charts, and other important information.

Additionally, while it may sound like common sense, make sure the whitepaper is written well. Teams who are serious about their projects will work with professional writers to craft a great whitepaper, as they realize it’s the most fundamental part of their sale. If it’s written badly, that’s probably indicative of the project itself.

Open Contracts and an Active GitHub

Firstly, a disclaimer here. There are plenty of legitimate projects which will have closed code or private code repositories, as they may have proprietary software which they don’t want their competitors’ copying. That being said, these projects will likely be forthright with that information from the beginning.

For other ICO’s, if there’s a no publicly available code, it could be a red flag. Even worse is a GitHub with few or no commits on. Code commits are a great way of judging how hard the team is working to deliver its product. Without quality code, the ICO is worthless, so make sure there is a code repository available. Beware of any company that is unwilling to share its code in a public repository and make sure that it is being updated frequently.

Likewise, many projects will have public token contracts. A publicly viewable smart contract facilitates the collection of proceeds for their ICO, most often these contracts are hosted via Ethereum. You should be very cautious of any ICO which doesn’t make their blockchain smart contract public in advance of their token sale.

We all want the ICO we’ve just invested in to perform well – maybe becoming the next Ethereum or EOS. But an overly ambitious roadmap or project goals may be a clear sign of a team that is just in it to get investment and run.

Shooting for the stars is a sure sign of an amateur ICO and a possible warning sign of a scam. It is okay to have bold ideas, but you should avoid ICOs whose goals seem unrealistic or unsupportable.

Instead, look for projects which have a clearly defined roadmap, with deliverables on a reasonable timescale. For instance, if an ICO project is offering the next generation of blockchain infrastructure built from scratch, and they give themselves just a few months to deliver, what’s the likelihood of them being sincere about their promises? Instead, overly ambitious goals may be a wider indicator of incompetency in the company.

Last – but certainly not least – is communication. It should be easy to reach the individuals behind the ICO, and just as easy to get your questions answered.

You should not invest in an ICO if you cannot communicate easily with the team members, or if you do not receive prompt and complete answers to your inquiries. There should also have been some news published regarding the ICO’s latest developments.

Most serious and active ICO projects will have a dedicated blog where they update their investors, a Telegram or Discord channel where the community can reach ICO admins, and a dedicated team who respond to concerns and issues raised by their investors. If you head over to an ICO’s Telegram channel, ask a question and hear crickets – chances are it’s a scam ICO.

Investing in an ICO can be a great way to get in on the ground floor of the cryptocurrency market. If the ICO is legitimate and the team members are rock solid, you could make a handsome profit for the money you invest. But before you can book that profit, you need to learn to spot the scams and avoid them. There are plenty of quality ICOs out there, so there is no reason to waste your time (and money) on a potential scam artist.