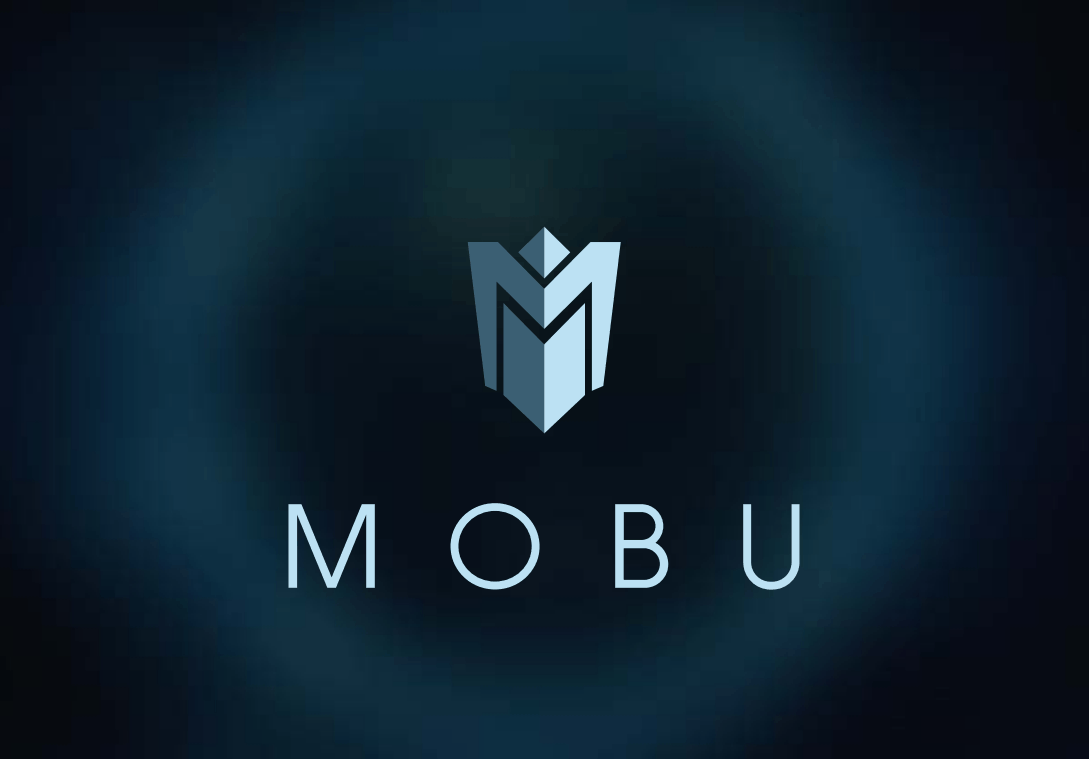 Contents hide
1 Related Articles:
2 The Security Token Dilemma – More Benefits but a Regulatory Nightmare
3 The MOBU Solution – A One-Stop Platform for Launching Compliant Security Tokens
4 The MOBU Token and its Tokenomics
5 The Team behind MOBU
6 MOBU Roadmap and Partnerships
7 MOBU ICO Details
8 Does MOBU Have Potential?

However, ICOs continue to operate in a regulatory grey area. In the United States, the SEC has issued multiple cautions against ICOs, with SEC Chairman Jay Clayton noting that just because an ICO states that it is selling a ‘utility token’ doesn’t mean that the token itself is not a security (and thus falls under the SEC’s purview). Anyone who has followed ICOs over the past year or so is well aware of the number of projects out there whose claims to be offering ‘utility tokens’ are spurious at best.

Quick Recap: Utility tokens are tokens which derive their value by providing access to a product or service. A quick example would be allowing holders to access a blockchain-based e-commerce ecosystem or simply providing discounted fees on an exchange.

Security tokens, on the other hand, derive their value from an external and tradeable asset. While subject to increased regulations, those that pass said regulations allow far more flexibility compared to utility tokens. For instance, security tokens can be issued purely for fund-raising purposes and entitle holders to direct profit sharing or dividends.

Yet, there are signals that the ‘it’s just a utility token’ narrative is slowly changing. As the cryptocurrency landscape continues to mature, more and more legitimate players are realizing that regulation is not something to be shunned but welcomed. Hence, the ‘security token’ label is now being seen as less taboo, and in fact, something positive.

In late-April, CNBC published an article reporting on this new trend, with some projects terming themselves as STOs or Securities Token Offerings to differentiate themselves from the ICO label, which, rightly or wrongly, has become associated with going-nowhere projects and scams.

The Security Token Dilemma – More Benefits but a Regulatory Nightmare

This brings us to the security token dilemma. Sure, launching a regulatory-compliant security token offers far more benefits and flexibility to a project compared to a utility token. However, being regulatory-compliant is no easy task; in fact, it can be a downright nightmare. When you consider that ICO investors typically come from many countries, each with its own regulations it’s easy to see why.

Herein lies the dilemma. As a result, while the launching of a utility token ICO can be accomplished relatively quickly, launching a compliant security token can be a long and laborious process. Yet, its benefits are clear. This creates a gap in the market, a gap that MOBU intends to fill.

According to its whitepaper, the MOBU platform will be able to launch security tokens that are compliant with the following regulations:

The MOBU platform will also offer the following features:

Many of the features described above, such as KYC, legal, escrow, and currency conversion services will be provided by third parties, not MOBU itself. This means that the MOBU platform will not just comprise of security token issuers and potential investors, but other third-party service providers that provide necessary backend and support operations as well. MOBU claims that all third-party service providers will be appropriately vetted.

Two features, crypto to fiat conversions and escrow services, are particularly beneficial to potential investors. This is because, in tandem, they will allow investors to quickly exit post-crowdsale if they so choose. Given the difficulties of doing so in the current ICO environment, this capability, if successfully implemented, will be a huge differentiator and selling point for MOBU.

Here is a diagram outlining MOBU’s proposed process flow for the issuance of a hypothetical security token: 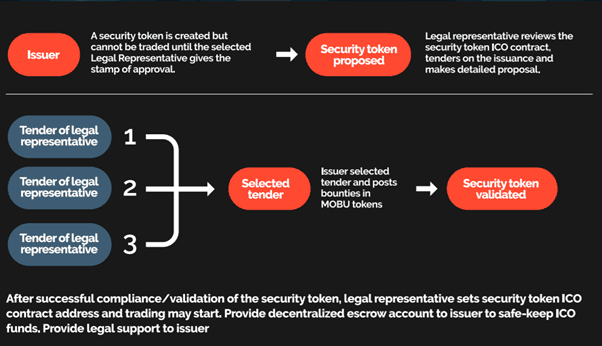 The MOBU Token and its Tokenomics

MOBU has also stated that future partnerships with banks will allow easy fiat to crypto conversions, which will enable participants in the MOBU ecosystem to easily ‘cash out.’ While it is true that this ease of cashing out may be a negative for the token’s future value (why hold MOBU tokens if you can cash out immediately?), MOBU will also be implementing a lock-up mechanism to counteract this. In this mechanism, all third-party service providers will have to stake a certain amount of MOBU tokens for the right to operate in the ecosystem. These tokens will also have to be locked up for the entire duration that these providers wish to operate within the ecosystem.

As for the platform itself, MOBU will be taking a 1% fee for all ICOs listed on the platform. In addition, a small (yet unspecified) fee, taken in MOBU, will also be charged for every transaction within the MOBU marketplace.

The Team behind MOBU

The main team behind MOBU is based in South Africa, with a couple non-South Africa based project members on the development side who seem to have a substantial amount of experience in blockchain development. As for MOBU’s advisory board, its principal members are from Blockcrunch Capital, which bills itself as ‘North America’s Top Blockchain and ICO Advisory’.

As of now, the MOBU project is still in a rather preliminary stage. Its pre-sale is live now until Sep 15 while its main crowdsale will begin on Dec 1, ending at end-Jan 2019. The MOBU token is planned to be listed on Mar 1 2019 while the beta version of the platform is scheduled to go live on Jul 1, 2019. The company also claims to have two signed letters of intent from a chrome and gold mining business that wishes to launch security tokens for fund raising and cost saving purposes. This is slated for Oct 2019.

Some of the project’s milestones are also dependent on the funds raised during the ICO. If MOBU raises a minimum of $10 million, it will develop a forex and crypto percentage allocation management account; the first of its kind. If MOBU raises $20 million it plans to develop the first crowdfarming ICO on the platform while $30 million is what the company claims it will take for the development of a full regulatory friendly crypto exchange which will thus guarantee listing of all ICOs issued through the platform.

As mentioned above, MOBU is still in a preliminary stage. Its pre-sale is currently live till September 30 and participants involved will be able to enjoy a 25% bonus. Here are the main details of its planned crowdsale, which will go live on December 1.

As of September 4, just over 3 days into the presale, MOBU has already raised just over $3m. As such, there is a good chance that the project will hit its $35 million hardcap early into when its public crowdsale goes live in December. 80% of the total MOBU token supply will be used for fundraising, with only 16% allocated for the MOBU team and its advisors; a positive sign.

Does MOBU Have Potential?

The MOBU platform has identified a clear market need in the larger ICO market place. If it can deliver on what it promises, there seems to be little doubt that the issuers would flock to its platform. The only question is whether the team behind MOBU will be able to deliver. With major milestones still so far away, it seems too early to tell.

On the short-term side, this project appears to have good momentum behind it. Its Telegram group has almost reached 50,000 members and there is a lot of positive hype surrounding this project. As such, regardless of the long-term success of the platform, the MOBU token may well turn out to be an effective short-term play.