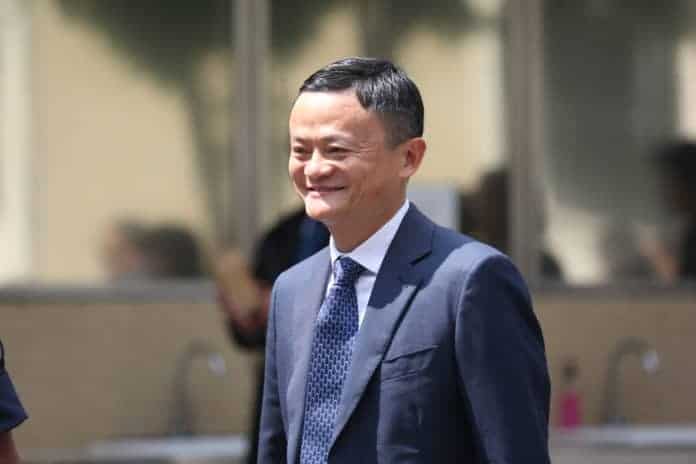 According to 8btc, a blockchain and cryptocurrency news site for the Chinese community, Jack Ma mentioned that he sees strong potential with blockchain technology. Ma believes that blockchain is “a solution to solve data and privacy security solutions to create value for society.”

He noted that people often approached blockchain and cryptocurrency with the idea of gaining short-term profits. “Blockchain is not a gold mine,” said Ma. “It’s finished as a tool to earn money.”

Ma suggested that people should stop focusing on the profits of the emerging technology but instead look at its value and what it could bring to governments, society, enterprises, and consumers.

As reported by Business Insider, Alibaba achieved a yearly revenue of $39.9 billion in its Q4 fiscal earnings of 2018 (ending on March 31, 2018). As the co-founder and executive chairman of Alibaba, Ma has quickly become the wealthiest man in Asia with a net worth of $41.8 billion.

According to the South China Morning Post, Ma stated that “personally, I’m quite bullish about blockchain. Alibaba has been conducting research on blockchain for several years.” While blockchain technology has a variety of purposes from logistics, supply chain management, tackling counterfeits, to processing transactions, Ma regarded the emerging technology as an excellent security and privacy solution.

“Social networks may not need blockchain, but we are doing internet finance in which we process trillions of trading volume,” said Ma. “We have to turn to blockchain, otherwise it would be fatal.”

Even in 2016, Alibaba’s affiliate Ant Financial was testing blockchain technology to increase transparency and accountability with Chinese charities. They went on to hire many blockchain experts in 2017.

While many have speculated whether the Alibaba Group is looking to join the cryptocurrency industry, Alibaba remains firm on their unsupportive stance. Alibaba Cloud denied rumors of building a cryptocurrency mining platform while Alibaba’s subsidiary Taobao suspended all advertisements related to ICOs from the platform.

It seems as though not much has changed. Jack Ma in December 2017, during Bitcoin’s peak, told CNBC Shanghai that:

“I don’t know about Bitcoin at all. Even if it can really work, the rules of global trade and the financial system will be completely changed. I don’t think we are ready. So I’m still paying attention to Alipay… to the US dollar, and the Euro. We have a team that studies blockchain, but Bitcoin is not something that I want to pursue. We don’t care about Bitcoin.”