Stablecoins are rising in popularity, leaving many wondering what the future holds for this type of cryptocurrency. The growing number of brands developing or looking into branded stablecoins is also on the rise. But why? The utility of using stablecoins to process payments certainly makes sense for brands.

“For traders and investors, however, stablecoins address a problem that plagues many popular crypto exchanges around the world—the exchanges don’t have relationships with banks, meaning investors can’t use dollars, euros or other government-backed currency to buy the cryptocurrencies they want to trade,” Tomio Geron explained in a Wall Street Journal article.

However, there is certainly more to the enticing nature of a less volatile form of digital currency. Payment flexibility, price stability, and blockchain technology is supported by today’s stablecoins. But let’s not count out the cost cutting profits, YOY financial growth, marketing opportunities, and customer loyalty at stake for early adopting brands. And brands are certainly seeing the value.

Facebook is developing Libra, a stablecoin that could completely disrupt the financial space, opening up global payment pathways to its 2.41 billion worldwide user base. 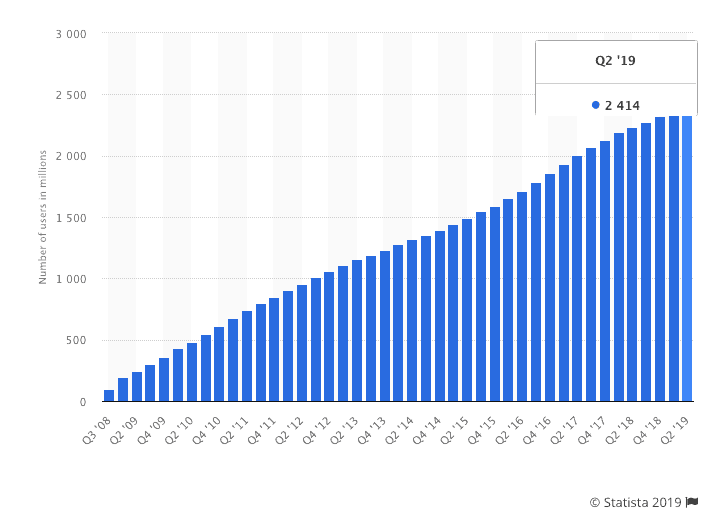 This of course comes with a few security concerns, but Facebook isn’t the only brand on the blockchain. Walmart is also looking into its own branded stablecoin, hoping to follow in the development steps of Facebook’s Libra.

Branded stablecoins could ease cryptocurrency and blockchain technology adoption across multiple industries. “Today, with over 120 projects on the market, it seems that stablecoins may lead the mass adoption of cryptocurrency payments for which the industry ‘veterans’ have been waiting,” Tatiana Koffman said in a Forbes article.

In fact, the stablecoin industry could be valued at a trillion dollars within ten short years. So what’s the future of stablecoins? Branded stablecoins. Let’s take a closer look.

Stablecoins have been relatively “under the radar” when it comes to cryptocurrency. The recent stablecoin popularity has come on the heels of Facebook’s stablecoin Libra, and now Walmart’s application for a cryptocurrency patent.

P.H. Madore explained in a CCN article, “Is Walmart trying to compete with Facebook Libra? Will CEO Doug McMillon be hauled in before legislators to defend his company’s right to innovate? Will the token ever actually launch at all?”

For instance, Walmart could become a payment system in itself, since they stated in the patent application that the crypto could serve up no to small fees. Walmart could also: 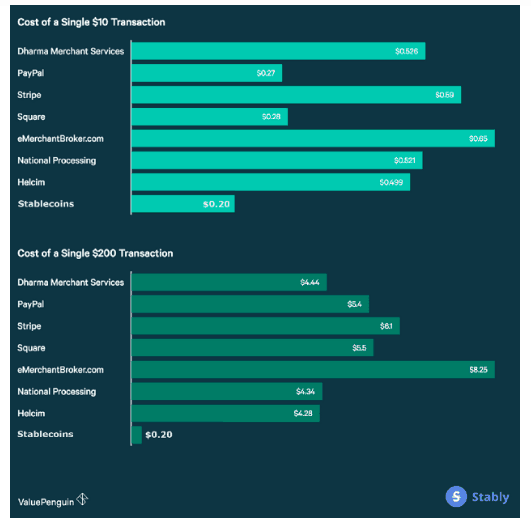 It does sound a bit futuristic, but stablecoins could be the future of payments. Facebook and Walmart could very well corner the stablecoin market with their forward-thinking approach to making cryptocurrency mainstream.

What are the Branded Stablecoin Benefits?

The payoff could be huge for brands that become early stablecoin adopters. From quarterly profits to marketing, there are a number of business areas where stablecoins can make a positive impact. These areas include:

The Next Generation Stablecoin is Around the Corner

Today’s stablecoin is Tether, USDS, PAX, and others, simply pushing the less volatile angle with the 1:1 ratio between digital coin and a fiat currency or commodity. However, this generation of stablecoin is almost over. The next generation will maintain the non-volatile benefit, but also be heavily branded and come with a lot of new utilities like rewards, exclusive features, and potentially meta-stablecoins.

So the future of branded stablecoins is “branded” stablecoins themselves. Brands are beginning to see that the less volatile cryptocurrency could lay the foundation for many of the original crypto utilities we’ve all been waiting for. It will certainly be exciting to see how stablecoins disrupt nearly every industry in the decade to come.