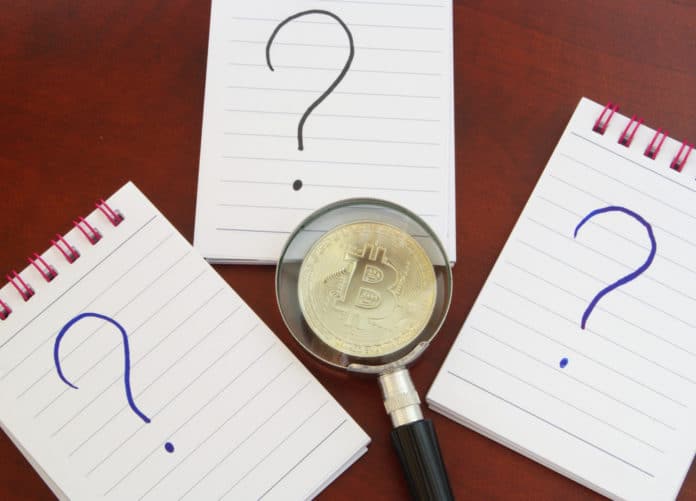 On February 8, 2018, Refereum cancelled its planned ICO on the day of the ICO itself. The backlash from the crypto community has been fast and furious. Many are calling for blood, or rather, hoping for the Refereum token to crash hard.

Contents hide
1 Refereum: Cutting Out the Marketing Middleman
1.1 Related Articles:
2 How the Refereum Ecosystem Works
3 Refereum Development Status and Roadmap
4 The Team behind Refereum
5 Refereum ICO Cancelled – Massive Community Outrage and Backlash
6 The Refereum EarnDrop Program
7 Where Can You Purchase RFR Tokens and How Have They Performed?
8 What are the Short Term and Long Term Potentials of Refereum?

Before we go into what happened to the Refereum ICO and why the community is so outraged, let’s see what Refereum is all about.

Refereum: Cutting Out the Marketing Middleman

Refereum is a blockchain-based gaming referral network to connect influencers, players, and developers directly. It aims to cut out the ‘marketing middleman,’ the large marketing agencies.

Referral marketing may be the most powerful form of marketing for video games. With the global games market size hitting $108.9 billion in 2017 with 2.2 billion gamers, then any improvement to the referral marketing status quo will be very valuable. According to Statista, the video games industry spent $3.63 billion in 2017 on advertising (for some reason the Refereum whitepaper lists this figure as $20 billion despite using the same source – genuine error or deliberate misrepresentation?).

Here are some of the problems with the status quo of referral marketing that Refereum aims to solve.

How the Refereum Ecosystem Works

The Refereum ecosystem is simple. Like many others, it is built on the Ethereum platform and its token, the Refereum token (“RFR token”) is an ERC20 token. The RFR token is the incentive mechanism for its platform and can be earned or spent in the following ways:

Refereum has already completed its testnet version, and if you go to their website, you can sign up for the platform. No dates have been provided as to when the full version will be released or how the platform will expand in the future. The roadmap spelled out in its whitepaper stops at the ICO, meaning its roadmap is entirely in the past. The whitepaper does mention that Refereum intends to expand out from the gaming industry in the future, but again, no concrete details.

The company does mention that Epic Games, the studio behind such blockbuster games such as Gears of War and Unreal Tournament, has added their top Twitch game ‘Fortnite’ to the Refereum platform. Registered users can earn RFR tokens by watching Fortnite streams on Twitch or when buying Fornite from the Epic Games store.

Refereum has also managed to win the support of the Twitch platform and Unity Technologies, a video game engine company. Considering the power and reach that Twitch has in the gaming community (100 million monthly users and 15 million daily users with 2.2 million monthly broadcasters), getting its support is a big win for Refereum.

The Team behind Refereum

Refereum is headed by Dylan Jones, formerly at Unity Technologies and the founder of Gamenest a game co-working space. Supporting him are other game industry veterans, although only two of the core team appear to have any blockchain-related experience.

Here’s what happened. On the day of the planned ICO, February 8, 2018, the Refereum team abruptly announced that it was cancelling the public sale. This was a few hours before the start of the ICO. The reasons they gave were:

The Refereum whitelist had over 150,000 people. Its Telegram has just under 100,000 members. In order for whitelisted members to participate in the public sale, they had to jump through several hoops to pass KYC/AML. These hoops were essentially free marketing exercises for Refereum; members had to fill out surveys, invite friends, post links etc.

In the end, all this was for nothing. Many felt that they had been used as nothing but free marketing machines to build hype for the private sale. They felt that this had been Refereum’s plan all along: generate massive hype to show the viability of the project, only to turn around and sell it to ‘whales’ in a private sale. There are also rumors that said whales have been trying to dump some RFR tokens on EtherDelta.

Further, some members of the Refereum subreddit have claimed that they have received spam emails after signing up for the Refereum whitelist, implying that Refereum had sold their email addresses. Others have claimed that for such a large Telegram group, the chat was not as active as it should be, indicating the possibility that numbers were boosted with bots. The subreddit itself, despite having over 15,000 readers, is also not very active (although you could earn points that can convert to RFR tokens by subscribing to that subreddit, another marketing hoop Refereum made people jump through).

The Refereum team has, of course, denied all this. They claim that they had no idea that they would reach their maximum sales quote cap so quickly in the private sale.

In an attempt to salvage their standing with the angry community, Refereum has announced a program called EarnDrop. The EarnDrop program will give RFR tokens free of charge to the whitelisted members who were left disappointed by the cancelled public sale. The number of tokens given out will be based on when they joined the whitelist, their level of participation, and their value of contributions to the Refereum community. That’s all the details at the time of this writing.

Where Can You Purchase RFR Tokens and How Have They Performed?

At present, RFR tokens are not yet listed on any exchange. However, as mentioned above, some people claim that you can find some for sale on EtherDelta.

What are the Short Term and Long Term Potentials of Refereum?

On the short-term, it doesn’t look good for Refereum at all. Unless Refereum’s EarnDrop program can give enough RFR tokens to the whitelisted members (which seems doubtful as that will lower its value), the negative publicity generated from the canceled ICO may have severe consequences for the project.

Even on the long-term, there are some questions regarding its long-term business model. For instance, as a pure utility token, there is no incentive to hold the RFR token after a transaction. This is the velocity problem that plagues most utility tokens. In the case of the RFR token, there isn’t even a holding or staking mechanism in place yet to mitigate this issue.

Further, many of the problems with the referral marketing status quo that Refereum is trying to solve aren’t as big of an issue as they make it out to be. Using simple affiliate links, influencers can indeed promote a certain game with accurate tracking. Twitch streamers can join its partnership program which allows monetization through subscriptions and broadcast numbers. Perhaps the best case long-term scenario for Refereum might be an acquisition by Twitch, but how likely is this?

What do you think of Refereum? Can it really disrupt the video game advertising industry? And can it recover from the negative publicity generated by its cancelled ICO? Let us know your views in the comments below.